NYPD Has Foiled Every Terror Plot In History, Including Guy Fawkes And Assassination Of Archduke Ferdinand 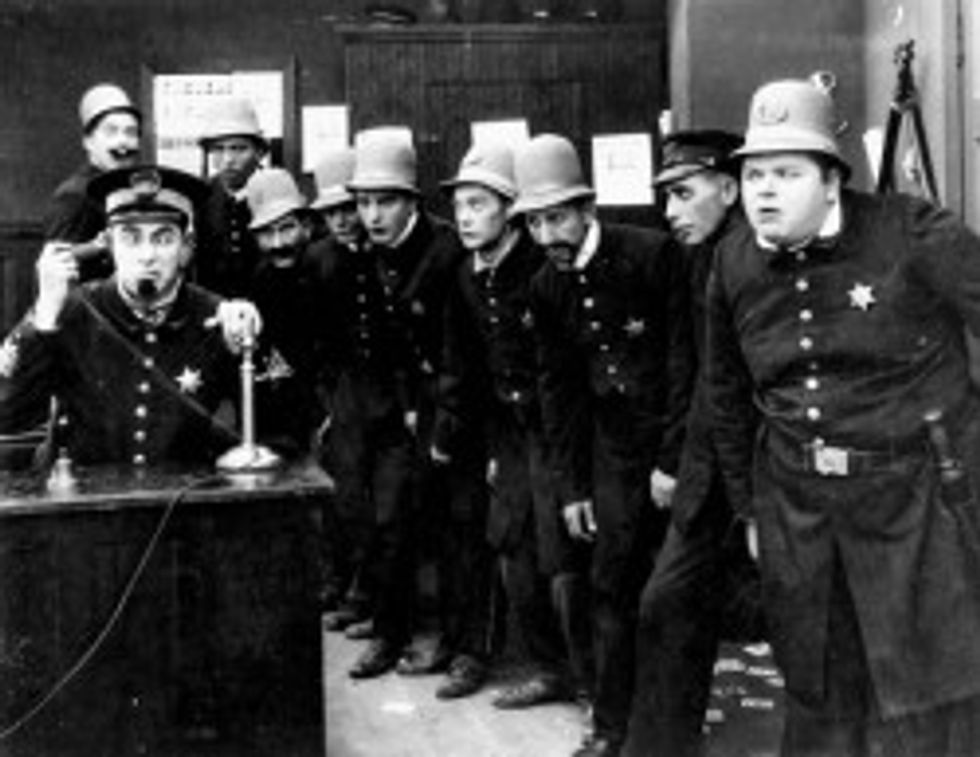 Gosh, it's good to know that since 9/11, the NYPD has ramped up its counter-terrorism capabilities to the point where it now has a domestic surveillance unit that would be the envy of many a small nation-state, because, hey, apart from some niggling littlecomplaints from civil liberties extremists, that huge anti-terror apparatus has gotten results, bucko: at least 14 serious terror plots broken up and a whole bunch of would-be jihadis sent to the Big House to ululate in solitary for the rest of their lives. NYC Michael Bloomberg, never one to exaggerate, has called the NYPD "the best police department in the world and I think they show that every single day and we have stopped 14 attacks since 9/11 fortunately without anybody dying." So, awesome job kicking jihadi butt those 14 times! You brave NYPD anti-terror cops really earn that bloated anti-terrist budget. Maybe you should go buy another tank. Why, the NYPD itself is so proud of its accomplishments that it has published the list of all 14 on its website, so that everybody can see what an excellent job they did. Oops.

And so Justin Elliott, an investigative journalist at the awesome nonprofit Pro Publica, did exactly that. Turns out that it's actually a list of 14 plots that NYPD either completely failed to detect or had only tangential involvement with, plots that mostly existed because government informants moved them forward, or plots that posed little actual danger or whose would-be perpetrators never got beyond the "hey, maybe I'll go kill me some infidels" stage of wishful thinking.

Of the actually serious, developed-to-the point-of-maybe-being-dangerous cases, three out of three of them were completely off NYPD's radar, which you have to admit is a pretty impressive ratio. They include the Times Square bombing plot, which was foiled by the bomber's incompetence, not by skillful sleuthing (the sputtering failbomb was noticed and reported by a food cart vendor, not a cop). NYPD takes credit because, hey, it was a bomb, and it didn't go off, now did it? WE WON, so shut up! The two other cases in this category were actually broken by other investigative agencies, but because they involved NYC in some way, a representative of NYPD got to stand near the podium at the press conference. That totally counts. For one of these cases, the "liquid bomb" plot that now means everyone has to buy bottled water in the gate area for seven bucks, Elliott details just how tenuous the NYPD's connection to the plot was:

The plot is included on the NYPD's list of 14 because, according to British authorities, one of the men had a memory stick that had information on flights bound for several Canadian and American cities, including, in one case, New York. The plan was to blow up the planes over the ocean.

Another three cases involved "terrorists" who were largely created through the investigative process itself, using a paid informant who finds some hotheaded twerps who say some derka-derka stuff about jihad, string them along with a little "You know, America IS a great Satan, maybe something could be done about that, ya think?" and then the informant eventually "helps" them get ahold of a fake bomb so that the hotheaded twerps can be arrested for terrorism. In these made-up terrorist plots, NYPD was at least actually involved in the sting, usually in conjunction with other agencies, so they should at least get a few hours of creative writing credit. But it's an elective, and non-transferable.

So that's six cases, how about the other eight?

Half of them were the terrorism equivalent of vaporware: Somebody may have said something about maybe blowing something up, but the "plot" never even got as far as a sketch on the back of a napkin. For instance, there was a rumored 2003 Al Qaeda plan to maybe release cyanide in the NYC subways, but the plan was apparently abandoned. However little evidence there was that the plot ever existed, there's even LESS evidence that NYPD had any influence on the decision to abandon it...if it existed, you know. NYPD is also reportedly planning to take credit for preventing a series of tiger attacks by holding a banana in its ear.

The other half are plots for which someone was actually prosecuted, but which federal officials or other experts have said didn't constitute a serious threat. One of these was the prosecution of Jose Pimentel, who awaits trial on "rarely used state-level terrorism charges" after federal law enforcement agencies decided that the case against him was too weak to pursue:

In a series of leaks, federal authorities expressed skepticism that Pimentel was a threat. A federal source told the New York Post that Pimentel was a "'stoner' who wasn't a real danger to anybody other than himself." Another source cited by the Post questioned his mental faculties, saying he had once tried to circumcise himself. A federal source told DNAInfo criminal justice editor Murray Weiss: "Let's just say there were issues whether [Pimentel] had the ability to do this without the intercession of the confidential informant." Weiss also noted that the informant went shopping with Pimentel at Home Depot to buy pipe bomb materials, and the bomb was constructed at the informant's apartment. Pimentel, who reportedly could not afford to even pay his cell phone bill, has pleaded not guilty.