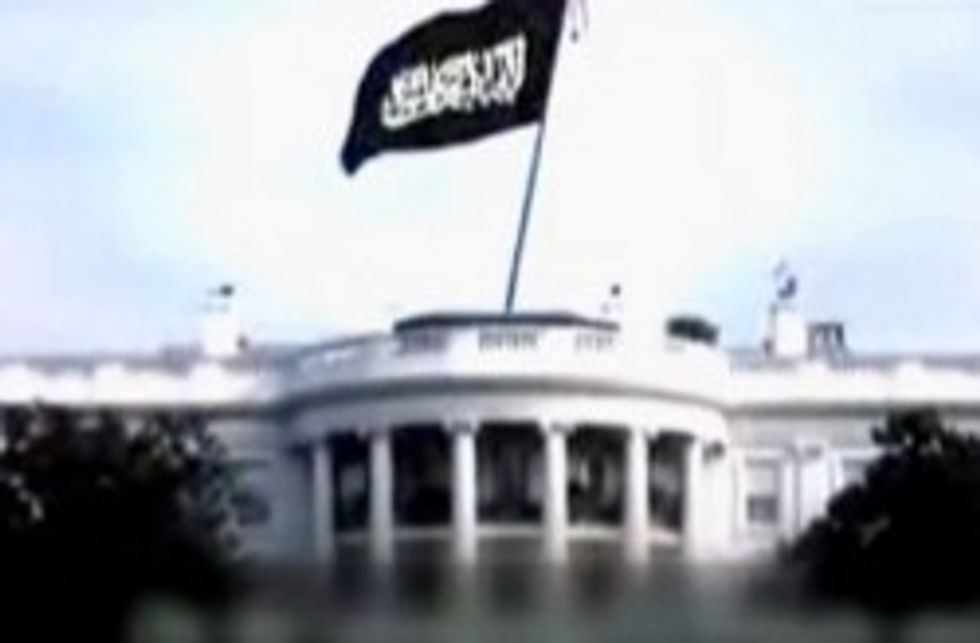 A terrible documentary film called "The Third Jihad," allegedly bestowed upon the New York Police Department by someone at the Department of Homeland Security, was used to "train" new policepersons, was apparently put "on a continuous loop" at NYPD HQ, and was viewed by nearly 1,500 officers in total during its run, which began in 2010. The film was created by the Clarion Fund, which put out another awful anti-Muslim film called "Obsession: Radical Islam's War Against the West" prior to the 2008 election. The new one is filled with similarly violent imagery like deadly shootings and car bombs, and depicts an Islamic flag flying at the White House. "This is the true agenda of much of Islam in America," a voiceover says. "A strategy to infiltrate and dominate America."

The Village Voice was the first to break the news of the film last year, after which an NYPD spokesperson denied that the film had been used (or viewed) as widely as claimed, and added the film was eventually "reviewed" and found to be "inappropriate" for training purposes.

Now, police documents show that the film was actually shown "on a continuous loop" for as long as a year.

Of course, the Clarion Fund sounds like something that would be connected to Newt Gingrich, and it kind of is. Gingrich's big new super PAC donor, the casino fat cat Sheldon Adelson, has also supported the Clarion Fund. Clarion doesn't often rake in that much cash, but the New York Times found that in 2008, the year "Obsession" was released, the fund's cash jumped to more than $18 million from the more typical $1 million or so it gathers annually.

The film is full of fear-mongering narration, such as:

Americans are being told that many of the mainstream Muslim groups are also moderate, when in fact if you look a little closer, you’ll see a very different reality. One of their primary tactics is deception.

How the video got to the NYPD and why it was authorized, and then downplayed, is now in question. The Times reports that someone from the DHS "handed" the DVD to someone in the NYPD at the start of 2010. But "a Department of Homeland Security spokesman said it was never used in its curriculum, and might have come from a contractor."