O.J. Simpson, Of All People, Thinks He Has Room To Criticize Colin Kaepernick 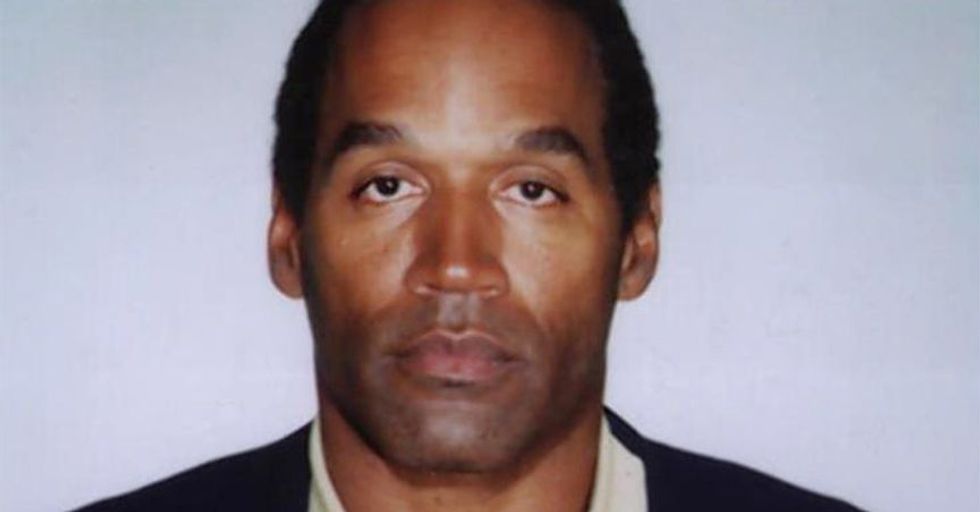 In an wide-reaching interview with the Buffalo News, O.J. Simpson --yes, O.J. Simpson -- expressed his disapproval of Colin Kaepernick, and all the other football players kneeling during the national anthem in protest of police brutality.

"I think Colin made a mistake," Simpson said. "I really appreciate what he was trying to say. I thought he made a bad choice in attacking the flag.

"I grew up at a time when deacons were in the KKK. I don't disrespect the Bible because of those guys. The flag shouldn't be disrespected because of what cops do. The flag represents what we want America to be."[...]

"When he did it the first time," Simpson said, "I thought, 'Well, you took a gamble, and I give you credit.' But it was him continuing to do it where he made the biggest mistake.

"I'm a firm believer of doing what you think is right, but I would always stand for the flag."

Which is a good thing! And even if it were not a good thing, it would still not quite compare to, you know, being "civilly liable" for murdering two people or guilty armed robbery. One would think that once you are O.J. Simpson, you kind of lose the authority to criticize anything anyone does.

But the fact that he's criticizing them for protesting racist police brutality is more than a little galling. Of all the things! If anyone should be grateful for people being pissed off about racist cops, it ought to be O.J. Simpson, who would probably have gone to prison for murder if racist cops going around brutalizing people of color had not been a problem in the first place.

And I fully understand that. I think that anger was absolutely justified. I think it is unfortunate that O.J. Simpson, of all people, ended up being the beneficiary of it.

One person Simpson does not criticize in the interview, however, is Donald Trump. Although he says he probably would not have voted for him if he had been legally allowed to vote in the last presidential election, when asked about Trump's previous bid to buy the Buffalo Bills, Simpson talked about how he was "fun" and a "man's man."

"If you were good, he would've been fun," Simpson said. "Ain't no doubt about it. The one thing I can say about The Donald is The Donald is fun.

"Well, for a dude — and I consider myself a dude — Donald is a man's man. He would be a fun guy. But that's hanging out. ... If the Bills weren't winning, it would have been tough."

Simpson also briefly spoke to the recent special that aired on Fox -- an interview from 12 years ago in which he goes in to some pretty sharp detail on how -- hypothetically -- he would have murdered Nicole Brown Simpson and Ronald Goldman, had he done it.

"Listen, if I confessed 12 years ago," Simpson told the Buffalo News, while laughing "you would have heard about it 12 years ago!"

He said that he did not watch the documentary, and does not watch anything about himself because he is too busy playing golf.

"I watch nothing of me," Simpson said, between sips of his McCafe coffee. "I didn't watch it because I knew they were all haters, and people will say things that are just not true, and there's nobody there to challenge them, and that would piss me off.

"So why? It's a beautiful day. I'm about to go play golf. Why should I have some crap in my mind? You've got to let it go."

Well, isn't that nice for him.