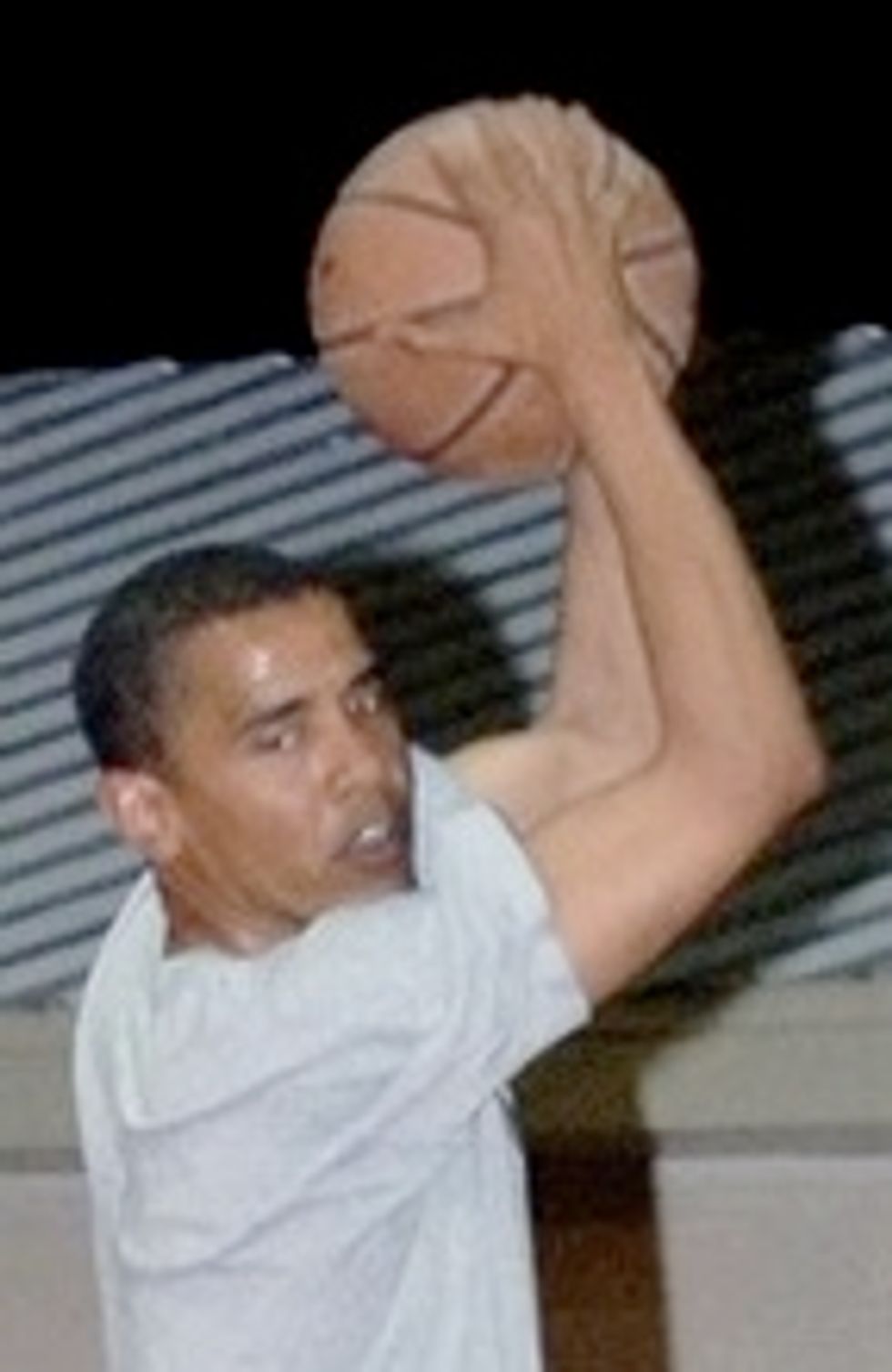 According to somePhiladelphia CityPaper blog post we don't really believe and can only half comprehend because the HTML is all broken because a million people must be trying to read this same important scandalous story right now, Barack Obama was seen in a gym somewhere using the failed Microsoft music player called "the Zune" -- instead of the Apple Mac iPod, which is what fancy people use, because they are so classy with their taste and money. UPCOMING REVELATIONS: Obama wears Old Navy jeans, likes Coldplay, loved The Da Vinci Code, and thought Return of the Jedi was the best of the original trilogy, because of the Ewoks. [CityPaper & CityPaper]