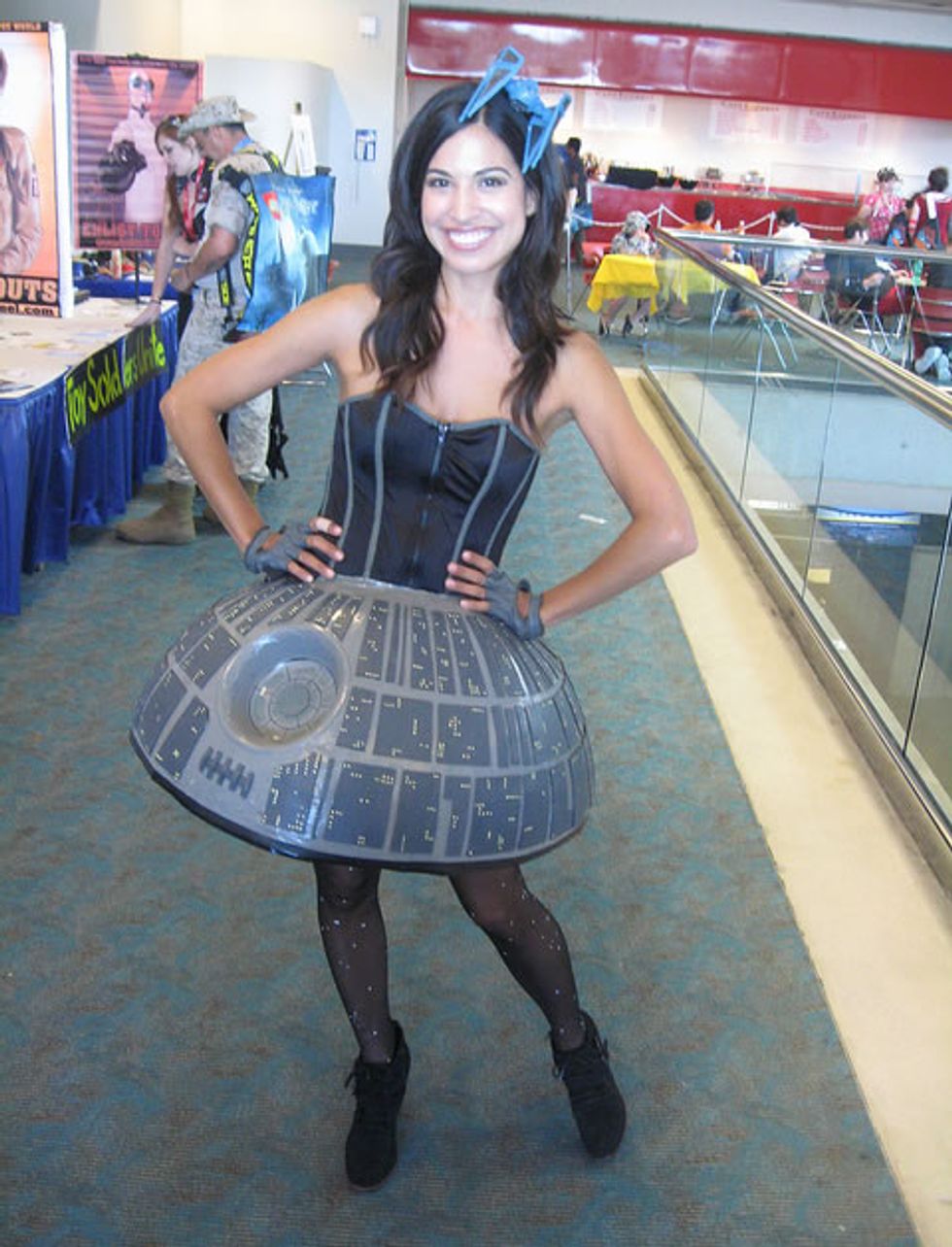 Nerds who petitioned the White House to "Secure resources and funding, and begin construction of a Death Star by 2016" were dealt a massive wedgie by Paul "Darth" Shawcross Friday. The Chief of the Science and Space Branch of the Office of Management and Budget posted a fairly epic bit of geekery, noting that "The Administration does not support blowing up planets" and carefully including many catchphrases from the popular "Star Trek" series of films, in which the "Death Star" is a sizeable fortress inhabited by venomous space elves of some sort.*

The response is actually a pretty nice bit of slow-news-day fluff, combining Star Wars riffs and reminders that the Administration is considerably more pro-science than the other guys, and trumpeting some of the science and tech programs it's supporting. (Does Shawcross mention the kinda-cancellation of plans for manned missions to Mars? Ha! Was Carrie Fisher ever sober while shooting Empire?)

Shawcross also notes that we have a President who "knows his way around a light saber" (nerd cred points off, Paul -- it's a single word) and links to this nifty video of Barack Obama goofing around with a kid's science fair demonstration at the White House:

Didja notice the Nerd President's choice of words at 0:28? The man effortlessly quotes Star Wars without even calling attention to it. Now, witness the power of this fully operational marshmallow cannon!

In any case, we already knew that our President is one hella fine nerd, as we all saw in this 2009 video of John Hodgman at the Radio & TV Correspondents' Dinner:

* Haha, that is all just Bantha poodoo! We are actually big Star Wars fans, which means we are just as incapable of serious adult relationships as any of you.

Check out Wonkette on Facebook and Twitter and even on Tumblr. And if can make the Kessel run in under 12 parsecs, Doktor Zoom is on Twitter, also, too.