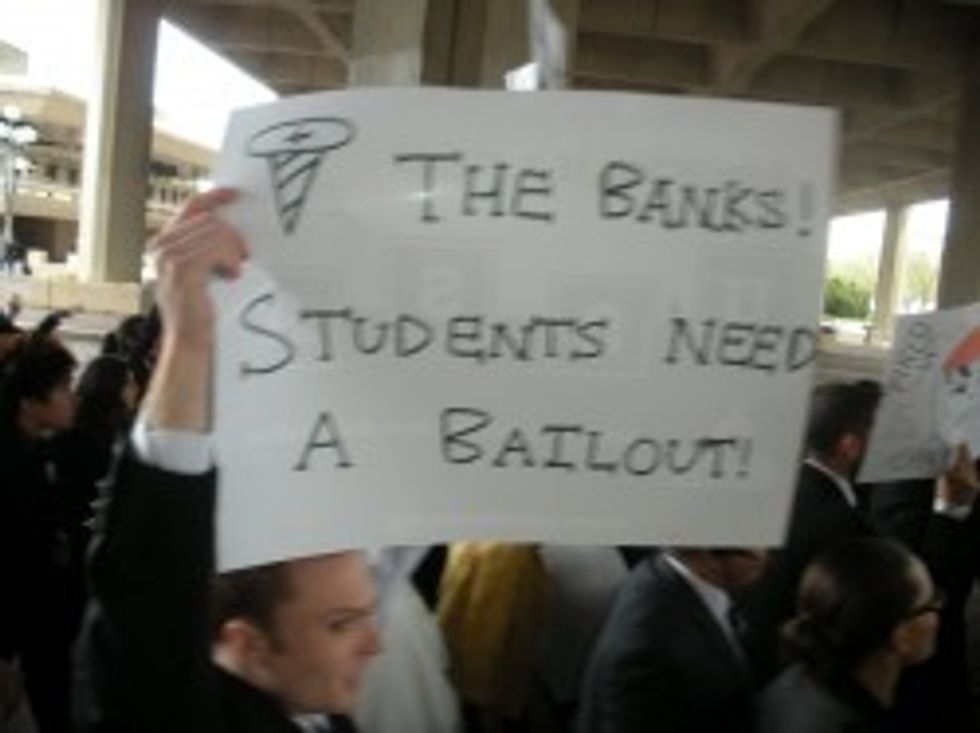 OH, THAT'S KIND OF WEIRD: President Obama willmake a fancy announcement about some sort of Official Plan to help the college edjumucated young'uns shed a few less tears when they receive their mammoth monthly student loan bill statements, just now, today, for some reason! Oh right, the kids are angry these days. Obama's mollification program for the Occupy Wall Street protesters concerned about crushing student loan debt includes a timid handful of tweaks to the current federal student loan relief plan that will probably only help 16% or so of over 36 million borrowers, but here's "hoping" their love comes cheaper than Wall Street bankers'!

The main thing is that these tweaks will take effect in 2012 instead of boring old 2014, so that Barack Obama can toss out some bland statistics on these Important Changes when campaign trail reporters pitch him a few questions about how he plans to win back the Pissy Youth Vote, on principle, since one major aspect of the program will not change anything whatsoever for current loan holders.

The administration’s Pay as You Earn plan, to be announced today, has the potential to cut hundreds of dollars from a borrower’s loan payment, the administration says, and it will help about 1.6 million students and alumni. But there are caveats, the biggest being that current borrowers will not be eligible to participate. Only those who are in college or university and who take out a student loan next year will be eligible.

So probably none of those protester people will be very happy about much of this, which is why the police are busy tear-gassing and trucking them off to prison. [AP/ABC News]