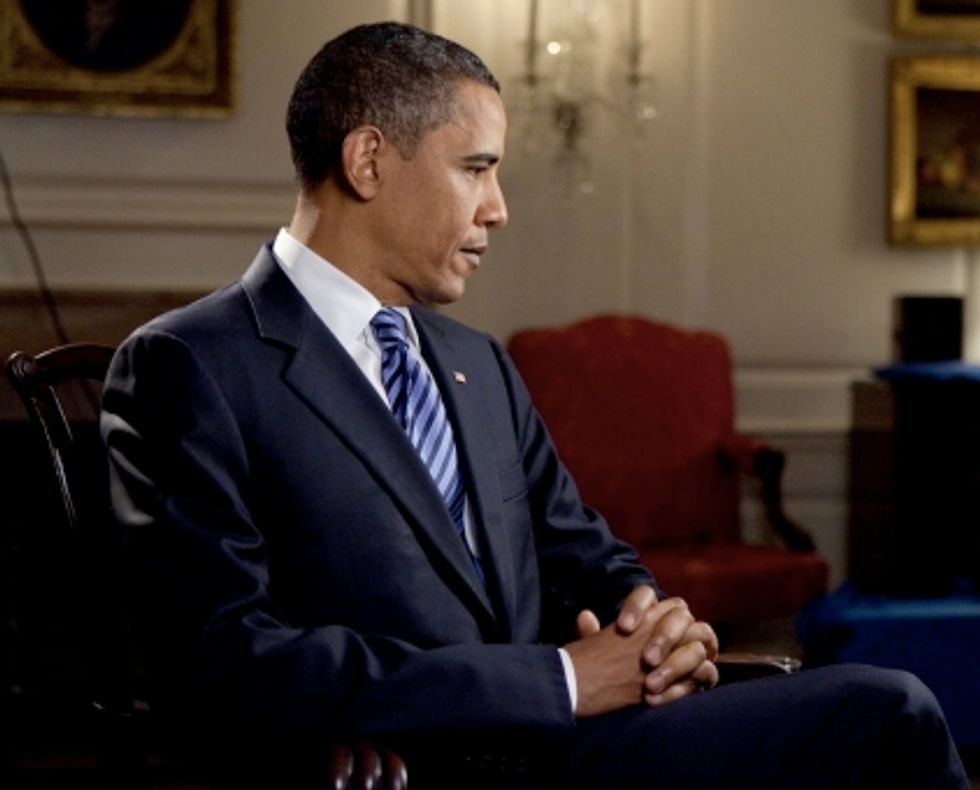 We learned yesterday that General Stanley McChrystal made some comments about civilian leaders in the administration. Since then, America's pundits have waited PATIENTLY for his stupid plane to get to Washington so Obama could yell at him. Well, he had his meeting. And, uh, what happened? FIRE HIM OR KEEP HIM OBAMA. This is SERIOUS. Some guy MADE FUN of Joe Biden. We have all taken our sides and will yell about whether Obama's decision is right or not as soon as it's announced. Barack Obama is the last person on Earth who has not decided whether McChrystal should be fired or not. It's time to DO SOMETHING.

You know what is the real insubordination here? YOURS, Obama. The Wall Street Journal already fired McChrystal. The Washington Post already kept McChrystal. So pick one. Either one. AND DON'T GET SMART WITH US AND DEMOTE HIM OR MOVE HIM TO PART-TIME. Do it. Just do one of these things.

We are trying to fight a war here, Obama. A war over whether making fun of Joe Biden should get you fired or not if you happen to be in the military. Our brave cable news airtime is dying over there, yet you sit in your little office, doing nothing. America needs to get back to stalking Tony Hayward. This has gone on far too long.

Oh, you're making an announcement at 1:30? YEAH, YOU'D BETTER. And it better be fucking moving.