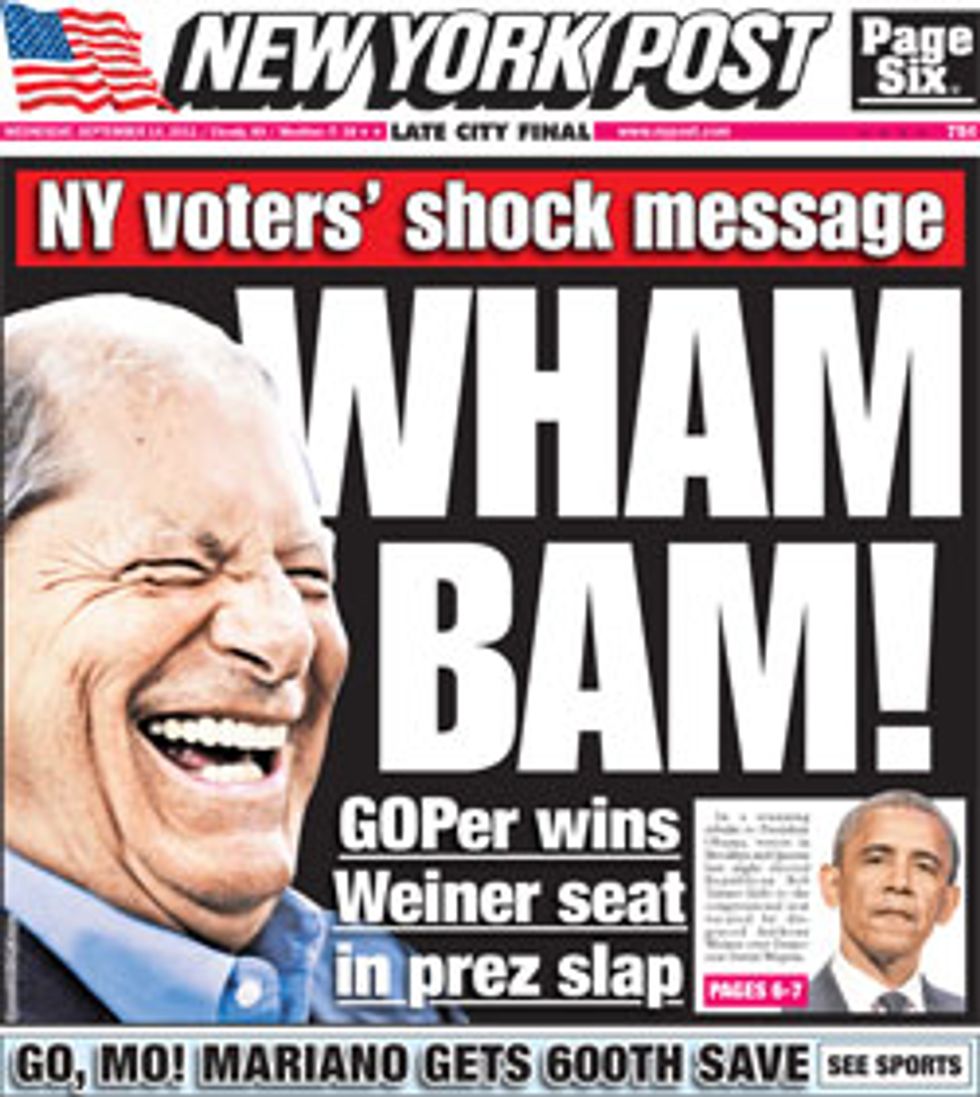 Hey, did everyone know that Barack Obamawas un-elected last night? Yeah, a weird thing happened. Instead of just voting for a new representative to replace Anthony "dick pix" Weiner, his entire old NY-9 congressional district got together to just cast their 2012 votes ahead of time, because seriously, who likes these eternal election cycles anymore. And the results are in: New York is finally tired of being godless, gay, socialist, and also not Jewish enough! They've chosen maniacal cackling Republican Bob Turner to be the new President of New York of America. The technical details still require us to point out this was nominally a House race between Bob Turner and Democrat David "tiny dancer" Weprin, but that is a terrible and boring headline with no stakes to it. Why is Barack Obama such a horrible failure that he lost the 2012 election a full year ahead of time? HINT: because of everything Republican pundits hate about him!

The AP, meanwhile, has the actual numbers to help explain why Obama lost this election:

And that is that! Congratulations to Bob Turner, the new president of 2011. [AP]