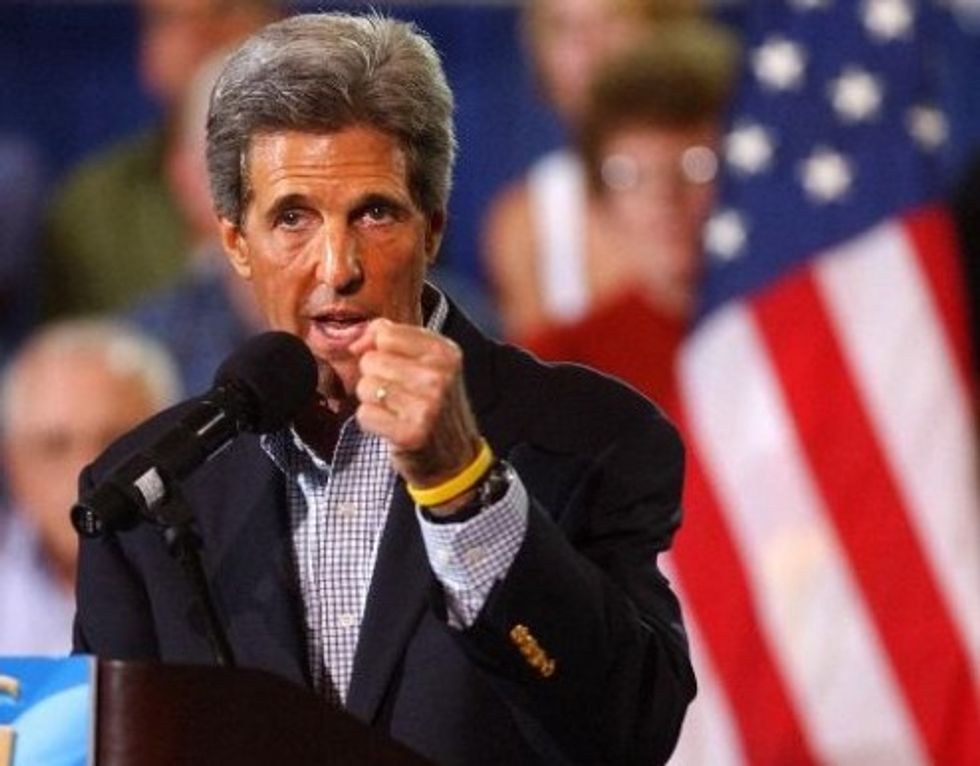 Hi people of Massachusetts! Did you enjoy your brief flirtation with having two Democratic senators like a goddamn blue state should? Welp, that's over thanks to the Kenyan socialist pretender! After some incredibly boring speculation, it looks like hangdog-faced John Kerry will be your new Secretary of State, America!!GET EXCITED:

President Obama will nominate John F. Kerry, the five-term senator from Massachusetts, to replace Hillary Rodham Clinton as secretary of State, White House sources confirmed, choosing a longtime political ally who shares much of his foreign policy worldview and is likely to sail through confirmation hearings. Obama settled on the 2004 Democratic presidential nominee shortly after the wrenching withdrawal of Susan Rice, his envoy to the United Nations, as the top candidate for the post.

We assume that John McCain and Lindsay Graham are still doing their long slow dance of joy over ratfucking the Rice nomination, while also thinking about how they can claim that moderate mush-mouth Kerry is also not acceptable.

We're sure Kerry will be...adequate...at State. There will never be an awesome iconic memefest of him looking awesome while texting, and he'll probably say really stiff and boring things (but he did not say "Who among us does not like NASCAR" so stop joking about that please now). The problem is, Kerry's boring adequacy will be utterly overshadowed if his ascendance returns sexy sexy Scott Brown to the Senate:

The four House members suffer from low name recognition. A majority of Bay State voters either don’t know of or don’t have an opinion of Meehan, Capuano, Markey and Lynch. Brown is viewed favorably by 58 percent of voters, and only 28 percent view him unfavorably, the poll found.

Goddammit Obama. Now you've saddled us with the very real possibility of Massholes putting Senator Staple-Crotch back in office again.  This guy is one lucky motherfucker when it comes to special elections arising. Two more years of casual racism from staffers! Two more years of the stupid, stupid truck! 2014 can't come soon enough.