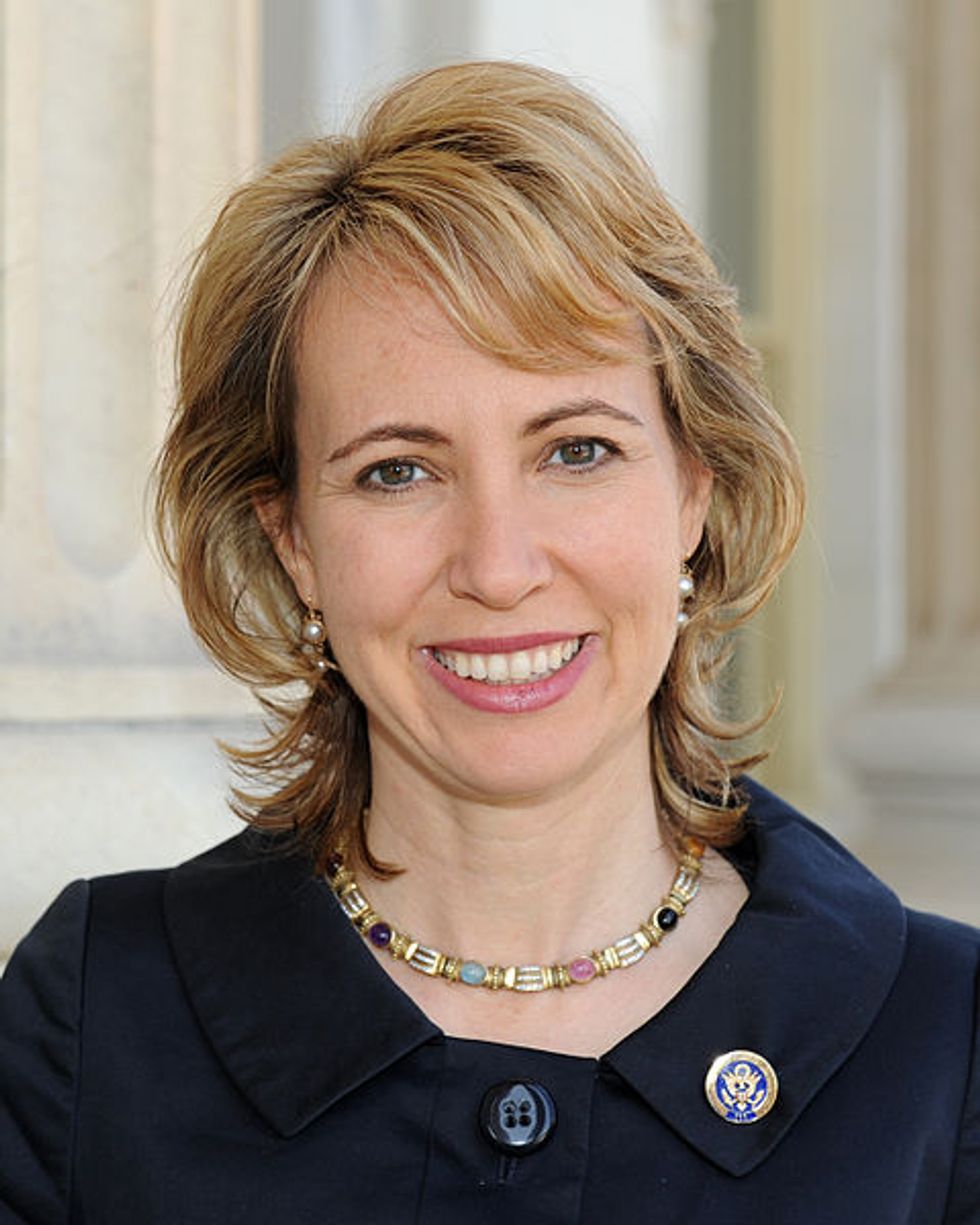 Barack Obama's Arizona speech may have seemed like a way to "memorialize the victims" or "call for a new way for us all to treat each other" or "lead the country like a president does," but really, of course, it was a way to deliver his huge, #1, "MUST CREDIT OBAMA!!!!" scoop: Gabrielle Giffords opened her eyes yesterday for the first time in the hospital. Hooray! But also: We hope somebody got fired atPolitico for this, because they were beaten on what should have been their scoop. Obama won the evening, Mountain Time, and they have no excuses for it. REAL journalists would have figured out a way to get in Giffords' hospital room, such as beating up her husband in a broom closet, locking him in, and coming out in his clothes, the cleverest of disguises. Still, they have a few details Obama neglected to mention, about her health situation and what happened when her eyes opened, if you still want them.

Surrounded in her hospital room by her husband, her parents, former House Speaker Nancy Pelosi, Sen. Kirsten Gillibrand and Rep. Debbie Wasserman Schultz, the Arizona Democrat lifted her lids for the first time since a would-be assassin fired a bullet into through her brain Saturday during a rampage that killed six people in her native Tucson.

“We had been telling her that she was inspiring the country with her courage and that we couldn’t wait to take her out to pizza and a weekend away,” Gillibrand, a New York Democrat, said. “Then after she heard our voices and the encouragement of [her husband] Mark [Kelly] and her parents, she struggled briefly and opened her eyes for the very first time. It was a miracle to witness.”

A miracle that should only have been witnessed by thisPolitico reporter. "GET IT TOGETHER, FOLKS. THAT WAS OUR MIRACLE."

Anyway, way to continue to stick it to that gun guy, awesome lady. Sorry: that alleged gun guy who allegedly did some things with an alleged gun, according to alleged people who were allegedly taken to an alleged hospital to treat the alleged blood-like substance pouring out of their alleged bullet wounds. There. Journalism. [Politico] [SHAME ON YOU]