Obama Rally Bummer: Only 6,000 Show Up In Green Bay 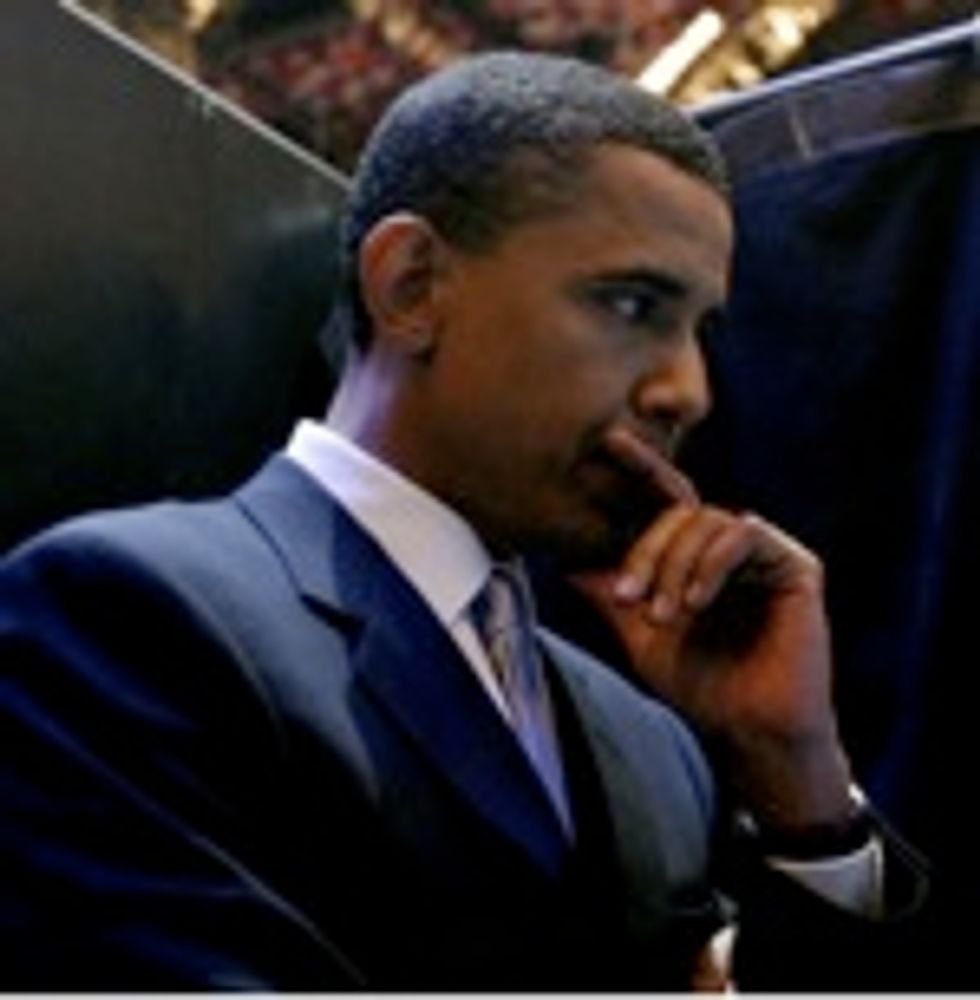 John McCain and Sarah Palin recently held a rally in Green Bay for 10,000 people, but sad Barack Obama could only scare up 6,000 at noon on a Monday. He promised to talk about our nation's flourishing economy and instead just delivered a weird lecture about how important it is to put lobbyist meetings online via a hidden sexcam. Then an organizer came out and made this weird election-day threat: “Volunteer for at least one hour or spend four years regretting that you did not.” Barack Obama is resorting to scare tactics and hidden lobbyist pornography. He must be panicking! [Chicago Sun-Times]