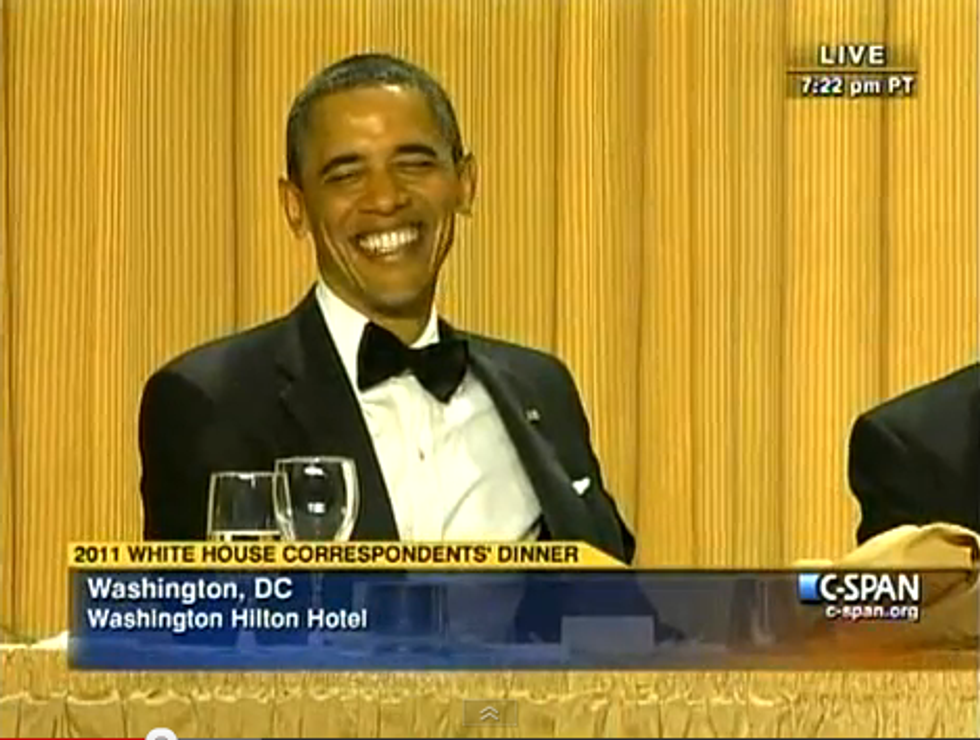 With liberal amounts of Paris Hilton SexTape Night Vision, slo-mo closeups of the same three War Room pictures we have seen four million times, and a voiceover that specifically lauds President Obama's bravery in flying to Pakistan and karate-chopping Osama Bin Laden in the face, the trailer for a new documentary on Obama's first term succeeds in making him out to be as narcissistic and credit-hogging as the right has ever claimed. Heckuva job, Academy Award-winning director Davis Guggenheim! How could we make it better? Find out after the jump!

Tell you what, campaign people (?): Instead of releasing this dreadful documentary thingie, why not just show Bammerz laughing when Seth Meyers mentions Osama at the White House Correspondents Dinner speech last year, over and over and over again?