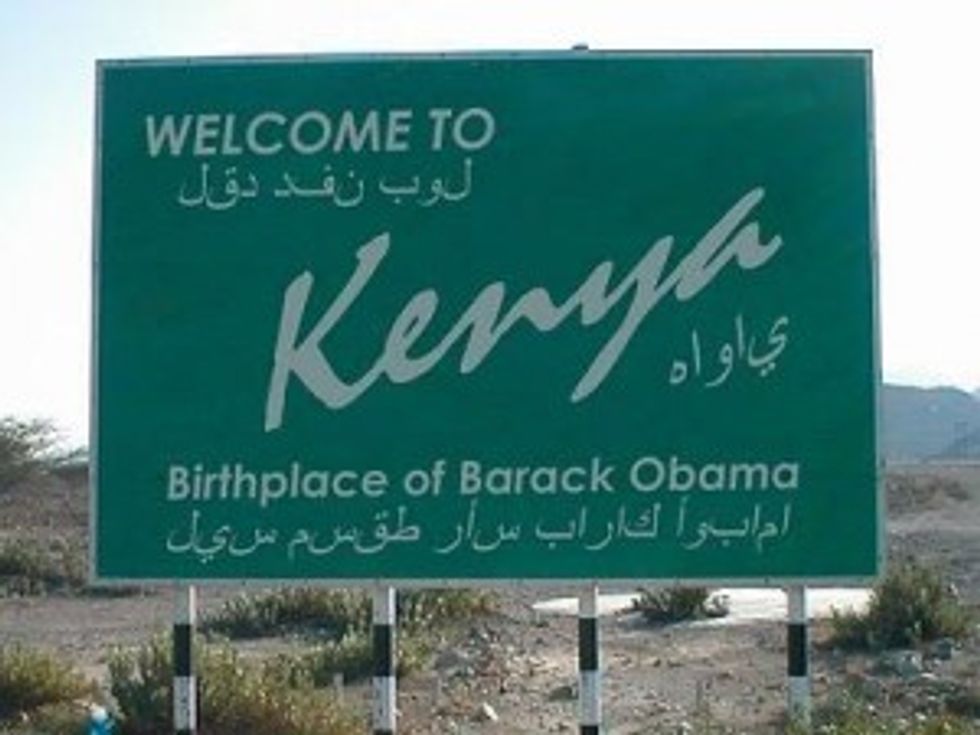 As part of some big, expensive "diplomatic safari," Joe Biden's been chillin' in Kenya, the birthplace of President Barry Hussein Soetero-Obama. In Nairobi, Bidengave a speech to some university students, telling jokes and complimenting a "beautiful woman" in the audience. Did he show them Obama's Kenyanese birth certificate?

No, but his peculiar speech intro will surely launch a thousand Teablogger posts about THE TRUTH:

Now, I know no one in Kenya is familiar with Barack Obama, but I can tell you although for years as a United States senator, I had -- I was on a committee called the Foreign Relations Committee, the chairman, and did a lot of work relating to Africa, I hear about Kenya all the time from Barack Obama. He sends his love to you, not just your love to him.

Some of America's top typists have already questioned why Obama sent Biden to his homeland instead of asking him to fix the economy or plug up the BP oil geyser, with hair plugs. And did you know that Nobama's promised Kenya some money if they go to democracy rehab, even though we have no money? Apparently the national debt does not rise up to "big fucking deal" status yet, GRUMBLE.

Meanwhile, Darrell Issa and other congressmen of courage are still trying to find out why Obama's American embassy pals are writing a new Kenyan constitution to abort all of the nation's unborn babies. Perhaps Issa can hire fellow foreigner-Californian Orly Taitz to subpoena everyone in Kenya to get to the bottom of this scandal, after she's done interrogating America's pancake artists.

In other news, Joe Biden will attend the World Cup soccer game in South Africa -- not to sing the "Star Spangled Banner," but to "chill" some more, while you "starve." [WhiteHouse.gov]