Obama Trolls Holy Hell Out Of Trump, By Explaining How Freedom Of Press Works 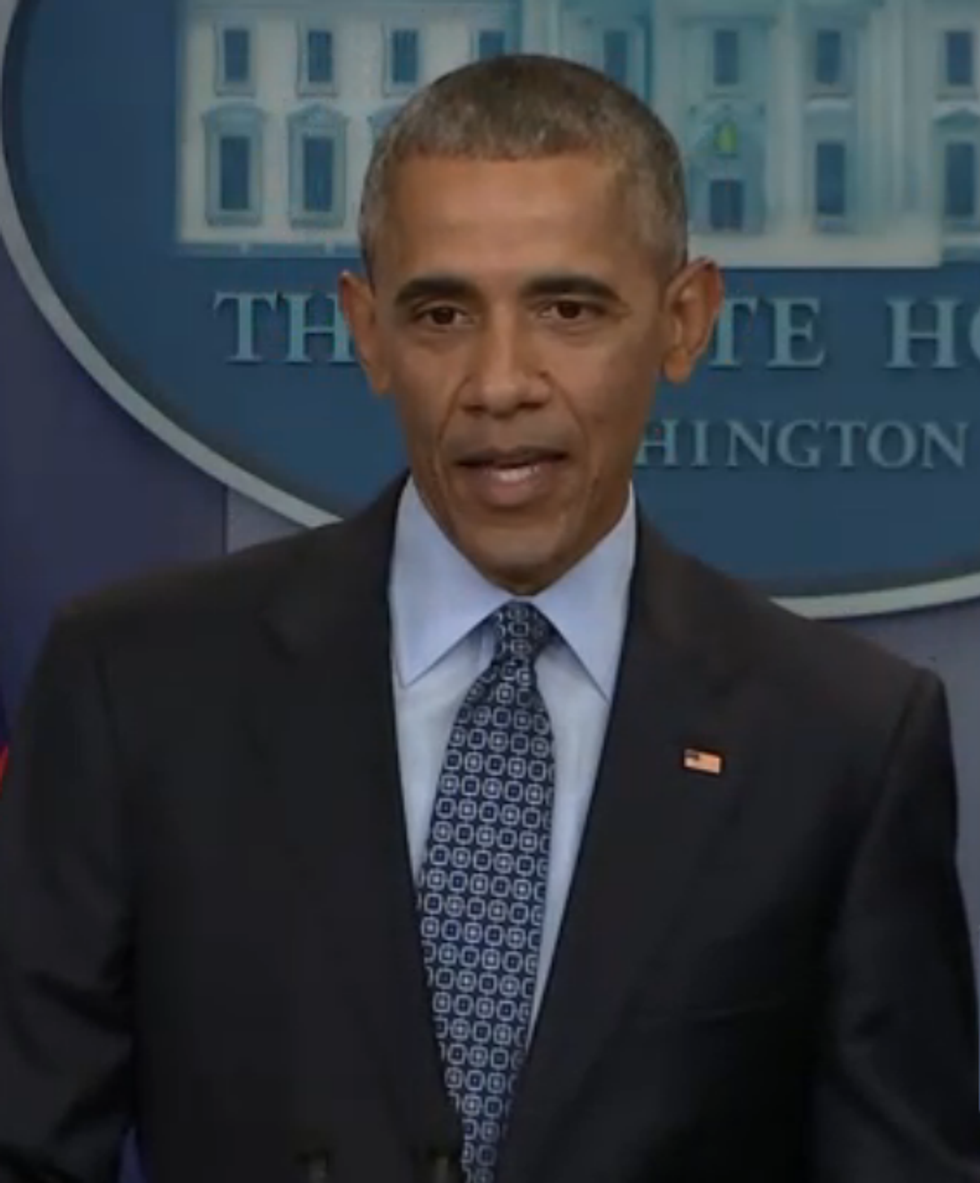 A sad event happened this afternoon! Our president, Barry Bamzalot O'Sexy, held his very last news conference as President of the US and A. :(

For this last presser, Obama decided it was time to give a little constitutional law lecture about what exactly the hell freedom of the press means, how it's supposed to work, and oh goodness, he was trolling ThinSkin McPussGrabby SO HARD. It was pertinent, in light of all the news about Trump wanting to kick the press out of the White House, then saying he won't kick them out, but would just have to decide who gets access and who doesn't (the room is too small and puny!). Oh, and the Trump DC hotel has announced press isn't allowed on its premises during the inauguration. Oh, and there was that "news conference" Trump did last week, where he abused a CNN reporter and filled the room with aides who were instructed to LOL at his "jokes." It was very autocratic dictator-styley, because that is what Trump wants to be.

So here comes Barack Obama, calmly explaining to our new Shithead-In-Chief that this is America, and in America things work a certain way, and we are sorry it's not like your hero Vladimir Putin does it, but anyway fuck you. We're going to give you most of his statement, because we love you enough to transcribe it for you, and then we're going to give you a special bonus sexxx video at the end, as a reward for watching and reading. Hooray!

WATCH: Pres. Obama to the press: "America needs you, and our democracy needs you." https://t.co/OnsRNn60LQ

I want to thank all of you. Some of you have been covering me for a long time. [...] Some of you I've just gotten to know. [...] Even when you complain about my long answers, I just want you to know that the only reason they were long is because you ask six-part questions. But I have enjoyed working with all of you.

And having you in this building has made this place work better. It keeps us honest, it makes us work harder. You have made us think about how we are doing what we do, and whether or not we're able to deliver on what's been requested by our constituents. [...]

I spent a lot of time in my farewell address talking about the state of our democracy. It goes without saying that essential to that is a free press. That is part of how this place, this country, this grand experiment in self-government has to work. It doesn't work if we don't have a well-informed citizenry, and you are the conduit through which they receive the information about what's taking place in the halls of power. So America needs you, and democracy needs you. We need you to establish a baseline of facts and evidence that we can use as a starting point for the kind of reasoned and informed debates that ultimately lead to progress.

I want to thank you all for your extraordinary service to our democracy.

YOU HEAR THAT, DONALD TRUMP? THIS IS HOW IT WORKS IN AMERICA, AND IF YOU DON'T LIKE IT, MOVE TO RUSSIA.

Remarkable that an outgoing president feels the need to tell the press what they do for a living, to send a message to the new president. Just ... wow.

OK, we promised you a sexxx video, so here is Hot Seth Meyers -- who may be our most important late night journalist, now that "The Daily Show" sucks -- doing a deep, funny dive into just how much Trump's press conference was just like what you see in dictatorships. Watch it and share it widely!

OK bye, we will let you go cry now about how that was the last Obama presser ever.