Obama Wants Your Child To Be Helen Keller 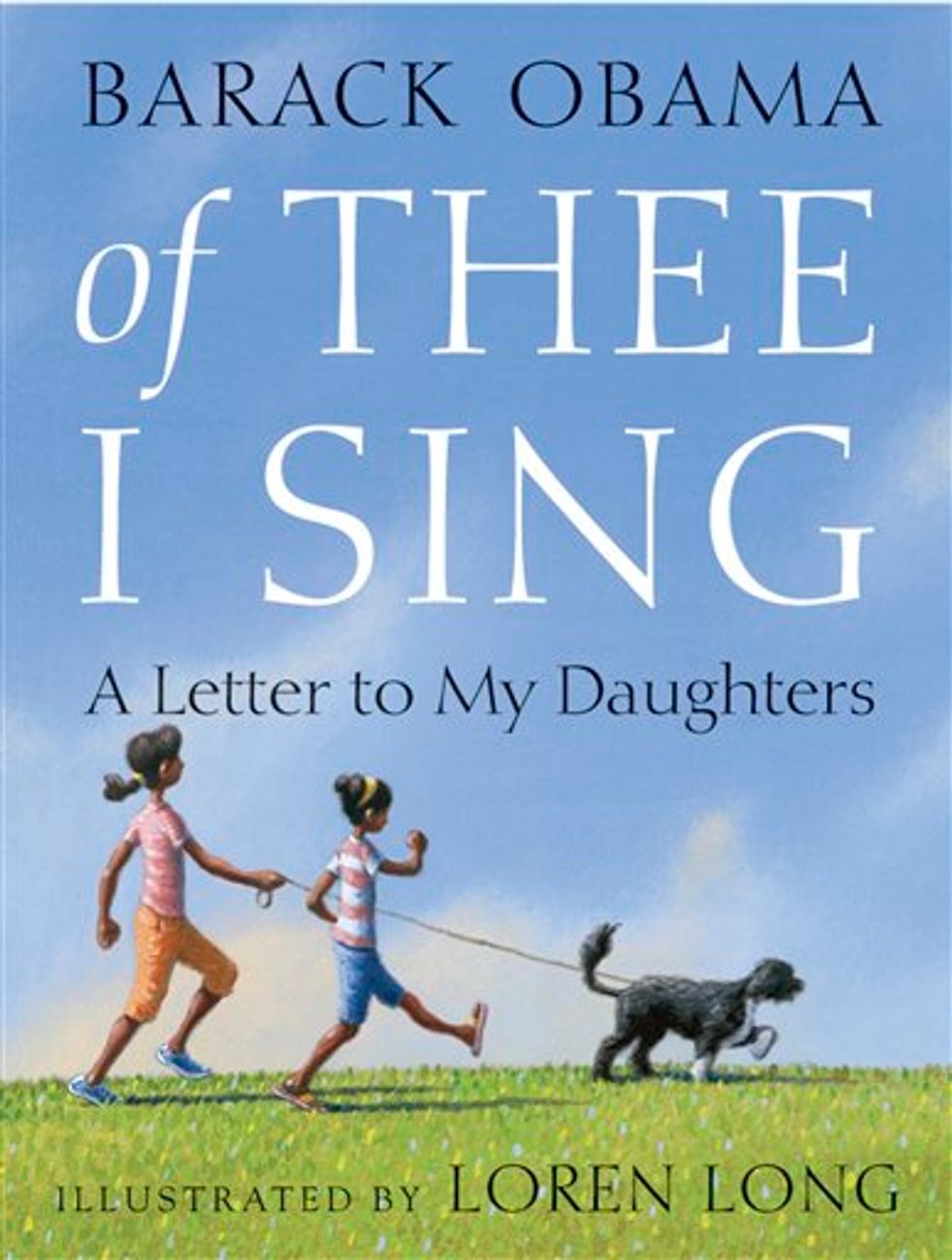 Young author Barack H. Obama (also a noted current president of the United States) has for some time owed his publishers a children’s book; specifically, one to bring out around the holidays. Barry managed to write just such a thing before he took office, or so we’re told. Your reviewer suspects the President actually wrote it on the job, in between pressing phone calls (“ah fuck it, just continue the drone strikes”) and indoor Crocodile Mile sessions with Rahm Emanuel and David Axelrod. The book, titled Of Thee I Sing, is a poem-letter to Barry’s daughters Sasha and Malia. Of what, specifically, does Obama sing?

Of Thee I Sing is a catalogue of Great Americans, all of whom Obama sees as examples his daughters (illustrated on the front cover alongside the Obama family’s charming Brazilian-speaking water-mutt, Bo), and by extension all American youth, should emulate. Or perhaps it’s more precise to say that Obama finds metaphors in the life stories of these 13 Great Americans for 1) qualities of his daughters, ones he’d like to see them cultivate, and 2) America itself.

Barry’s selection of Great Americans is hard to argue with. In fact, it’s depressingly inoffensive. George Washington and Abraham Lincoln are here. So is Martin Luther King. Jackie Robinson, Neil Armstrong, Helen Keller. It’s a shame, though, that so many Great Americans are sanitized for the textbooks and for feel-good pamphlets like Of Thee I Sing. The more radical dimensions of an MLK or an Einstein inevitably get lost in the sprucing and airbrushing, as do the genuinely threatening beliefs of someone like Helen Keller. A Wobbly and a socialist, today she’d probably be a regular subject of scowling Bill O’Reilly segments.

Some of the less safe, more intriguing choices include Cesar Chavez (Messican, something resembling an agrarian socialist), Sitting Bull (Injun, partially led the satisfying Sioux mauling of the U.S. Cavalry at Little Big Horn), and Maya Lin (Chinesish, designed the Vietnam Memorial, which is despised by many for being stark and somber rather than rah-rah and bombastic).

Still, your reviewer longed for a few daring and/or perverse choices. Imagine if Barry had included such quintessential Americans as Malcolm X or Henry David Thoreau or Edward Abbey or Emma Goldman or Orson Welles (hell, why not William Randolph Hearst too?).  Or, say, Eric B. and Rakim. Or Johnny Cash. We suppose he can’t do such things, for Safety (the inclusion of Sitting Bull caused a minor conniption among the usual suspects). But one can dream.

Have I told you lately how wonderful you are?

And sunshine spills into the room?

And on America itself:

Have I told you that America is made up of people of every kind?

People of all races, religions, and beliefs.

People from the coastlines and the mountains.

People who have made bright lights shine

By sharing their unique gifts...

Let’s not mince words. Barry is a better writer and more subtle mind than most politicos, but we don't imagine kids are going to eat up Of Thee I Sing this Yuletide. A few earnest parents might force it on their hapless children, but we suspect America’s Youth will enjoy reading zanier and more imaginative stuff around the Christmas/Saturnalia fire. There are many wondrous and delightful Christmas-themed children’s books, after all.

Your reviewer thinks Obama's most inspired choice in Of Thee I Sing is, hands down, Billie Holiday. Barry reminds us that she “wore a gardenia in her hair,” which is at least vivid...

Speaking of flowers, the only other artist in the book is Georgia O’Keeffe, which means Barack Obama wants young Americans to spend their days painting vaginas.

Of Thee I Sing: A Letter to My Daughters by Barack Obama, illustrated by Loren Long, Knopf, 40 pages, $8.99