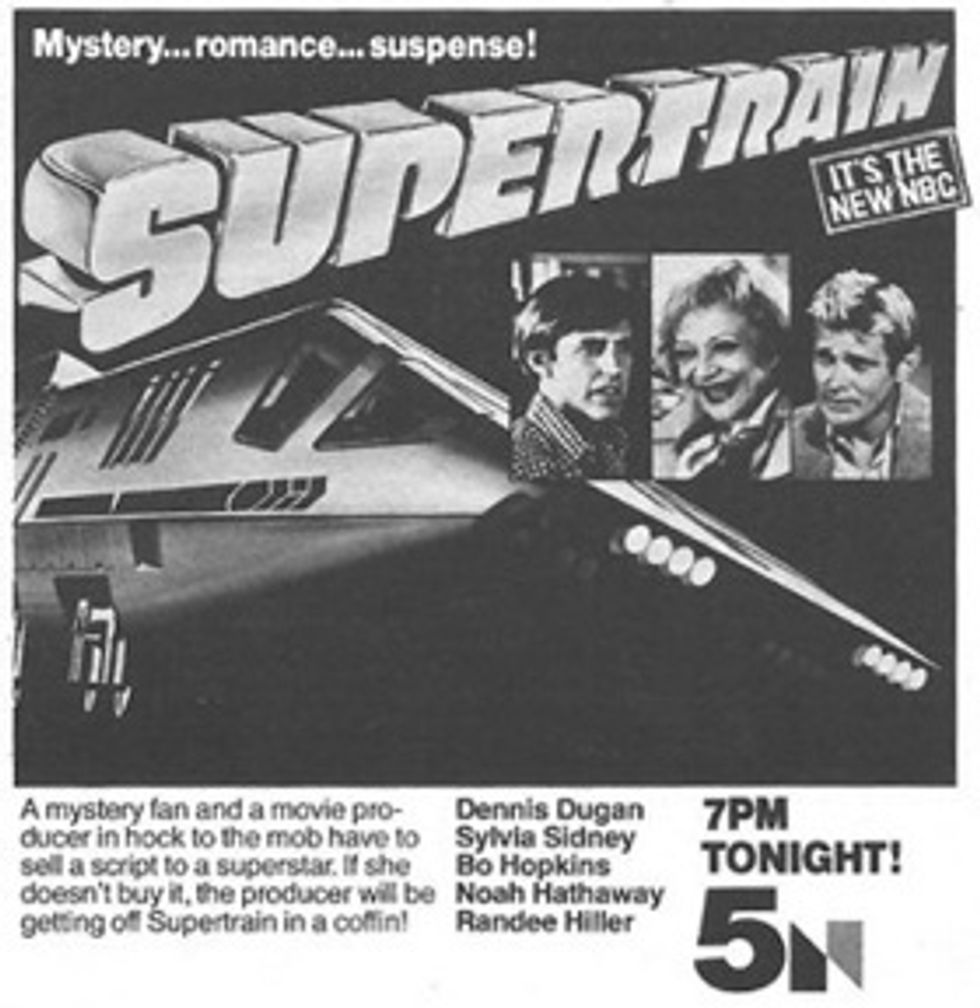 One of the worst things about America is howmuch of it you have to deal with, just to get from Worthwhile Point A to Worthwhile Point B. What if you were, for example, having a nice breakfast in New York at Balthazar or whatever, and you needed to go to Los Angeles for a meeting at the Hotel Figueroa, and then after that you wanted to spend a few days at the Ahwahnee in Yosemite Valley, and then maybe head to New Orleans for the Jazz Festival. Well dear god you would have to deal with so many cretins, rednecks, guidos, crackers, lamers and other teabaggers along the way, it's just barely worth going at all.

Even the once-civilized travel method of flying now involves so many imbecilic TSA goons, rental-car waterheads and surly gatekeepers -- and then you get stuck between a couple of stinking diabetic Texans on the actual flight. What do we need? BULLET TRAINS HELL YEAH.

We liked Barry's pitch for this, so we will reprint it, right here:

What we're talking about is a vision for high-speed rail in America. Imagine boarding a train in the center of a city. No racing to an airport and across a terminal, no delays, no sitting on the tarmac, no lost luggage, no taking off your shoes. (Laughter.) Imagine whisking through towns at speeds over 100 miles an hour, walking only a few steps to public transportation, and ending up just blocks from your destination. Imagine what a great project that would be to rebuild America.

In France, high-speed rail has pulled regions from isolation, ignited growth, remade quiet towns into thriving tourist destinations. In Spain, a high-speed line between Madrid and Seville is so successful that more people travel between those cities by rail than by car and airplane combined. China, where service began just two years ago, may have more miles of high-speed rail service than any other country just five years from now. And Japan, the nation that unveiled the first high-speed rail system, is already at work building the next: a line that will connect Tokyo with Osaka at speeds of over 300 miles per hour. So it's being done; it's just not being done here.

There's no reason why we can't do this. This is America. There's no reason why the future of travel should lie somewhere else beyond our borders. Building a new system of high-speed rail in America will be faster, cheaper and easier than building more freeways or adding to an already overburdened aviation system –- and everybody stands to benefit.

You think it said "(Laughter)" on the teleprompter? HAHAHAH teleprompters! Anyway, how awesome, right?

One nice thing about having a president who wasn't born into some awful New England elitist family dynasty and yet also isn't a dim bulb like so many people of lesser means is that Barry has actually lived all over the country and traveled the world, all on his own, and on the cheap. So he actually knows how lame it is that, in America, everything is a dull pain in the ass.

We go to Europe and ride those sleek high-speed trains and sip wine while gazing at the countryside, which somehow isn't filled with junk-car lots and "GET THE LAP BAND" billboards and trailer parks, and we think, "Well goddamn this is like living in the future," but it's not the future at all, it's just now, but somewhere else.

So, $13 billion to build a high-speed city-to-city nationwide rail network. Good. That should maybe provide a few of those jobs people like to have, right? Ha, $13 billion seems like couch change compared to the four trillion dumped into the financial markets since Paulson started this stuff last year, but whatever, build the trains. (ALSO IT IS OK IF THE TRAINS HAVE DECENT CAFE CARS AND A WINE SELECTION BEYOND "RED OR WHITE." KTHNX.)

Here is actual video of the new high-speed rail network: