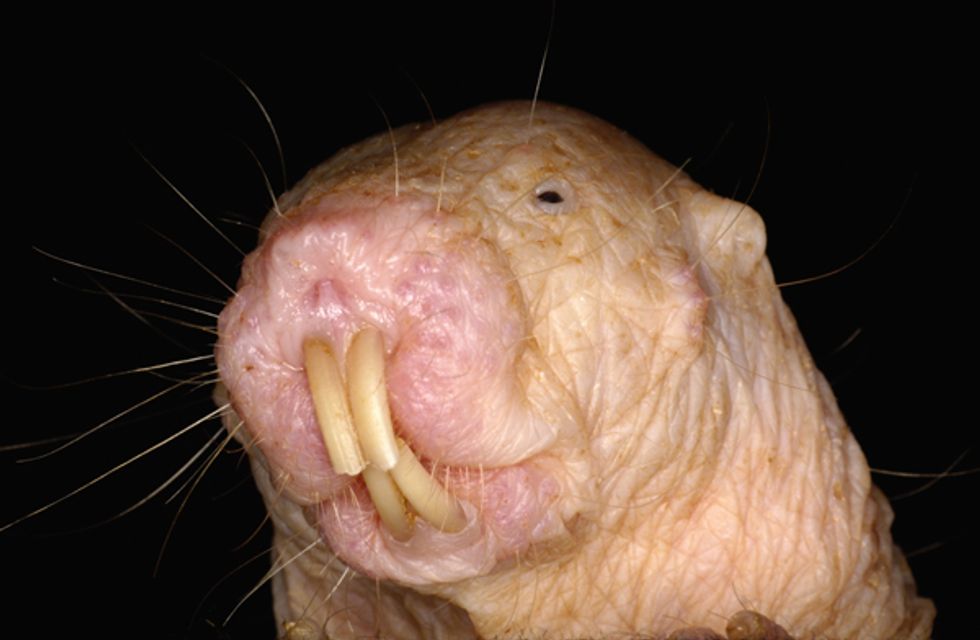 Last year, mop-topped pus bubble Jim Hoft lost his coveted Stupidest Man on the Internet title to alpha male newcomer Chuck Johnson. Yr Wonket is pleased to see that Hoft is mounting a determined campaign to regain his tin crown, and if he keeps churning out ledes like this one, he'll be back on top in no time. True champions use adversity as motivation, and if the right-wing id has a true champion, it's definitely Jim fuckin' Hoft.

Bingo! We have a wingnut bingo, everyone hold your cards!

Question: will the Obama Administration be providing forceps and beheading scimitars to the Little Sisters of the Poor, or does the Kenyan Usurper presume the nuns will bring their own?

It is unclear whether Hoft wrote this sentence in a DayQuil-soaked haze or if he's just playing conservative Mad Libs. No matter how he arrived at his phrasing, Hoft's story is imbued with the deep and abiding disrespect for the facts that's made Gateway Pundit such a hit with the kids. Come along, let's see how Internet money gets made in the online conservative griftopia!

Like Grease 2, Hoft's story is a sad retread of a tale that wasn't worth retelling in the first place. The original story appeared on Life News, and like all good journalists, the scribes at Life News buried the relevant facts in the second-to-last paragraph.

The U.S. Conference of Catholic Bishops had previously received a five-year $19 million grant to help victims of sex trafficking during the administration of pro-life President George W. Bush. Sensitive to how women are exploited in the sex industry, the Catholic bishops prohibit any subcontractors from using the funds to pay for or promote abortions. Instead, the Catholic bishops provide comprehensive case management services to survivors including medical and mental health services.

While the Obama administration extended the contract briefly in March, the bishops were notified that it would not be renewed.

Would you believe that these details don't make it into Hoft's blockquoting of the Life News story? You should — this is Jim Hoft we are talking about, and he is the worst thing since the finale of Dexter.

Only a true visionary could read these facts — that a smallish federal grant is now going to different groups than it once was — and decide that it's actually a story about forcing religious groups to perform abortions. Jim Hoft, we are truly #blessed to live in an age when we can click on and read your story. Hopefully, you'll get lots of traffic on this outstanding piece of journalism, and when you do, maybe you can finally #PayTheFuckUp.