Obamacare Shocker: Prostitutes And Other People Wingnuts Don't Like Can Get Insurance! 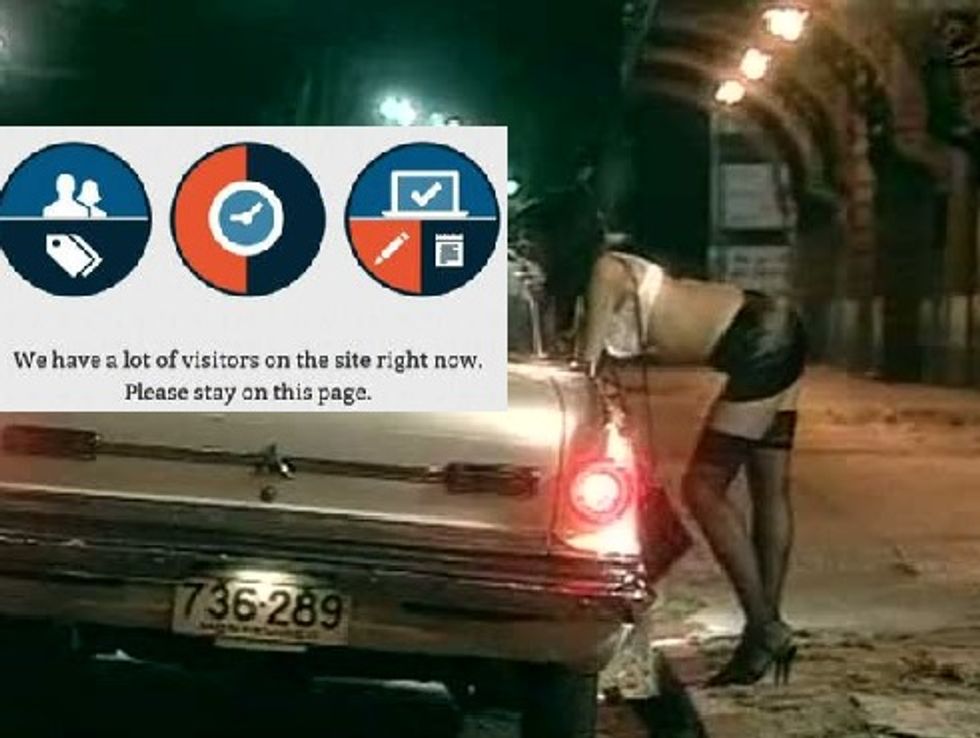 Dear god, this Obamacare thing has gotten completely out of control! Noel Sheppard at rightwing freakout machineNewsbusters has discovered a shocking, horrible thing: The Affordable Care Act will even sell insurance to bad people! In reaction to a CNN Money story about a San Francisco sex worker who organized an effort to get people to sign up for insurance, Sheppard is aghast. You see, because a lot of people who work in areas of dubious legality -- and legal businesses whose morality he disapproves of -- make less than $45,000 a year, they will be eligible for insurance subsidies under the ACA:

So healthy young people beyond subsidizing unhealthy older people will also be helping to get prostitutes cheap health insurance.

Is that what Nancy Pelosi (D-Calif.) meant when she said we'd have to enact ObamaCare to find out what's in it?

Please, someone fetch his smelling salts! But not anyone whose health insurance he might have to subsidize.

The CNN story details the terrible horrible people who will now be able to afford getting treated by medical professionals, just like actual human beings:

Organized by "Siouxsie Q," a Bay Area sex worker, the event was meant to encourage other sex workers to enroll in the new insurance exchanges. It was a rousing success: Nearly 40 men and women attended and almost all of them filed enrollment paperwork.

Volunteers from Siouxsie's weekly podcast, The WhoreCast, staffed the event. "Jolene," another sex worker who had already enrolled through the California exchange, was also on hand to talk users through the process. A key detail for the crowd: Enrollment doesn't require users to report their employment.

Besides, as anyone knows, criminals and people who do things for a living that Republicans do not approve of are not supposed to get medical treatment. They are supposed to find Jesus and clean up their lives, or they are supposed to die in a gutter like they deserve to.

We would patiently explain that when sex workers are able to get insurance they can afford, they're less likely to show up in an Emergency Room where their unpaid bills will be added to other people's insurance costs -- and perhaps even less likely to pass on to Noel Sheppard's husband a social disease? -- but since that difficult logic doesn't sway opponents of the ACA when it applies to low-income people with "good" jobs, we have no hope that it would be persuasive when it's applied to people that wingnuts would rather just didn't exist at all.