[contextly_sidebar id="iWminjzVKZUmqLGz5rp34tDSDb6N0tgM"]Where do Barry Bamzgasm The Dictator Obama and his wife Michelle The Vegetable Enforcer get off? First they larked about in Ted Cruz's homeland singing "Take Me Out To The Ballgame" with Castro, and then they got on their Obamaplane to jet off to Argentina. Do they not even know how there was a terrorist attack in Brussels? Did they somehow miss the part of the Constitution that says when Muslins do terrorism to white people, you are supposed to sit there with a confused look on your face while you try to sound out the words in The Pet Goat for 10 minutes? It's called being "presidential," for Christ's fucking sake!

And even worse, while in Argentina, the Obamas performed the traditional sexxx dance of the Argentinian Latins, what is called the tango! How rude. AND SO CUTE, LET'S WATCH THE VIDEO:

WHOA UH OH WE ARE VERY SORRY FOR POSTING THAT NSFW VIDEO. First of all, children might be watching, and Barry and Michelle aren't even South America Sex Seducing each other, but instead obviously they are being beguiled into rhythmic romantic sin by the locals. America as we know it is dead.

Oh we are just fooling around. But guess who really didn't like it? A bunch of dong-strumpet pundits on "Morning Joe," obviously:

Obama should not have canceled his trip to Argentina after the attacks in Brussels, said Richard Haass, the president of the Council on Foreign Relations, but his recent photo op at a baseball game in Cuba and his tango left much to be desired. [...]

The advance person who let him do the tango, that person ought to be looking for work on somebody’s — in somebody’s campaign very, very far away,” Haass remarked. “That was a tremendous mistake. It’s fine to go to Argentina, you want to do the work, but you’ve got to be careful of these little photo ops and optics. Baseball games and tangos, that’s inconsistent with the seriousness of the day.” [...]

Referring to former CIA and NSA Director Michael Hayden, who on Wednesday said Obama’s actions reflect a lack of concern about terrorism, Wallace called it the president’s “policy choice.”

“His policy choice was to proceed with everything on his schedule and not to react to the threat of terrorism and that is his prerogative, but it puts him vastly … out of step with the entire American public, not just Republicans,” she said.

Oh, eat Wonkette's dick, Richard Haass, and don't forget about the balls, Nicolle Wallace With Too Many "L"s.

Over here where we are NOT killjoys from the seventh ring of hell, let's look at another picture of Barry getting sexed by a tango lady: 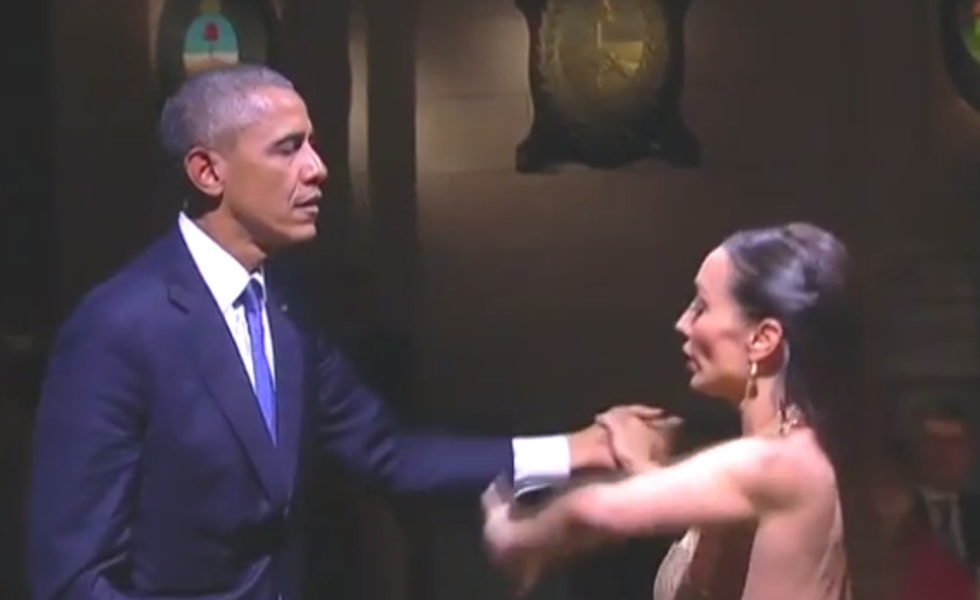 In this picture you can see Michelle Obama in the background, laughing like she is quote unquote having fun or something, that asshole: 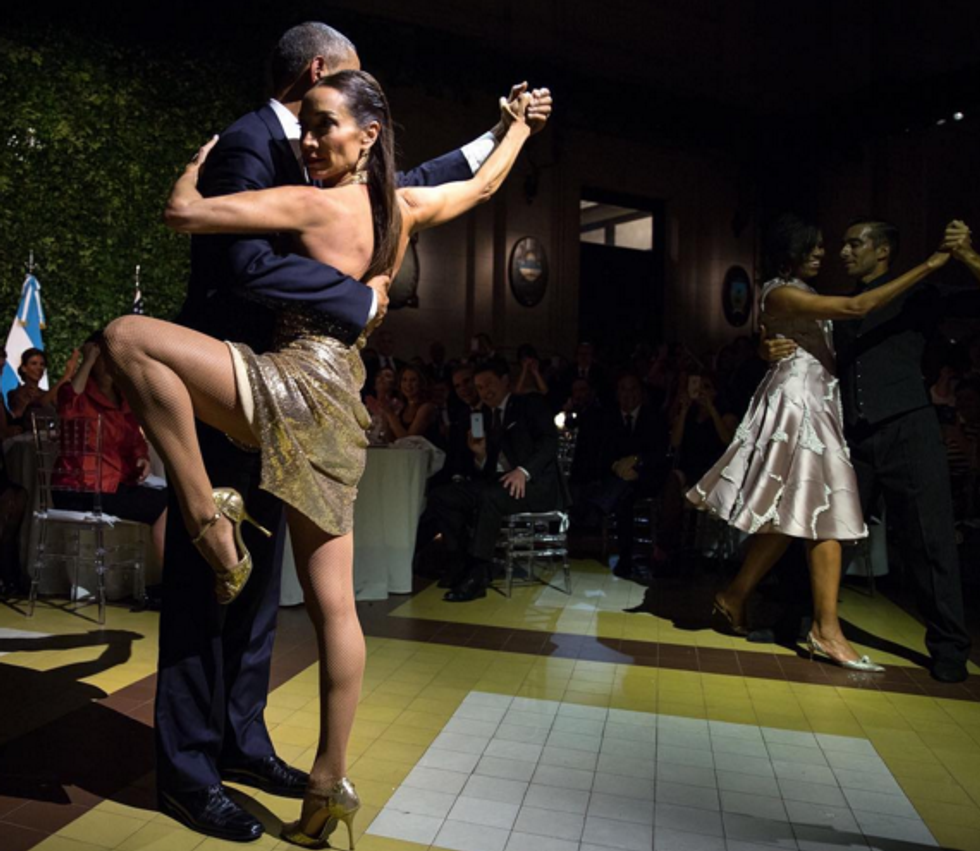 It's OK tango lady, we would wrap our legs around that too.

Oh look, here is Obama talking to Argentinian President Mauricio Macri. Bamz is probably saying lies about how he was born in Hawaii. Macri looks like he maybe has to pee. 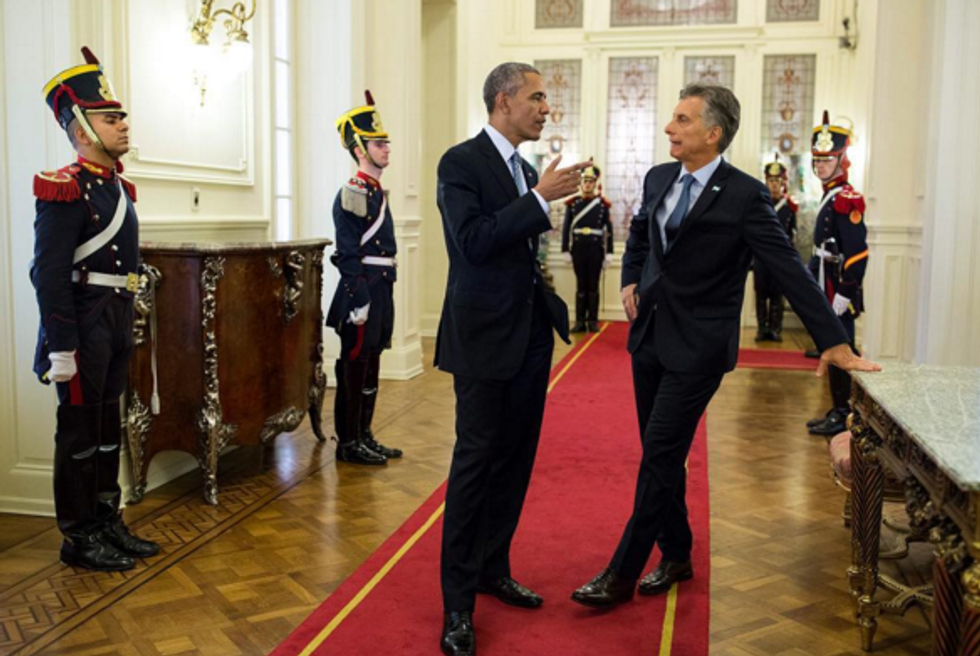 And that's all the pictures we can find right now, but don't worry, we're sure Obama will destroy America on foreign soil a whole bunch more before the day is out. It's what he do!

[Politico / video via The Guardian]

Let's Play A Quick Round Of 'WTF Is Kellyanne Conway Saying Here?'