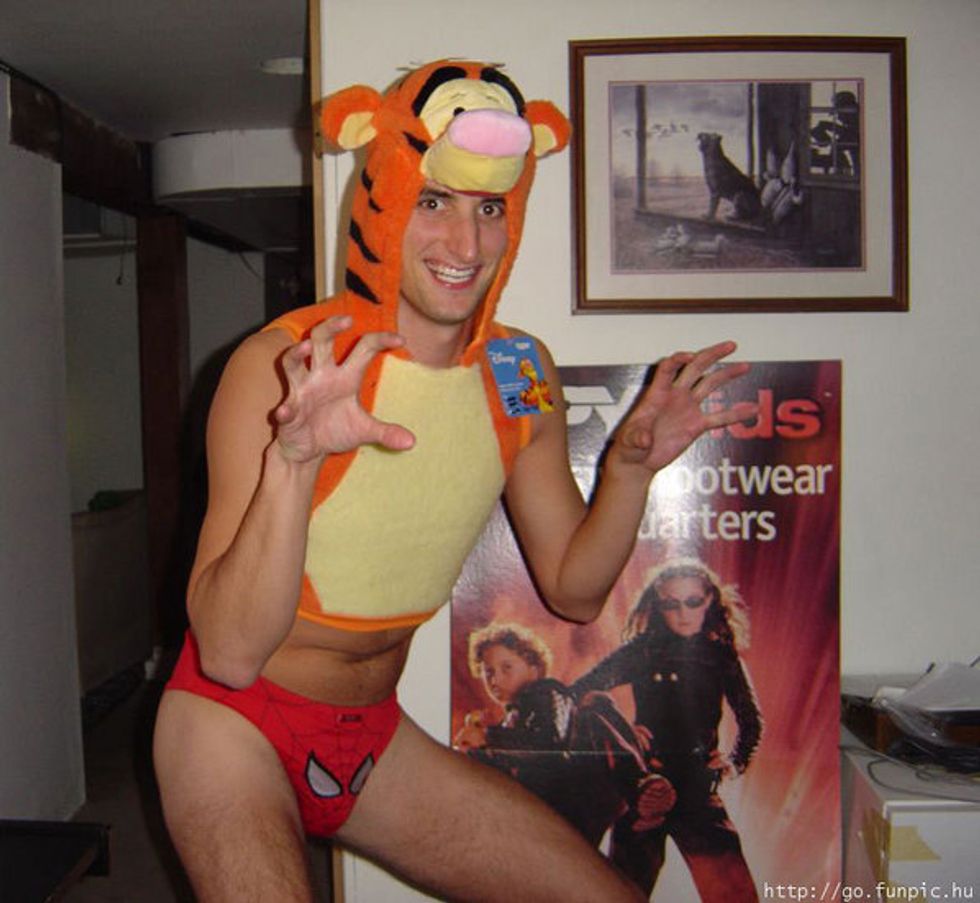 Did anyone order a NONSEXUAL COMPANION?

Being a gay hooker is illegal in U.S. America, except for in parts of Nevada or whatever. It's not the "gay" part that's illegal, otherwise we'd all be outlaws! We're not here to debate whether hooking should be legalized or not, and we're neither here to shame sex workers nor say anything particularly nice about them either. Let's just all agree they exist!

So once upon a time, there was a place called "RentBoy.com" (no link 'cause it ain't on the internet right now anyway), and it was "The World's Largest Male Escort Service," a place where dudes could set up accounts and look for other dudes who might just like to watch Netflix with them or something, for money. It was definitely not sexual in nature! Its services were used by many, including one of the founding board members of the anti-gay, anti-lady hate group Family Research Council, a man named George Rekers, who found a sweet piece of ass named "Lucien" there, whom he hired to "lift his luggage" on a European vacation. It was a totally nonsexual thing, of course, since Rekers is one of the fathers of the "ex-gay" movement. Yeah yeah, "Lucien" said Rekers hired him to give special love caresses to the area between his bootie-hole and the tip of the old fart's dick, but we're sure that's just a coincidence.

Anyway, the feds and the NYPD raided RentBoy.com's offices Tuesday morning, the CEO was arrested, other employees were arrested, my God, it's like the government thinks they're common gay whores for some reason:

Seven people, including CEO Jeffrey Hurant, were arrested as part of the raid at the Rentboy.com offices on 14th Street and Fifth Avenue. Department of Homeland Security agents and members of the NYPD, which assisted in the raid, were seen removing boxes from the offices Tuesday.

The site bills itself as "the world's destination to meet the perfect male escort or masseur," and boasts a database of more than 10,500 men in more than 2,100 cities worldwide.

NBC New York points out that the site had a BS disclaimer about how RentBoy was not renting you sex, just a temporary bandaid for your loneliness, and whatever you boys do with your todgers is up to you, but the federal government is like "Yeah, and we were born yesterday on the back of a turnip truck full of ALL YOUR RENTBOY DICKS."

Reportedly, the Department of Homeland Security is involved in this too, due to how "The facilitation and promotion of prostitution offenses across state lines and international borders is a federal crime made even more egregious when it's blatantly advertised by a global criminal enterprise," according to Glenn Sorge, a DHS special agent dude on the case.

So anyway, Wonkers, that's why you've all been having trouble signing into your RentBoy.com accounts today.