Obviously This Miniature Idiot Has A Blog, An Opinion, And Therefore A National Platform 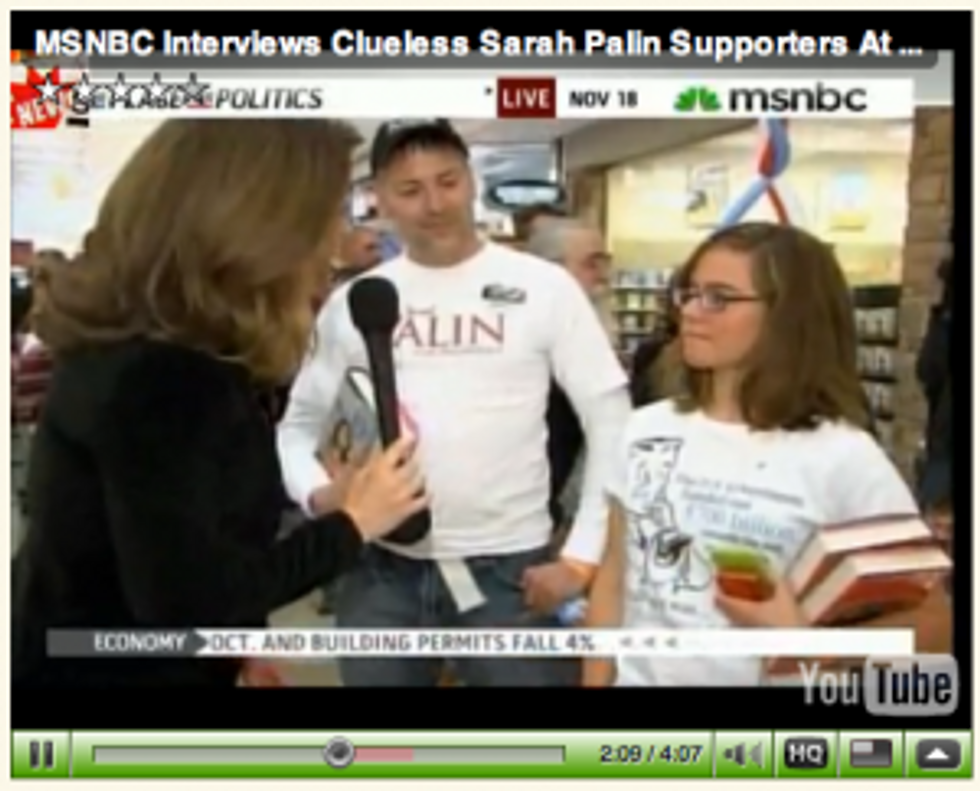 Thatbespectacled Palin fangal, that one from the line the other day, is very taken aback at the liberal bias of facts! Recall Norah O'Donnell gently reminding this human-wearing t-shirt that, you know actually, Sarah Palin supported the bailout. "Where did you hear that?" this Jackie character demands to know, in earnest. It's excruciating. Anyway, Jackie has some TUFF WORDS for sly Norah O'Donnell that she's posted on her blog, "Red White and Conservative," which actually appears to be nothing more than a poorly executed surrealist epistolary novel.

Michael Calderone somehow waded through the million word blog post and located this:

"In one day I met a role model, and met the liberal media and their crafty schemes. I fell prey to liberal bias, but I’d like to think I did an okay job. We always want do-overs, and I can assure you if I had a do-over with Miss O’Donnell you’d see a much more prepared (well rested) and ready to go at it side of this 17 year old. But unlike Norah I didnt have my note cards with me. I was forced to think on the spot and answer a gotcha question. Her goal was clear, make this teenager look like an uneducated Palin supporting buffoon. To liberals, and the 5 people who watch MSNBC she succeeded. To conservatives, she was the only buffoon during that interview."

"Jackie" will someday make more money than everyone you've ever met, combined, on syndicated radio.