Ocupados To Terrorize CPAC To Its Bitter Core 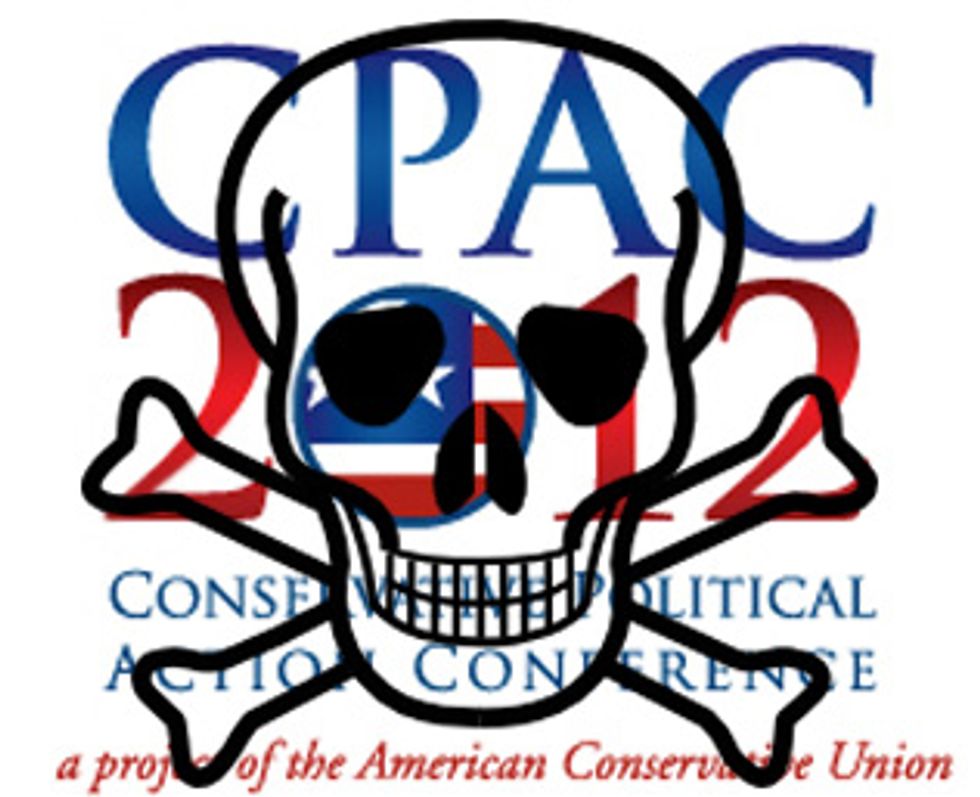 The DC-area Occupy people, having been kicked out of their park this weekend, have a fun new thing in the works: Occupying CPAC. It's just around the corner, so why not? According to theOccupiers' website, they will "march to the Marriott" to "create as much non-violent resistance as possible, and make this a conference the attendees will never forget." So they want pictures with Sarah Palin, got it. But what if this non-violent resistance descends into a bit of the ol' Ultraviolence? That's what's going to happen, according to a hysterical pants-wetting Heritage Foundation blog post.

A nerd named Lachlan Markay at the Heritage Foundation's blog, "Scribe," has found a source who is probably just the guy sitting next to him. The source tells Markay that the occupiers are going to bomb Mitt Romney and everyone in attendance and then blow up the building with C4 and then nuke DC. And did you know that the Africkans will be involved?

During a Thursday meeting at McPherson Square, until Saturday the epicenter of the protests, Occupiers brainstormed tactics for shutting down or disrupting the conference, according to a source who was present at the meeting.

The protesters suggested pulling fire alarms in the hotel where the conference will take place, screaming “fire” during conference activities, “glitter-bombing” participants, cutting electrical power, and barricading entrances to the hotel, according to the source, who requested anonymity.

“Speakers will be physically assaulted, not just verbally confronted,” the source told Scribe in an email. Two Occupiers, who the source also identified as members of the New Black Panther Party, “said they would be disappointed if they didn’t get arrested and planned to ‘make it count.’”

This is a serious blog article.

“In order to avoid having to shower and dress in business attire to blend in,” Scribe’s source said, “they plan to wear Ron Paul 2012 gear because they believe Paul supporters ‘generally look like hippies.’”

Can't wait! Just give us media wastrels a heads-up when you start beating the shit out of the candidates, please, Occupiers? We want the camera rolling, for journalism.