Of Course Florida School Shooter Was A Girl-Hating White Supremacist. Of Course I Am Tired Of Writing This Article. 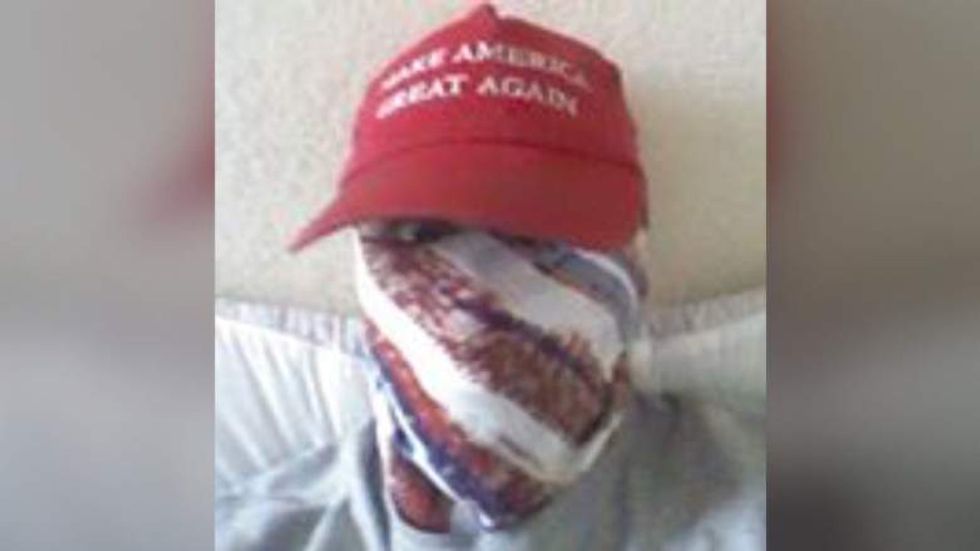 A few hours after the final body count of the latest school shooting was tallied, it came out: Nikolas Cruz, the shooter, had been known to "harass" women, known to abuse his ex-girlfriend, and was kicked out of school for getting into a fight with his ex-girlfriend.

Before long he was being cheered on by the sociopaths over on incels.me, 4chan's R9K board, and Reddit's new incel community r/braincels.

This is what happens now. I wrote this article when Elliot Rodger shot up Isla Vista, and I wrote it again when Christopher Harper-Mercer shot up Umpqua Community College. Twice. Each time it happens the same way: Some man with clear issues with women goes on a murder spree, and each time he is cheered as a hero on misogynistic forums.

We know now that Cruz was a Trump supporter who often wore a MAGA hat, that he was known to say horrible things about Muslims, that he attended paramilitary training with Republic of Florida, a white supremacist group hoping to create a "white ethnostate" in Florida. (UPDATE: While the white supremacist in charge of a Tallahassee group confirmed Cruz's participation to the AP and ADL, his statement is now being seriously questioned, and law enforcement has found no linkage between the two.) He was given a gun, though not the one he eventually used to murder 17 children at his old school, by someone in that group. Also, according to someone in that group, he was "having trouble with a girl" and that his choice to go on a killing spree on Valentine's Day was not a coincidence.

We know now that he publicly fantasized about killing Antifa:

We know now that he was a "fan" of Elliot Rodger.

Cruz was full of hate and resentment. Hate for non-white people, hate for "Antifa," hate for the people at his school, hate for women. Hate, likely, for anyone he saw as getting in the way of what he thought he was entitled to.

In my previous work on the subject of misogynistic mass shooters, I've focused largely on the fact that these men feel they are entitled to women -- ideally virginal supermodels -- and lash out at the world, violently, because they don't get them. In 2014, I wrote:

Elliot Rodger was the product of a culture that teaches male entitlement. Men are entitled to women, to sex, to jobs, to money -- and if they don’t get them, then women are to blame. He felt entitled to all these things and was livid over not getting them. You don’t see women committing crimes like this because we are not taught to feel entitled to these things.

I still believe this is true. I believe it applies, as well, to angry whites who feel that people of color are to blame for their not getting the things they believe they are entitled to.

But the thing is -- it has always been true -- and yet we didn't have quite so many mass murders. We need to ask ourselves what has changed?

That guns, particularly assault rifles, are more easily available now is certainly a contributing factor, but there are also cultural and social factors that we need to start addressing.

In the 1970s, if you thought Ted Bundy was a hero for murdering all those women, you kept that to yourself. You couldn't just casually say, "Wow, that guy had a POINT!" to someone or else people would think you were nuts. You couldn't go on a YouTube video and post about how great he was. Today, people who feel that way can find each other, they can commiserate without being judged. They can talk online about how much they would really like to murder a bunch of women. They get to cherish their resentments, nurture them and watch them grow.

Like a cult leader going from prophet to messiah to Literal Jesus, the insular nature of these groups creates a need for constant escalation. Someone may stop by one of these forums because they are having a bad day, because they feel slighted in some way, or because their crush wouldn't go out with them and they feel bad, and eventually get so sucked into these communities that instead of dealing with these common life events in a healthy way, they start one-upping each other to the point where they fantasize about murdering people. They start out being "I'm not a racist but..." types and end up dreaming about a white ethnostate and praising Hitler. They lose touch with reality.

Socialization is not innate, it is learned -- and the fact that more of it is being learned on the internet these days rather than in-person has consequences. It's easier to see other people as NPCs who don't feel the same way you do, it's easier to dismiss their humanity when most of your interaction with them is on social media, where most people are pretending to have a fabulous and perfect life. Even when they're not putting on that facade, even if they're angsty as hell, it's still just words on a page.

It's also just words on a page when you're just sitting around trolling people, or trying to purposely hurt people, when you spend hours in misogynistic and racist forums dehumanizing women and men you think are better looking than you are and have more dates, dehumanizing people of other races and religion. It creates a certain kind of solipsism, a feeling that only your own feelings are real, that other people's emotions and inner lives are no more real than those of people on television shows. That makes misogyny easier, it makes racism easier, it makes violence easier.

It doesn't help that, in some sections of the internet, there is a culture in which cruelty is currency. This is part of the reason why Trump won -- because people like Cruz delighted in his cruelty. He is cheered on these same toxic forums for his ability to "troll" people and "trigger the libs." Trump was the nail in the coffin of basic human decency actually meaning something. Trump won because too many people have become inured to cruelty.

We need to consider the fact that maybe some things need to be taught that didn't used to need to be taught. Instincts that were once perhaps tempered by things as simple as "hanging out" with other people are no longer being tempered. Those who are socially inept don't get the practice they need to overcome it, they don't learn how to relate to people, to read body language and facial expressions. Young men don't learn how to relate to or talk to women like actual human beings. They don't learn how to be masculine, or how to express their anger or emotions, in a healthy way.

This is part of what we talk about when we talk about "toxic masculinity." Contrary to what conservatives and anti-feminists think, this is not feminists saying "being a man is bad and toxic! BOO MEN!" No one is saying that. (Okay, very few people are saying that.) What we are saying is that a lot of the attributes we ascribe to masculinity are unhealthy and, quite frankly, just as bad for men as they are for women. Statistically, men are vastly less likely to seek therapy for mental issues than are women, largely because doing so is perceived as weak and unmanly. Men are expected to be violent, to be sexual conquistadors, to not have emotions other than anger. A woman rejecting them, breaking up with them, is not just a heartbreak, but a perceived threat to their masculinity, to their very identity.

Ease of access to guns, toxic masculinity, white resentment and a lack of in-person socialization are a deadly combination. In Italy, where femicide and domestic violence has become an extremely serious problem, some schools have started implementing what amounts, essentially, to "don't kill your girlfriend" classes -- in which young men are taught, through role-playing and texts, how to handle romantic conflict without resorting to violence. Perhaps something similar needs to be implemented in our own schools. Maybe we actually do need "classes" where young men can talk and role-play and learn healthy ways of responding to their own anger and resentment, healthy ways of interacting with people in real life.

It may sound like a too touchy-feely response to the horror of mass shootings, to the poison of misogyny and racism, but something has to be done. Quite frankly, we clearly need to teach them how to live in and adjust to a world where being a white man doesn't afford them the privilege it once did. If that's not a thing that can "work" then we need to figure out something else. Because whatever we're doing now, it's clearly not working.