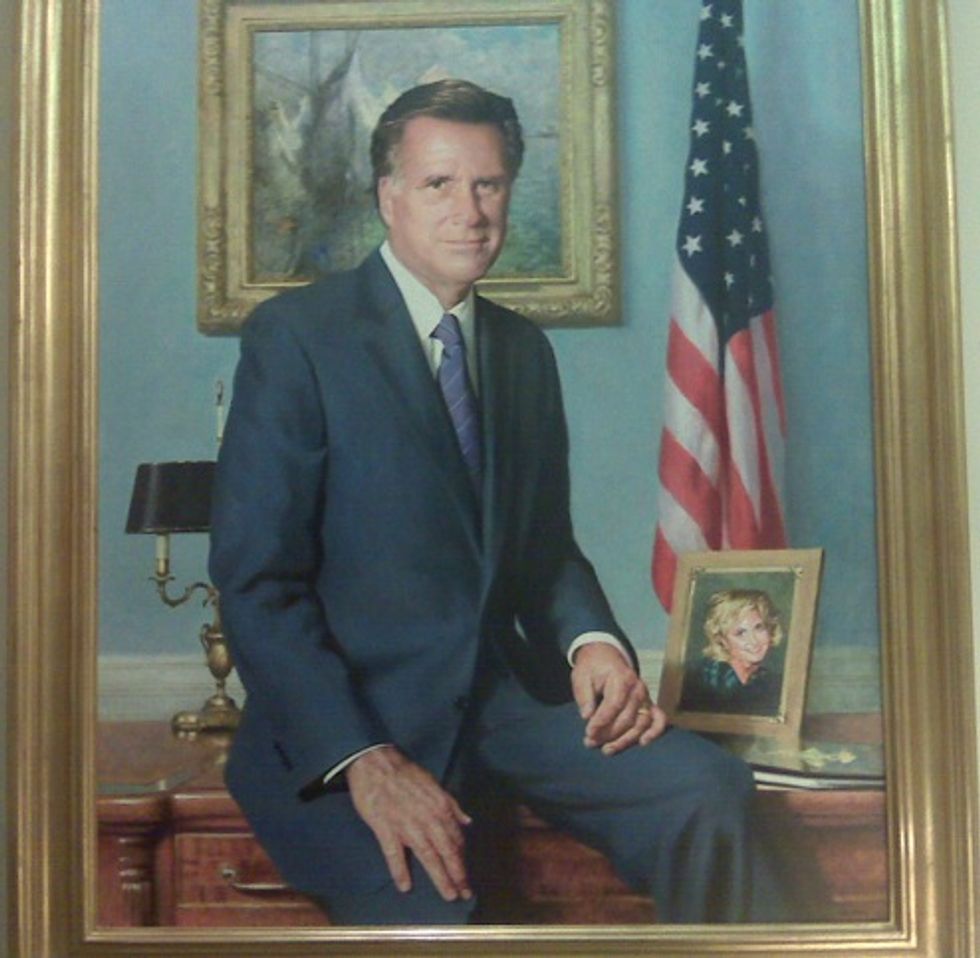 Mitt Romney thinks he can get elected the Republican president of the United States someday, even though he served as the governor of the People's Republic of Taxachusetts and instituted a Cuban healthcare regime while in office. To commemorate his unhappy tenure as a hostage of the Massachusetts state legislature's overwhelmingly Democratic majority, the state unveiled an official portrait of the former governor yesterday. If he looks uncomfortable, it's because of the rectal spindle that attaches him to the desk.UPDATE:

This very subtle Blingee by beloved commenter NoWireHangers was too good not to share.