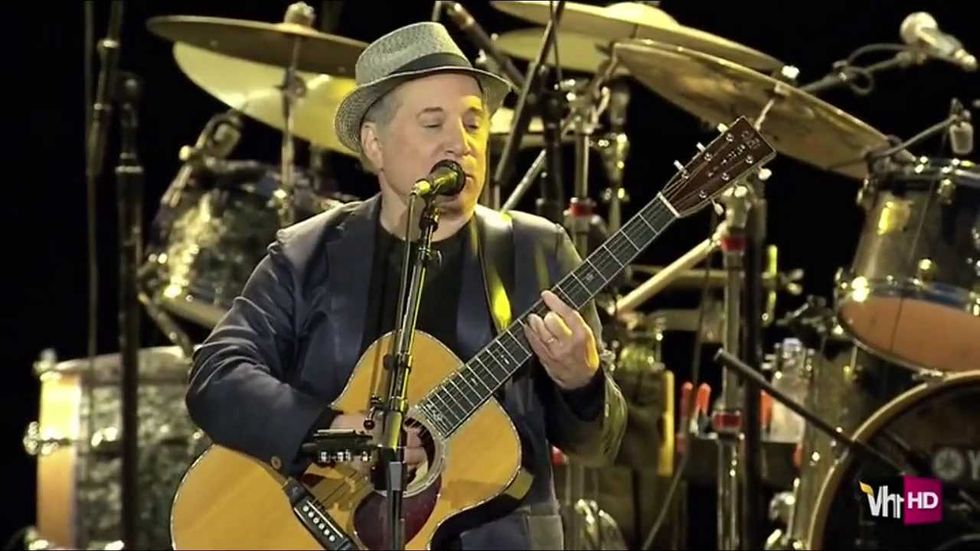 Read it in the New York Times and weep, but also let the man be, as he has been working for 61 years, and you haven't been doing that:

“Showbiz doesn’t hold any interest for me,” Mr. Simon said. “None.”

At 74, he often needs 15 hours of sleep at a stretch. The other day, performing in Philadelphia, he looked out from the stage and was surprised to see four mountains on the horizon. When he put on his glasses, he realized the mountains were actually big white tents. His voice has held up far longer than he had any right to expect but needs frequent days of rest. [...]

“It’s an act of courage to let go,” Mr. Simon said. “I am going to see what happens if I let go. Then I’m going to see, who am I? Or am I just this person that was defined by what I did? And if that’s gone, if you have to make up yourself, who are you?”

FAIR ENOUGH. Also too, if his last concert is indeed to be July 1 (Friday) in Queens, it'll be the end of an incredible career, and yr Wonkette will be able to say that yep indeedy, we saw him on his very last tour. (Because we DID.)

In other music news, and before we shuffle the old Wheel O' iTunes and post the first ten songs that come up at random, did you guys see Beyoncé and Kendrick Lamar's performance at the BET Awards? Holy shit.

All right, let's see what kinda songs come up in this week's shuffle. Here's the list:

And here is your music:

And now you are in the comments, sharing all your favorite Paul Simon songs probably, because that's what you should do.