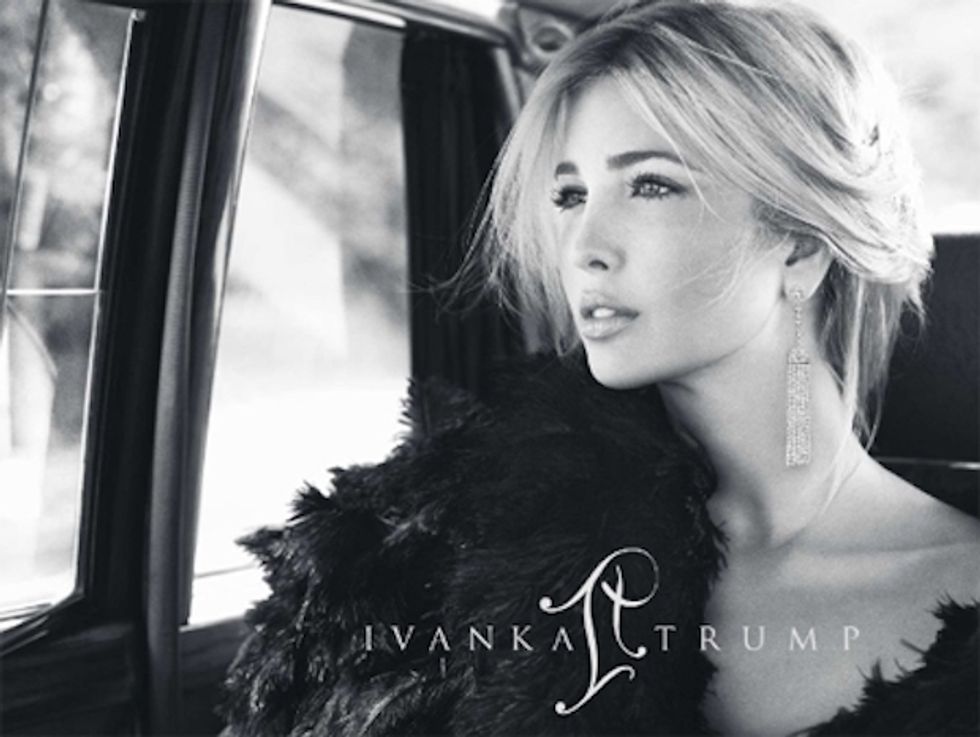 WHEREAS Ivanka Trump is supposed to be some kind of Dad-whisperer, who will use her daughterly brilliance as a moderating influence on her gross dad Donald Trump (who thinks she is BANGIN' HOT), to keep him from doing ALL the awful things he wants to do; and

WHEREAS Ivanka was all "Climate change is going to be my signature issue in the White House!" and had big exciting meetings with such climate change stars as Al Gore and Leonardo DiCaprio to that end; and

WHEREAS Ivanka reportedly isn't all that broken up about how her daddy, like the fuckin' idiot he is, did his part in literally destroying the planet by announcing that he's pulling the United States out of the Paris Climate Agreement; and

WHEREAS Ivanka and her be-dimpled crimer husband Jared, according to sources Politico spoke to, aren't too upset because they're "playing the long game" in the White House; and

WHEREAS Ivanka and Jared's "long game" is some BULLSHIT; and

WHEREAS Ivanka writes lady books (for ladies!) about how she is such a strong feminist, and she even started a pay-to-play Clinton Foundation, to help the lady entrepreneurs; and

WHEREAS Ivanka hasn't spoken up about her grab-ass dad's plan to let employers take contraceptive coverage away from ladies; and

WHEREAS Ivanka came back from her Jewish holiday on Thursday night tweeting bubbly shit about "HAPPY PRIDE TO THE BIG GAY HOMOSEXUALS!" You know, because Ivanka is down with the gays and stuff; and

WHEREAS Ivanka's dad can't even seem to be bothered to issue an LGBT Pride Month proclamation, even though he's issued June proclamations about a host of other things, and even though we were ASSURED before the election that Trump loved the gays SO MUCH; and

WHEREAS Ivanka either really doesn't care about climate change or women's issues or gay issues, and is just in it for the fame and the grifting, or she's just REALLY bad at influencing her father to do jackshit (as The New Republic's Brian Beutler examines in this piece right here); and

WHEREAS Ivanka seems to be a grifter asshole who stiffs contractors just like her dear old dad; and

WHEREAS Ivanka's main qualification for having a West Wing job is being a fashion designer; and

WHEREAS Ivanka is really actually not all that good at fashion, if you take the time to look at her uggo clothes;

NOW THEREFORE, WE, YOUR LOYAL WONKETTE, by the authority vested in us by BECAUSE WE SAID SO, do hereby proclaim June 2, 2017, as the day Ivanka Trump should really go fuck herself and stop acting like her nepotism hire in the White House is in any way useful to the human beings of the United States of America.

Wonkette is funded by readers like you! No ads! If you love us, click below, to fund us!