Oh, Hey, Bernie Sanders Might Win Nevada Caucus After All, Because Process Is Nuts 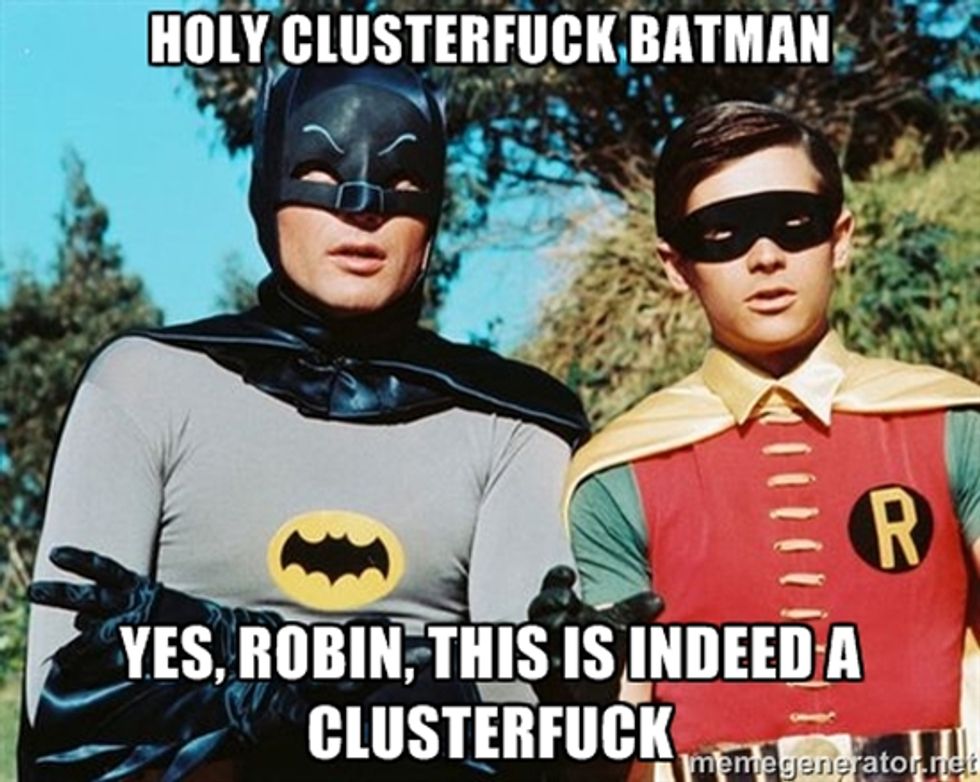 [wonkbar]<a href="http://wonkette.com/598933/your-post-nevada-post-south-carolina-post-bushpocalypse-caucusprimary-wrapup"></a>[/wonkbar] You guys probably remember how Bernie Sanders narrowly lost the Nevada Caucus to Hillary Clinton a few weeks back; it was really close, with Hillz getting about 53 percent of the vote and Bernie 47 percent. And with that vote breakdown, the delegate count from the caucus came out to 20 to 15 to Clinton's advantage. Except it didn't quite, because the delegate selection process is insane. Or maybe it's perfectly sane and we should simply stop naïvely saying anyone ever "wins" a state on primary/caucus day, since what follows that is so often a byzantine process of county and state conventions where a close loss can turn into a close win, or at least a much closer loss. And that's what happened in Nevada Saturday as the counties held their conventions. Let's Wonksplain!

Clinton was presumed to have a 20-15 delegate edge after the caucus based on her 5 percentage point win in the caucuses. But because the caucus process allows some delegates to be unbound, 12 of those were up for grabs at the 17 county conventions Saturday. Sanders had 600 more delegates in Clark on Saturday despite losing the state's most populous county by nearly 10 percentage points.

That is expected to switch two delegates to Sanders, giving Clinton an 18-17 lead in Nevada, but that is still pending the results of the state convention next month when those 12 slots could again change. (Sanders also dominated in Washoe and did well elsewhere.) Ah, the caucus process.

Fun, huh? Now let's really get into the weeds and see how this played out in Nevada's largest county, Clark, where Sanders went from a 10-point loss on caucus day to a win in the number of county delegates going to the state convention in May. We'll let the Las Vegas Sun do the heavy explanatory lifting this time:

Nearly 9,000 delegates were elected on caucus day in late February, but only 3,825 showed up to Saturday’s convention. An additional 915 elected alternates and 604 unelected alternates also turned out to support their favored candidate.

Now, there's absolutely nothing sneaky or underhanded going on here -- the Hillary delegates simply didn't show up for the county conventions in the proportions the caucus chose (or some may have changed their votes). There's no gaming of the system; this IS the system, working exactly the (arguably crazy) way it's supposed to. It's like how Donald Trump "won" the Louisiana primary, but then in the post-primary delegate selection process, Ted Cruz may end up with more delegates from the state. It doesn't mean Cruz was doing anything shady, which might be the first time Ted Cruz wasn't being a shady little weasel. Ever.

But, because of the way delegate-selection rules work in Nevada, they will only get to decide the proportion of 12 delegates — five pledged party leaders and elected official delegates and seven at-large delegates — that go to each candidate.

The apportionment of 23 delegates, known as “district-level” delegates, is already decided, as they are based proportionally on the Feb. 20 caucus results in each district [...]

There are an additional eight unpledged party leaders and elected official delegates who will attend the national convention.

See? Perfectly clear! And somehow out of all that, Nevada will eventually apportion its total of 43 delegates somehow, and for all we know they will proudly announce at the national convention that they're all committed to Adlai Stevenson.

[wonkbar]a href="http://wonkette.com/598916/presidential-wannabes-prepare-for-saturday-night-massacre-funtimes-yay"[/wonkbar]As we have mentioned once or twice, caucuses are undemocratic and unwieldy, and this post-election scramble makes the system even nuttier. Still, isn't it great that our presidential candidates are no longer chosen by party bosses in smoke-filled rooms? Now they're picked by whichever campaign organizers are best able to maneuver their delegates through the arcane rules of the state parties. We suspect that experience playing Dungeons and Dragons may be an advantage; perhaps the 2020 Nevada caucus will be decided with graph paper and a 20-sided die. At least all the venues are nonsmoking areas.