Oh Look At All These Tennessee Republicans Who Love Taxpayer-Funded Healthcare, But Just For Themselves, No One Else 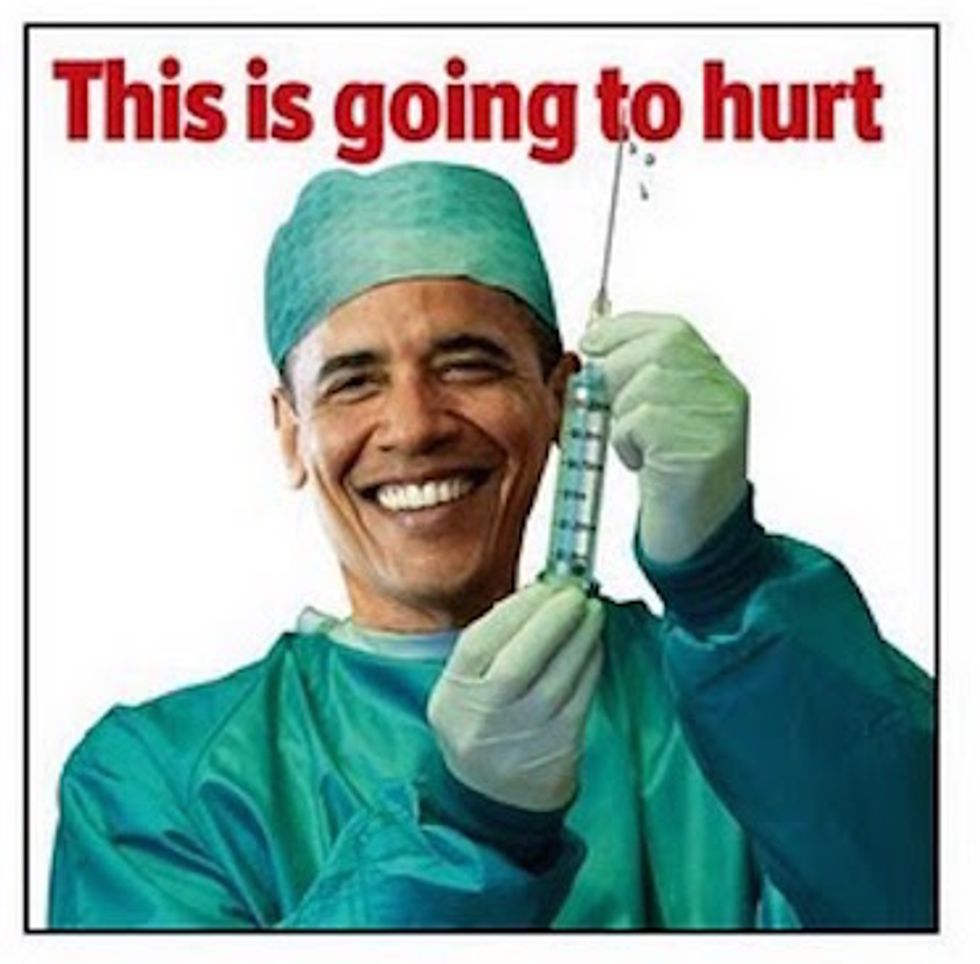 Tennessee Republicans are damned sure the citizens of their fine state love freedom a lot more than they love taxpayer-funded health insurance. Which is why they are ready to die on the Obamacare hill and wage all-out war against Republican Gov. Bill Haslam's attempt to expand "not Obamacare" Medicaid to insure an additional 280,000 Tennesseans, to keep socialized insurance out of Tennessee. For the regular people, that is. For the state's legislators, taxpayer-funded healthcare is (shhhhh, don't tell anyone) just fine, thanks.

A state agency turned over documents to The Tennessean on Friday morning detailing health insurance premiums paid for lawmakers, but the actual amount spent covering medical care for the part-time jobs has yet to be released.

Tennessee has paid $5.8 million since 2008 in premiums, while the cost for the lawmakers for the coverage was $1.4 million during that period.

Funny story about that. Turns out an awful lot of those lawmakers who are happy to let taxpayers foot the bill for their health insurance have voted against letting taxpayers -- or, more accurately the federal government, funded by taxpayers in other states -- foot the bill for each other. Just look at this List o' Hypocrites, compiled by The Tennessean:

One of the moochers on that list is our old friend state Sen. Todd Garenhire. He's the one who keeps insisting he doesn't use taxpayer funded insurance because his day job as a senior vice president at Morgan Stanley covers his insurance needs. And yet, huh, state records show he's accepted $30,924.91 in taxpayer contributions. Wow, it is almost like he's a lying jerk. Oh wait, he is a lying jerk. He's the guy who not so long ago called a constituent an "asshole" for asking why Garenhire kept voting against Medicaid expansion in Tennessee while accepting taxpayer-funded health insurance for himself and his family. And then he later defended his behavior by insisting that the constituent was "lucky" Gardenhire "only called him by his first name" instead of, we dunno, crying out "Pistols at dawn!" or something.

So now these Tennessee legislators who will be damned if they're going to let commie healthcare infect their state are all kinds of embarrassed that records show just how much they love it, for themselves.

"These numbers reveal a stunning hypocrisy," said Walter Davis, executive director of the Tennessee Health Care Campaign. "The loudest opponents of a legislative debate on Insure Tennessee receive as much as $93,600 in premium support for their health insurance."

Hey, you know what might settle this once and for all and appease the taxpayers and allow the legislators to continue mooching off the state without looking like giant hypocrites? Dropping their war against Obamacare and allowing the state to pass Insure Tennessee so everyone gets to enjoy affordable healthcare, not just the lawmakers who oppose affordable healthcare for everyone but themselves.