Oh No, These Sad 'Alt Right' Dudes Think They Are Reservoir Dogs Now! 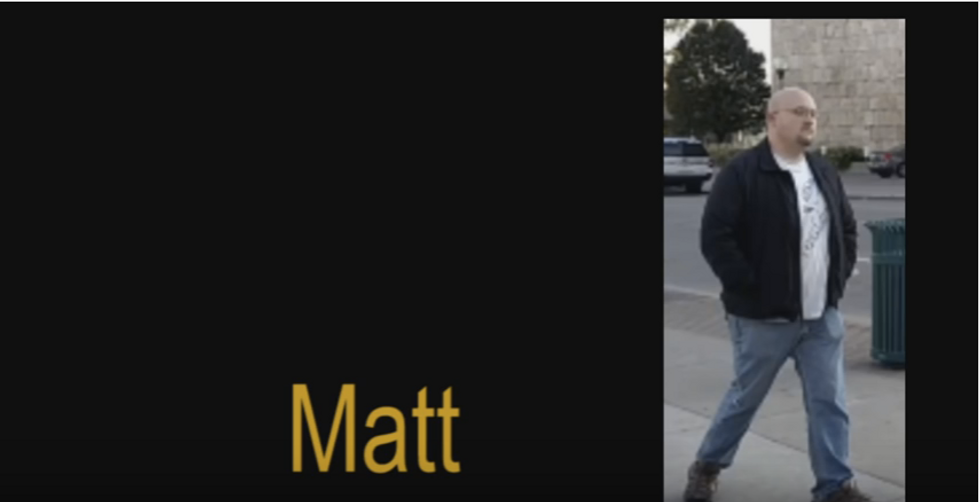 Happy Friday! I am sorry to do this, but I am going to have to taint your entire weekend with the deeply sad visual of four "alt right" (it means "racist") dudes doing their own interpretation of the opening sequence of Reservoir Dogs. Why? I seriously don't know. The only thing they appear to be trying to rob here is themselves, of their own dignity, which I do not believe they had to begin with.

The "cast" includes your favorite manosphere douchebag and mine, Matt Forney (you know, the guy who wrote that essay defending Brock Turner, and also once wrote another essay titled "Why Fat Girls Don't Deserve To Be Loved" and at least one book about how you can be a sex machine to all the chicks just like he is. It also includes Davis Aurini, the Anton LaVey-looking racist sludgemonster who tried to make a "documentary" about how evil Anita Sarkeesian is, but ended up making a 40-minute garbage fest in which the big "reveal" is that Feminist Frequency uses a P.O. box, and some other men I have not ever heard of before (Karl, Aaron and Johann!), but whom we can assume are pretty terrible also.

The whole video consists of them strutting around the National Underground Railroad Freedom Center in Cincinnati, which is an odd choice. Karl, whoever he is, wrote a blog post about their Ohio adventure, mostly about how they are cool dudes who smoke cigars, but also about there is too much "white guilt" in Ohio, so maybe it has something to do with that? I don't know. Again, I have no damned idea why this even exists in the first place, only that it is one of the worst things I have ever seen in my whole entire life.

Rebecca asked me which one I thought was Mr. Pink, and I've decided that it's all and neither. You see -- on the one hand, exactly none of them is handsome enough to be Steve Buscemi, but on the other, I have a very strong feeling that they all have long, drawn out explanations for why they refuse to tip.

[We Hunted The Mammoth]