Oh No, Zombie ACORN Coming For America, Again (No It Isn't) 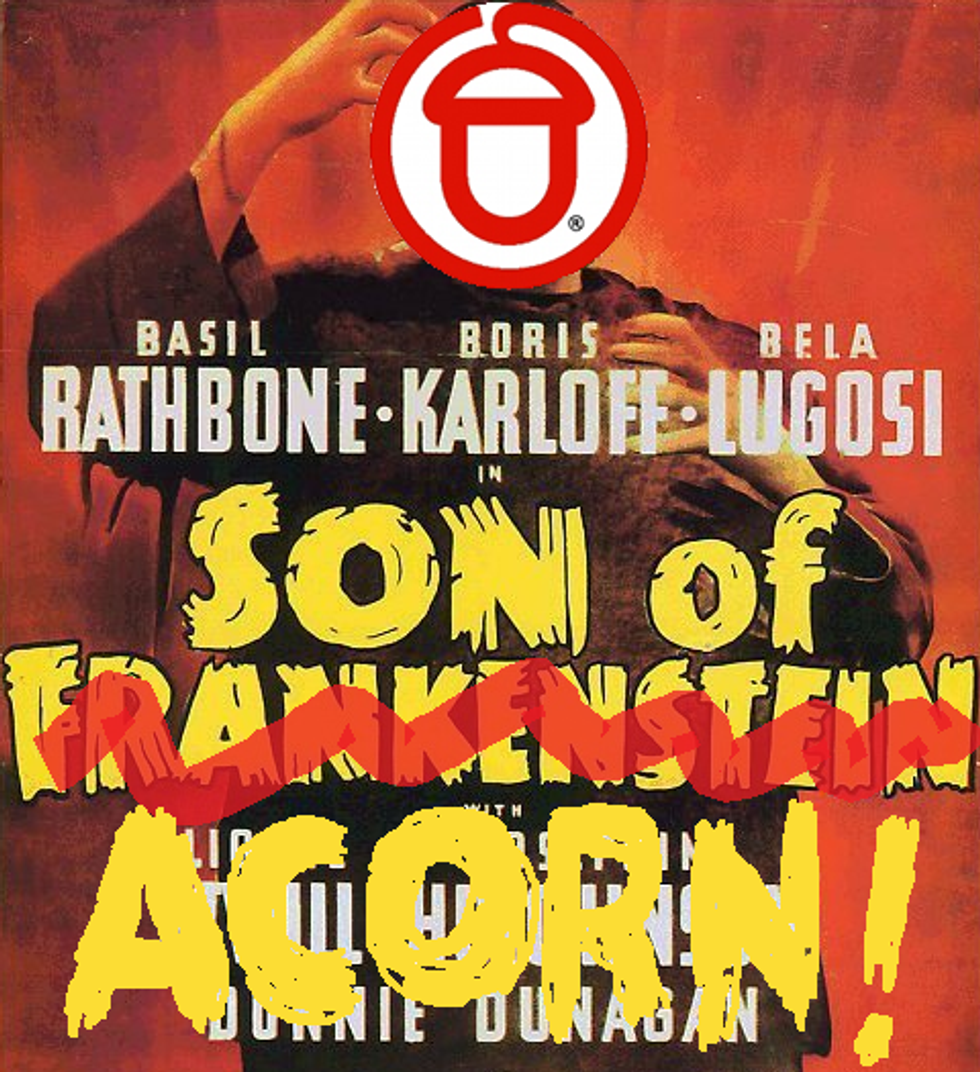 Now that Republicans control Congress, they're ready to roll up their sleeves and get to work and try to make up a scandal about the Obama administration trying to give bejillions of dollars to undeserving minorities. We're not sure this one is going to get any traction with the Fox News crowd, since the details are actually a bit too esoteric to fit on a bumper sticker, but that may not matter. Since it involves mortgages, big banks, the Department of Justice, and nonprofit community groups, maybe all they'll need to do is yell "ACORN!" and "La Raza" a whole lot.

The House Judiciary Committee held a hearing Thursday to investigate a small part of the DOJ's settlement with giganto banks that reached settlements in mortgage fraud cases. Basically, one part of the settlement requires banks to contribute to mortgage-counseling nonprofits, to guide people through the complex process of debt relief. The alleged problem with this, say Republicans, is that maybe, just maybe, the whole thing is a scheme to funnel money to activist groups! HuffPo's Zach Carter notes that members of the committee conjured the scariest possible scenarios:

Rep. Tom Marino (R-Pa.) said he was worried "someone at Justice, and as you said -- at the highest levels -- is picking and choosing who will get this money."

Problem is, it's a pretty lousy slush fund. The settlements with the two banks, Citigroup and Bank of America, involved billions of dollars of fines, and the provision to help pay for mortgage counseling comes to a whopping $30 million -- less than 1 percent of the total fines. Also, not a cent has yet gone to a single "activist group." In fact, the banks, not the Justice Department, will be the ones who decide which mortgage-counseling nonprofits the funds will go to; they simply have to choose any of several thousand nonprofits approved by the Department of Housing and Urban Development.

Ah, but here's the scandal: by not saying exactly where the money should go, the DOJ is secretly usurping Congress's power to allocate funds, because those fines are supposed to be government funds. Also, what if the money goes to ACORN, which doesn't exist anymore?

The investigation is being headed by Virginia congressdope Bob Goodlatte, who took care in his opening statement to use lots of scary language about his grave concern that the DOJ "may be systematically subverting Congress’s budget authority," and of course mentioned the specter of still-dead ACORN and Hispanic civil rights advocacy group La Raza, OOOOOH SCARY.

Goodlatte notes that even if the money actually is used to provide relief to people with crap mortgages, since money is fungible, the funds would free up these nefarious activist groups to "engage in more controversial activism in other areas." Like probably starting a race war, maybe!

It really looks like the Republicans are giving this a good old college try, but the details of financial settlements simply aren't very sexy. So far, we've only seen a couple of rightwing blogs latch on to the story: Investor's Business Daily has an editorial thanking the GOP for finally investigating "Holder's Bank Shakedown Settlements," and Fox News ran a story on its website. The real scandal, of course, is that no bankers have gone to jail. But maybe if they make enough noise and can find a way to get James O'Keefe to dress like a pimp and apply for some of that sweet mortgage counseling moolah, they can turn this into the Teapot Dome of 2015. If only there were some way to connect it to Benghazi.