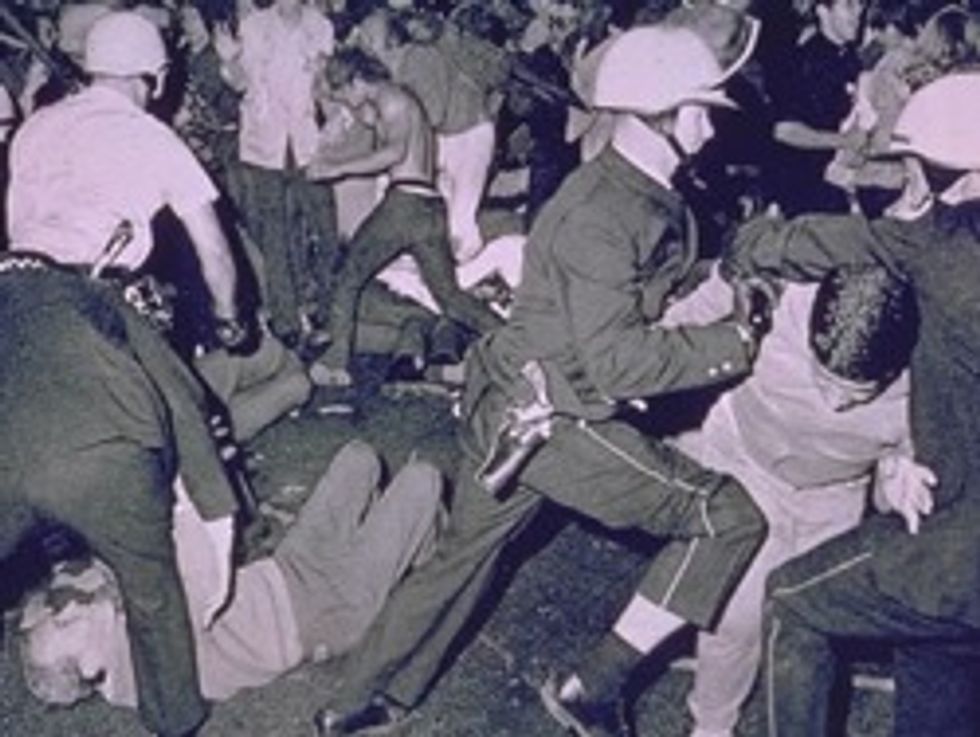 Because we are kind of busy, and WTFJack Reed?, here is your editor's basic report on what we're doing, in Denver and Saint Paul and everywhere between, even though your editor just got diagnosed with the Strep Throat.

"This is exactly what you want to catch before flying to Denver and renting a house and covering the DNC and Obama's stadium acceptance and then driving for two days to St. Paul, because that seemed like a fun idea at the time, and checking into a couple of suites at a business traveler hotel about four cities away from the convention site, and covering McCain's coronation and the Ron Paul sports arena show and a million protesters and then flying back to California, and probably infecting several hundred thousand people along the way, causing the exact apocalypse we know and love from that Stephen King book." [AOL Political Machine]