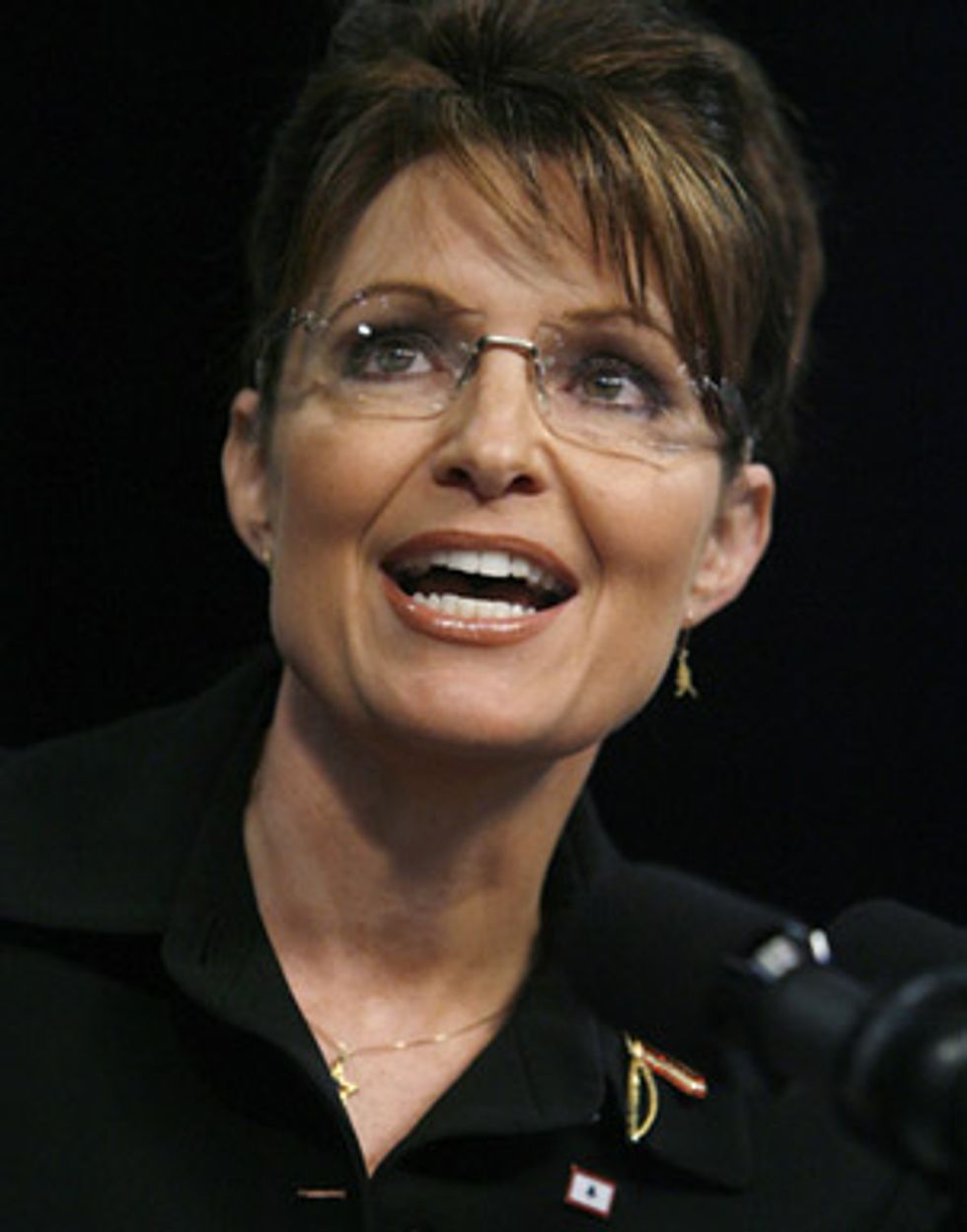 The news of Sarah Palin'sliterary fortunes—both fiscal and fictive—also brought a smaller bit of news about a secret mystery company owned by Palin. "In April, while still governor, she founded what she describes as a "marketing" business, called 'Pie Spy.' Palin lists herself as the owner of the limited liability company, which was incorporated in March by her spokeswoman, Meghan Stapleton, who listed Palin's lawyer, Thomas Van Flien, as its agent." Extensive journalism Googling by Ben Smith also reveals that the dessert-based marketing company has something to do with helping disabled people, possibly old disabled people, by spying on them. Um, and corollary sub-revelation: of course Meg Stapleton is essentially also her de facto lawyer. [Ben Smith]