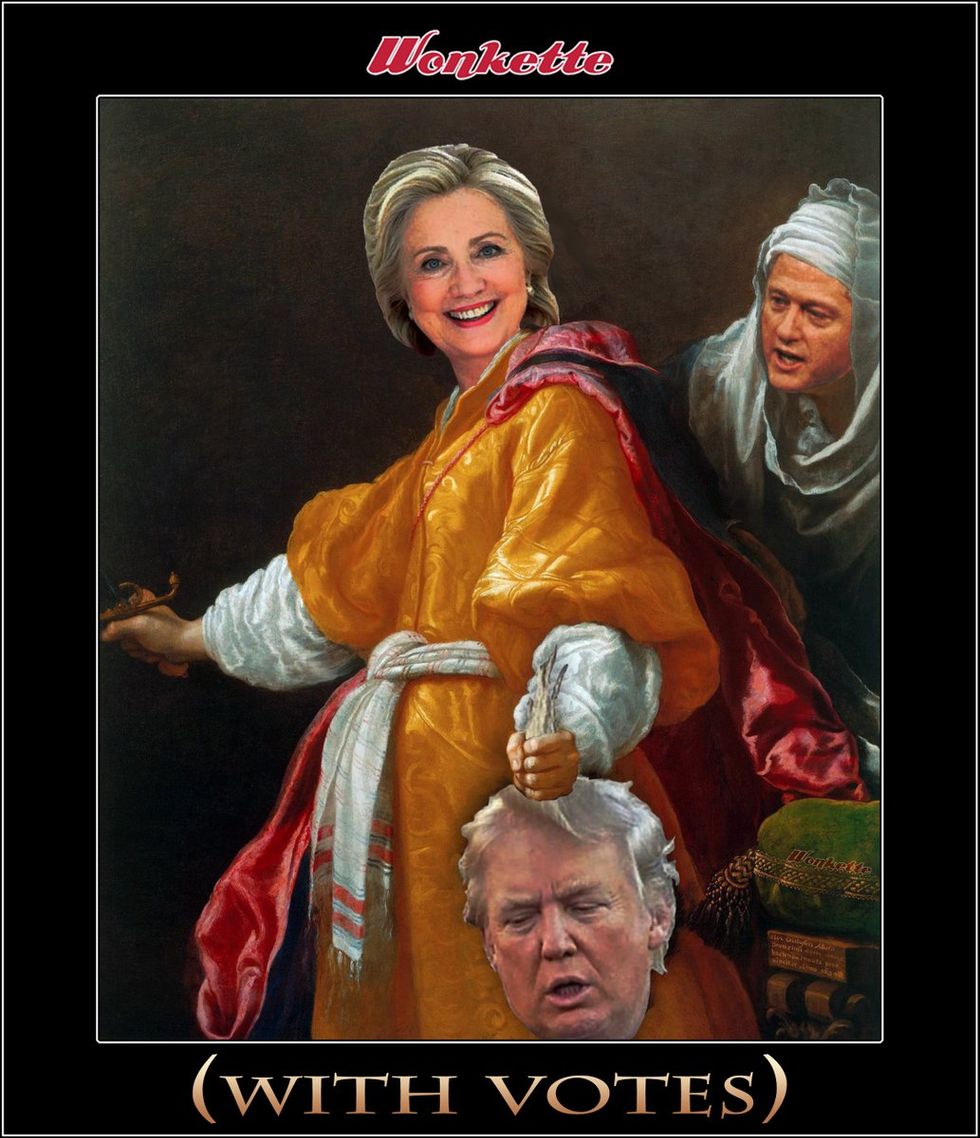 Do you know the story of Judith and Holofernes? Judith was a rad Jewish woman, and Holofernes was a ... Roman? general who wanted to rape her. She was like "cool, Holofernes, I will just come to your tent and attend to your boner, no problem, awesome Jewish chick coming at ya," and then she CUT OFF HIS HEAD.

Isn't that a good story?

So what we have here is some original Photoshopping by the one and only Shypixel, and we have it for you! We have it on men's shirts and women's shirts and tote bags and coffee cups and all the other places Redbubble lets us put original photoshops.

Are you still lonesome for Hillary of Arc? She continues to exist over at the Wonkette Bazaar, along with Professorski Elizabeth Warrenovna in men'sandwomen's shirts; Wonkette kittens; Wonkette baby kittens; and ... probably something else.

Don't you want a t-shirt that looks like this?

We are slowly phasing out items at our Wonkette Bazaar, because I end up sending the wrong shirts to the wrong people and then they have to write to me like "editrix? thank you for the wrong shirt but may I please have the right one? I am very sorry to bother you and it is probably my fault," which, really, it probably is, and I don't know how it keeps happening because I'm usually not even high.

Does the money for this go to the Hillary campaign?

Nope. Hillary Clinton would want us to make an oligarchical living, for being a shill.