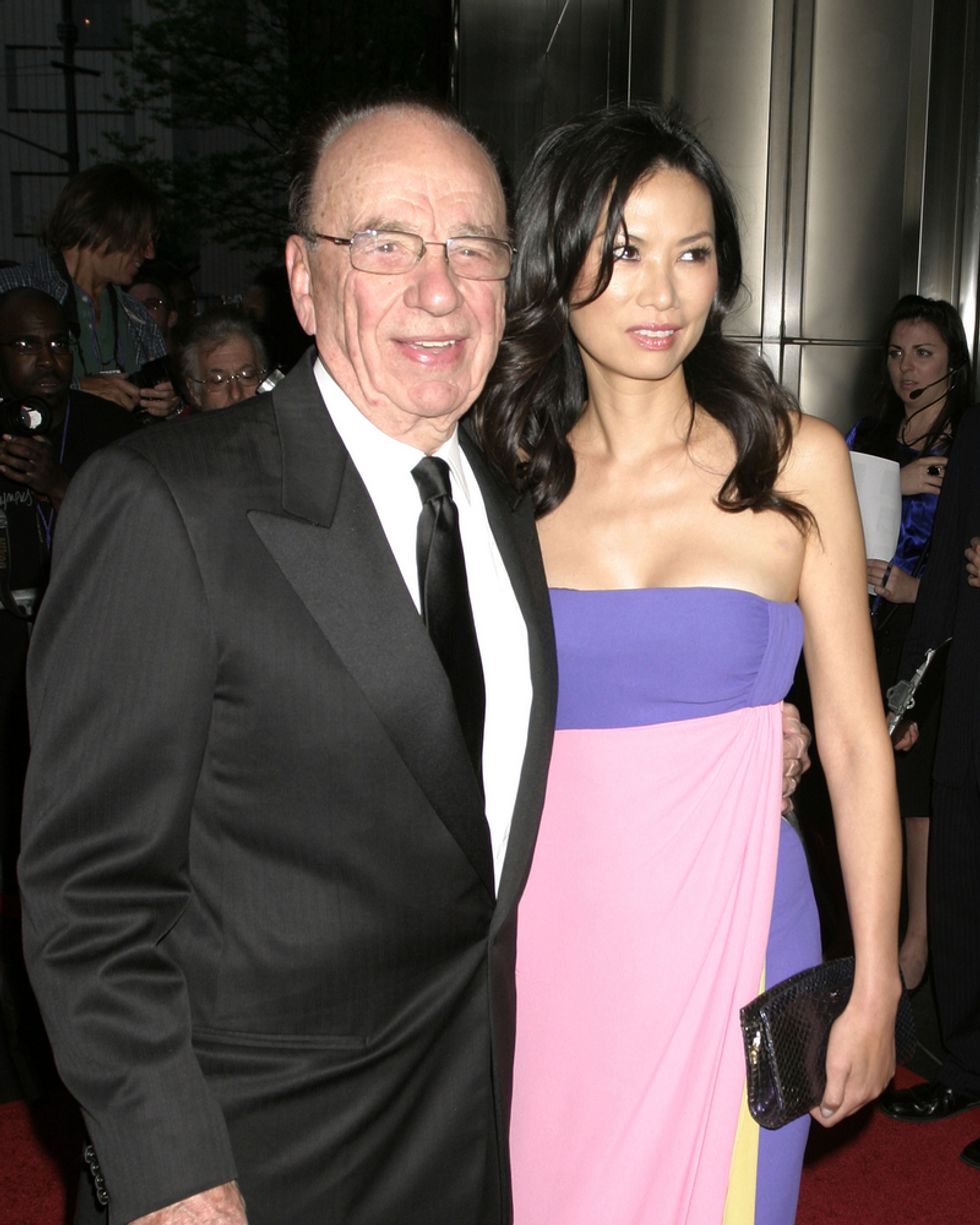 We've been consumed -- CONSUMED -- with the notion that Wendi Deng, the decades-younger ladywife of Freedom Hero Rupert Murdoch, was totally getting porked by British lapdog to the stars Tony Blair. But did we have the means to prove it? Fuck no. Thank God Vanity Fair is here to give this story the kind of in-depth shoeleather investigative reporting it needed.

The passionate note surfaced amid the flotsam of a shipwrecked marriage. It was written in broken English by a woman to herself, pouring out her love for a man called Tony. “Oh, shit, oh, shit,” she wrote. “Whatever why I’m so so missing Tony. Because he is so so charming and his clothes are so good. He has such good body and he has really really good legs Butt . . . And he is slim tall and good skin. Pierce blue eyes which I love. Love his eyes. Also I love his power on the stage . . . and what else and what else and what else . . . ”

The woman was Wendi Deng Murdoch, the Chinese wife of the Australian media mogul Rupert Murdoch. The note, not revealed until now, could have been one of the few pieces of evidence in their surprise divorce last year, had the case come to trial. “Tony” was the former prime minister of Great Britain, Tony Blair.

Then Wendi Deng's vagina ate Tony Blair, and he died, the end.

Also, Elizabeth Hurley did not have sexual relations with that man, Bill Clinton, the end again.

This has been your Who Are the Leaders of the Free World Circa Mid-'90s Boning Update of the Day.