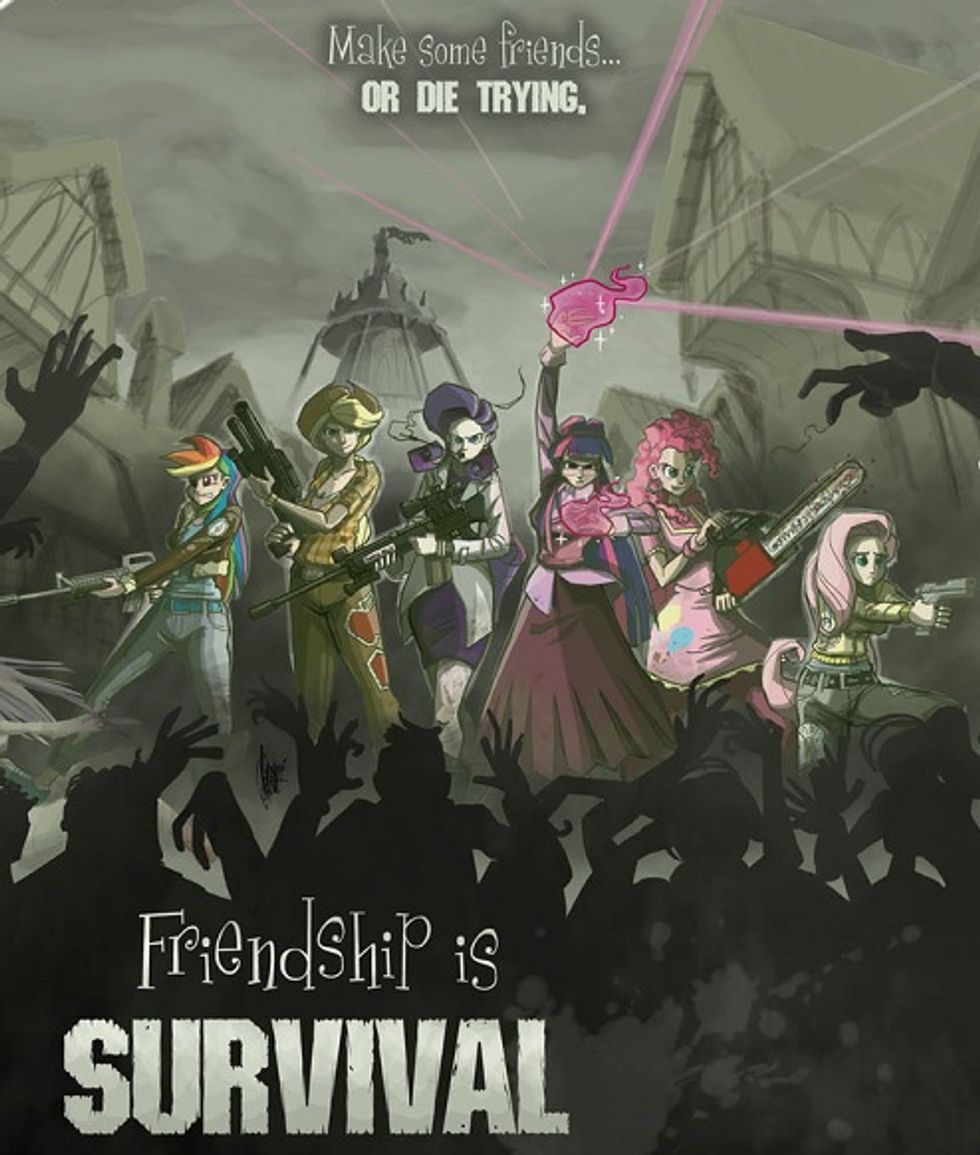 Look, just because a guy is stockpiling enough guns and ammo in the back of his store for a small Central American revolution, has a bunch of neo-Nazi literature, and keeps a list of black and Jewish leaders from all over Ohio and Michigan, that doesn't mean he was preparing for a race war. Maybe he's merely a survivalist with a keen interest in the goodwill of minority communities after civilization falls apart, and just wanted to be ready to help them rebuild? And so, since the judge wasn't convinced by the prosecution's theory that Toledo, Ohio, business owner Richard Schmidt was planning a campaign of assassination, Schmidt was sentenced Thursday to almost six years in prison, not the 10 years that he could have received.

It's a victory for racists everywhere -- collect all the guns you want, but insist you're just getting ready for a zombie apocalypse.

Schmidt, the charmer pictured below, ran a sports store in a mall in Bowling green, about 20 miles from Toledo; in addition to selling counterfeit NFL jerseys, he also kept a stockpile of weapons, freeze-dried food, bottled water, and a cot in a back room of a vacant store in the mall. When federal agents raided the mall, they found shotguns, rifles, and 40,000 rounds of ammunition in that room, as well as body armor, white supremacist literature, and that list of names. Schmidt pleaded guilty in July to possession of firearms and trafficking in counterfeit goods. The counterfeit clothing was what first attracted law enforcement attention, and then they found out that Schmidt was using the proceeds from the illegal NFL swag to finance his gun habit.

U.S. District Judge Jack Zouhary said he found the amount of weapons Schmidt had amassed troubling, but also found that prosecutors had not proven why he had them or what he might have done with them. Schmidt's attorney had argued that he was merely preparing for some possible doomsday breakdown of civilization and had no plans for his guns other than to stay alive once the shit hit the fan. (Not mentioned in the article but a given among survivalists is that ammunition and guns aren't just personally useful; they'll be the currency of choice for barter in post-apocalypse America, because this really is how these folks think all the time.)

But what about that list of names and addresses of prominent black and Jews? Well, you see, there's a very compelling explanation for that, which is that, as Schmidt told the judge, he never should have compiled such a list, but he never meant anything by it, no sir, not at all. "I had no intent to do any of those things," he said.

You know how it is, sometimes you just want to start keeping a list of people. It could be anything. Maybe it was a Christmas card list, but they nabbed him in July before he could buy stamps. It's getting to where a man can't enjoy his hobbies of doomsday prepping and minority demographic research without people jumping to conclusions. In any case, we bet Schmidt is going to have a blue, blue Christmas when black Santa delivers nothing but dreidels to him in prison this year.