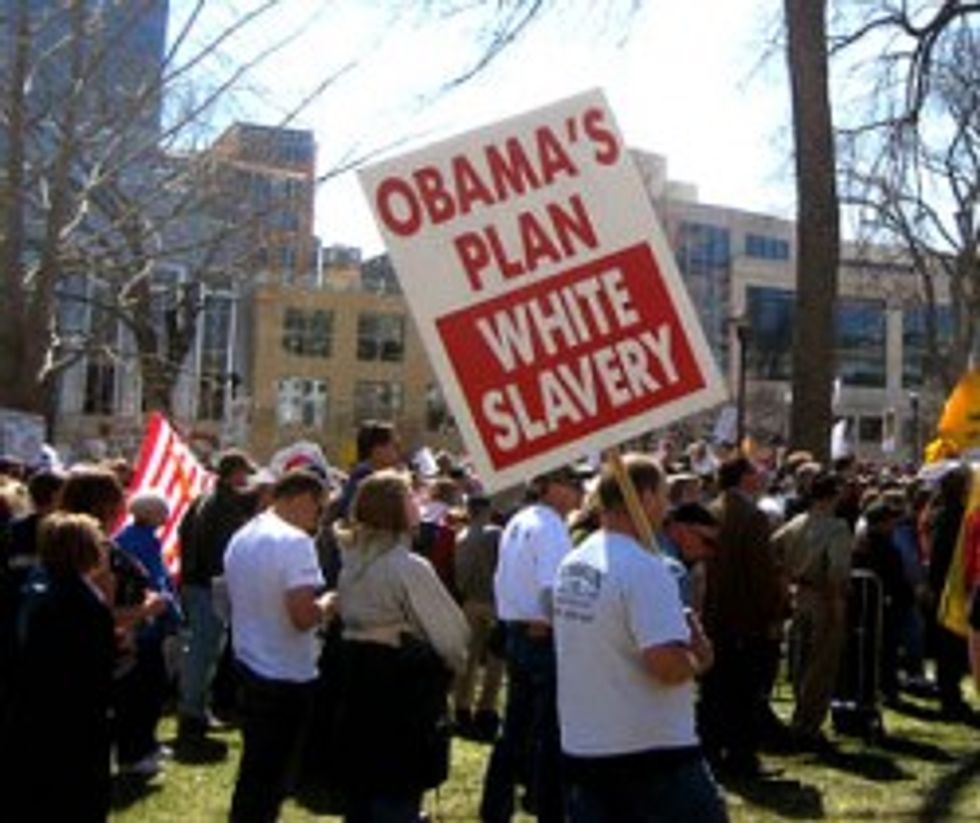 What are the racist loonballs up to in ...let's see, Ohio this time? Sure, why not give Arizona a quick break? Antiques-collecting landlord lady Jamie Hein of Cincinnati is apparently the sort of person who came to mind when someone wanted to gift a 1931 sign from Alabama that reads "Public Swimming Pool, White Only." Luckily enough, she found a perfect place to hang it! On the gate to her pool, right after the African-American daughter of one of her tenants went swimming in it. No big deal, she said, because "I'm not a bad person. I don't have any problem with race at all. It's a historical sign." HMMM. Isn't "history" more like the precise reason why this was a bad idea?

Michael Gunn, 40, is the man who took issue with Hein's sign and filed a discrimination charge with the Ohio Civil Rights Commission. He was a tenant in one of Hein's properties.

"We invited my daughter, who is African-American, to visit and swim in the pool for the Memorial Day weekend," Gunn wrote in his complaint. "The owner, Jamie Hein, accused my daughter of making the pool 'cloudy' because she used chemicals in her hair. Days later, she posted a sign on the gate to the pool which reads, 'Public Swimming Pool, White Only.'"

Hein said that the sign had nothing to do with Gunn's daughter and that it was already up at the time of that party, but cannot be seen when the gate is open.

OH, she says it was there before. Well in THAT CASE, it's not hateful? The Ohio Civil Rights Commission disagreed and ruled in Gunn's favor, and Hein is now seeking an appeal of the decision, because OPPRESSION.

Hey, did you know there are weird, ignorant people out there who still believe "rights" are a zero-sum game? Yeah. [ABC News]