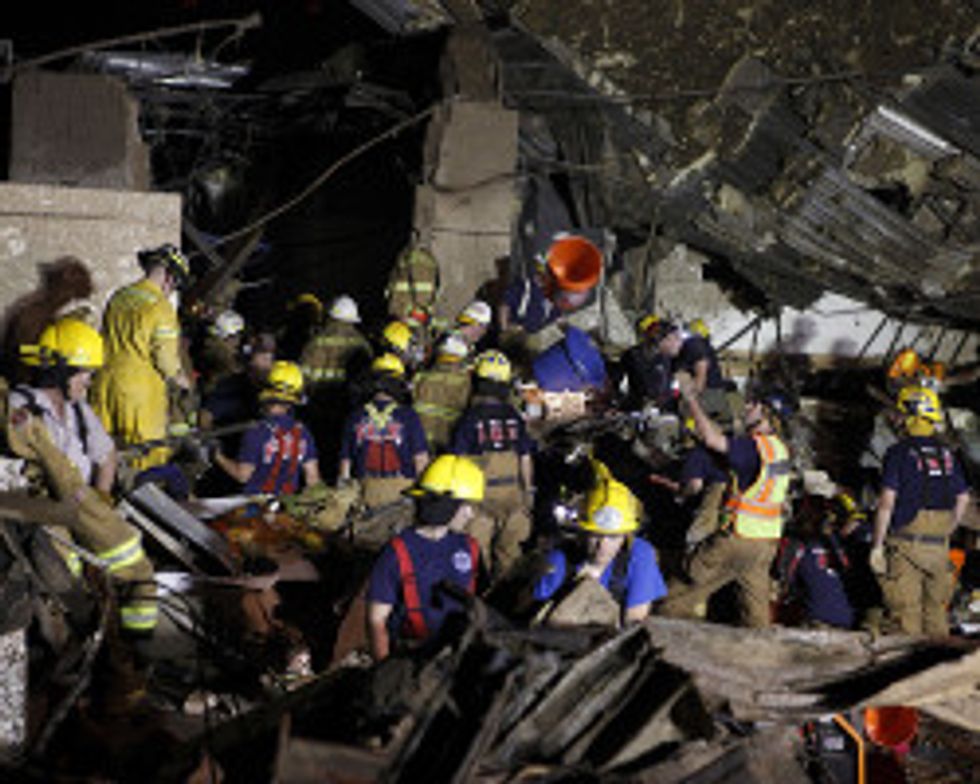 You would think the legislators of Oklahoma would have their hands full with that whole our-state-got-totaled-by-a-tornado (or maybe it wasthe government's secret "weather weapons") situation. But no, turns out they are staying focused on the single biggest threat EVAH: health care for ladyparts.

In the wake of one of the most destructive tornadoes in history, Oklahoma state senators passed a bill on Wednesday that would effectively defund Planned Parenthood.

Senate Bill 900, which re-allocates family planning funds to public providers and hospitals instead of private providers like Planned Parenthood, passed by a vote of 33 to 8. The state Senate was able to pass the bill somewhat under the radar because it was not posted on Wednesday's legislative agenda.

Isn't that nice? While Oklahomans are sorting through the rubble that used to be their homes, and the rest of America is crying about dead children and sharing videos of that one lady who found her missing dog, and the state's U.S. senators are competing against each other for Biggest Dickhole, those sneaky rascals in the state Senate figured they'd slip a quick little "Fuck you, womens" bill through, all quiet-like. Because lord knows that what Oklahomans who've lost their houses and maybe even their children really need right now is to also lose their affordable health care too. Priorities!

But here is a nice silver lining sort of thing.

At least one Republican understands that cutting off funding for health care is, like, a bad idea. He is state Rep. Doug Cox. He is also a doctor, so he probably learned about the importance of basic health care when he was in doctor school, and, by the look of his failure to understand just how important it is to defund Planned Parenthood, his career as an Oklahoman Republican should be ending any second now. But until then, he's planning to vote against the bill:

"To defund a program like Planned Parenthood would be a mistake," he told The Huffington Post in a phone interview. "They perform a valuable service as far as breast cancer screenings, cervical cancer screenings, parenting classes, many things that benefit our state that we're sorely in need of."

That is some pretty smart talk, right there. Thanks, Rep. Cox, we hope you get to vote "no" before they recall you and send you to Gitmo for being, you know, reasonable.