Old Handsome Joe Biden's Son Hoovering Up All The Cocaine 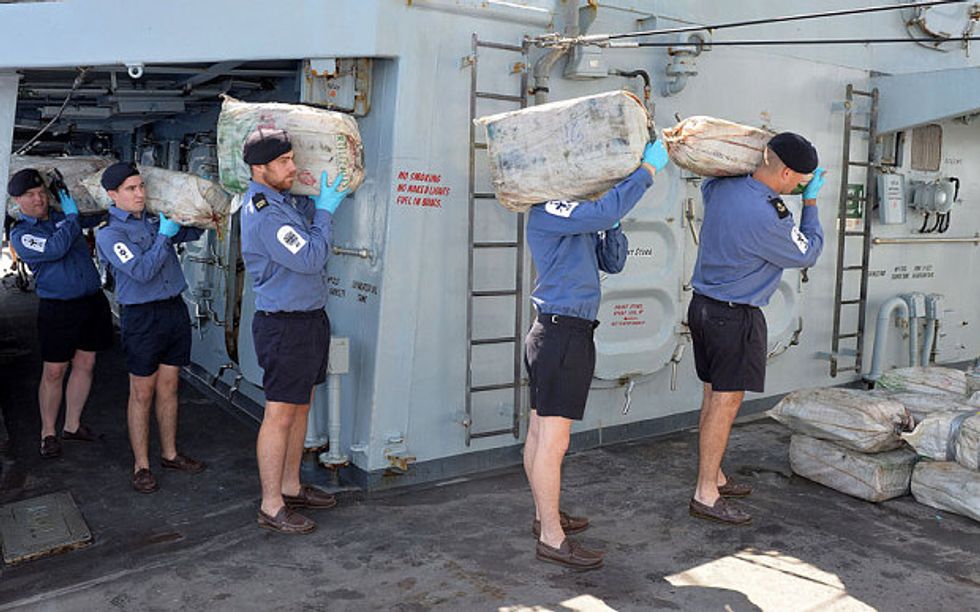 Vice President Joe Biden's son Hunter was discharged from the Navy Reserve in February of this year after failing a drug test for cocaine, according to the Wall Street Journal. It's a sad story, and pretty unremarkable, but thank god, the Stupidest Guest Blogger on the Internet, Gateway Pundit's Kristinn Taylor, was able to find a way to make it a symptom of Joe Biden's duplicity:

Why did Joe Biden keep the American People in the dark about his youngest son's discharge from a minor public-relations job with the Navy Reserve, huh? After all, Taylor notes, "When Hunter Biden joined the Navy Reserve in 2012, the AP wrote a gushing report," so obviously, since Biden made the media do his bidding that time, didn't the American people deserve to have all the details back in February? Lord only knows, the withholding of this information may have led many Americans to make serious Hunter Biden-related decisions without having all the facts.

It is time for the administration to come clean. The American people need to know the truth, and must demand that Barack Obama and his cronies finally provide the vice-presidential offspring transparency they promised.

Note stolen from Peggy Noonan: If you find yourself paywalled by the Wall Street Journal, simply type the title of the article (Biden’s Son Hunter Discharged From Navy Reserve After Failing Cocaine Test) into Google, and presto! A link with no paywall.