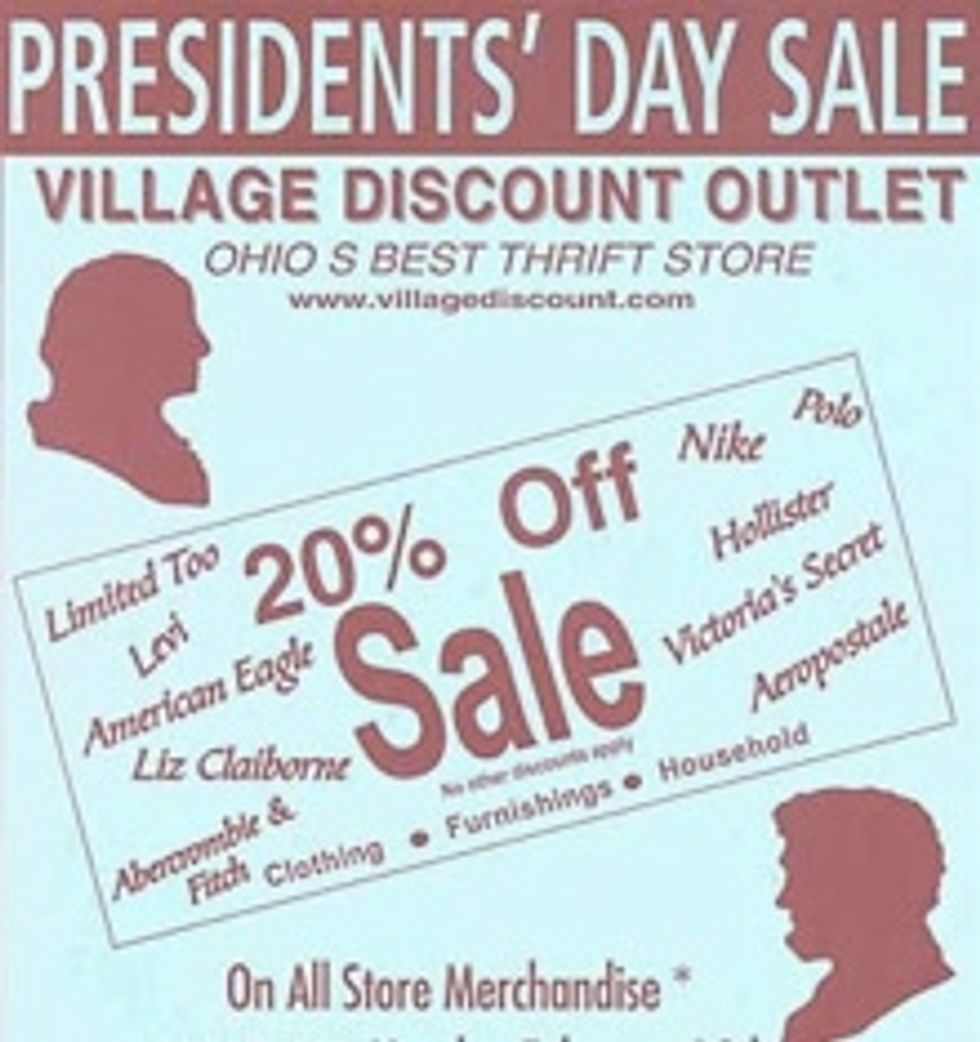 Did you know that according to THE LAW, this holiday is simply called "Washington's Birthday" and not "President's Day," as the mattress stores and car dealers have taught you to believe. According to one person on the Internet, the misconception -- like most misconceptions, as well as abortion -- stems from some liberals getting together back in the day and trying to ruin America.

This guy on the Internet, "Mike gamecock DeVine" of the RedState blog community, links to this history of the name:

In 1968, Congress passed the Monday Holidays Act, which moved the official observance of Washington’s birthday from Feb. 22 to the third Monday in February. Some reformers had wanted to change the name of the holiday as well, to Presidents' Day, in honor of both Lincoln and Washington, but that proposal was rejected by Congress, and the holiday remained officially Washington’s Birthday.

Nevertheless, there was a popular misconception that the day had been officially renamed…While the name change has never been authorized by Congress, it has gained a strong hold on the public consciousness, and is generally used on calendars, in advertising, and even by many government agencies. There have been attempts to introduce legislation requiring federal agencies to call the day Washington’s Birthday, but these have never gotten very far. No matter what’s in the law books, the popular usage is now well established…

Did you think that basic and possibly accurate description was awful and unpatriotic and liberally biased? Heh... heh... you retarded liberals believe everything. "gamecock" over there has the REAL history for you:

Reformers? Code word for the liberals that have been trashing American history as a tragedy and the Founding Fathers as mere slave owners for the past 40 years.

Their propaganda in academia and media is the reason for the so-called “strong hold” of the false name of the holiday on the public consciousness. The liberal that wrote the above let’s her guard down when she mentions her dismissal of the law. Their contempt for the real America and the Founders extends to the framers of the highest law that is the U.S. Constitution, so why would they have any respect for a “mere” statute? The only “law” they respect are those made up by activist judges that violate their Oath to uphold the Constitution.

Yet, all the “reformers” care to recall is that he was a slaveowner. Yes, he was a slaveowner, but he fathered a nation that put slavery on the path to destruction and which has freed more of humanity from tyranny than in all of human history. Ironically, many of the so-called reformers that would have us celebrate James Buchanan, Andrew Johnson and Richard Nixon, also conveniently looked the other way when evaluating the greatest enslavers and murderers of humanity in the Soviet Union and Red China.

FINE WE'LL CALL IT WASHINGTON DAY, good sweet crikey fuck, man. Sounds like someone still hasn't gotten over what Lincoln did to the South, hmm?