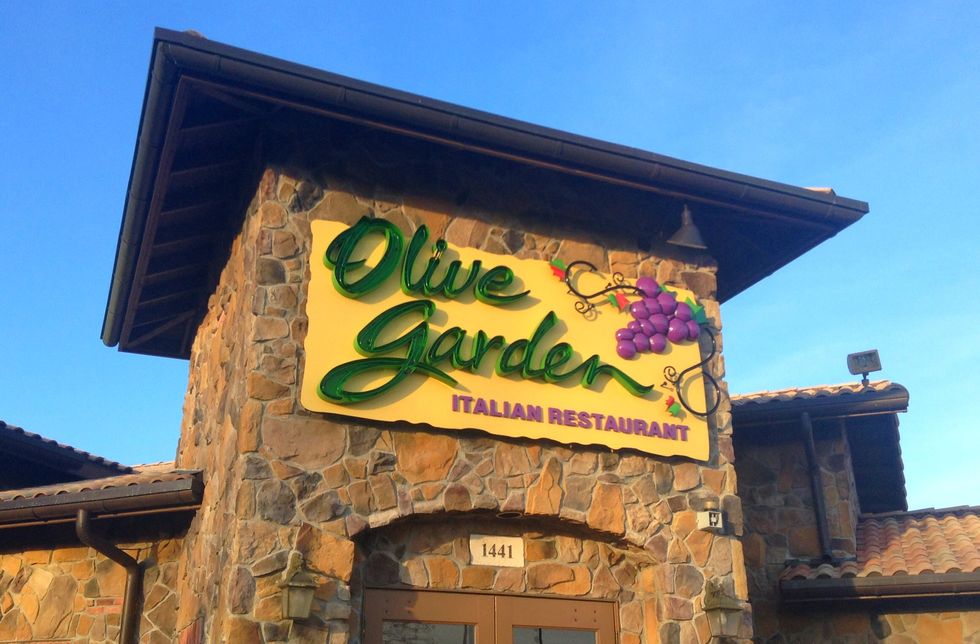 Hey, remember our old friends, Darden Restaurants? They're the dickbag parent company of Olive Garden, Longhorn Steakhouse, and (formerly) Red Lobster, who (allegedly knowingly) source from slave labor and who are legendary within the restaurant industry for screwing over their workers. Yeah, turns out they have a fun new way of screwing their employees out of their hard-earned money. The best part? It's (mostly) perfectly legal.

The secret is a fun (not at all fun) method of paying their employees called payroll cards. The way payroll cards work is that instead of actual paychecks, employees are given what amounts to a debit card they can use to access their pay. Some (assholes) have argued that this is actually good for workers, because it means they can access their money immediately. But a new report from Restaurant Opportunities Centers United sheds some light on the practice and, well ... Darden doesn't come out of it looking pretty. Among other things, the report found that:

Payroll cards are great for banks: they get to charge exorbitant ATM fees to people whom they would otherwise have never been able to gouge. They're just as great for the companies themselves, especially in Darden's case: all told, the practice of using payroll cards saves the company $5 million per year, according to the report. The only people they're not great for are actual workers, who (as per usual) get hosed in a big way.

"But how can this be legal?" you ask. "Surely, this is America, where we won't tolerate this sort of thing?" Oh, you sweet summer child.

OK, technically, that's not fair: payroll cards actually ARE of dubious legality -- at least when it comes to their exclusive use. Most importantly for purposes of this discussion, federal courts have ruled that employers must provide an alternative choice for employees other than a payroll card. Unfortunately, that isn't what happens in practice, and Darden is no different: 26% of those surveyed in the report said they were never given an alternative method of payment aside from payroll cards. To put it succinctly, that is a big fuckin' no-no from the purveyor of never-ending D-grade breadsticks.

Darden is far from the only company to do this (Applebee's was doing it back in 2008 when I was working for them, and I was never given the option of an alternative method of payment), of course; if there's one sort of innovation guaranteed to catch on within the restaurant industry, it's a new way to screw their workers. But since Darden has a history of employee fuckery, it's more than fair to single them out.

Basically, fuck 'em; they're a worthless company and the world would be a better place if every one of their board members and high-level management staff were thrown in jail. Unfortunately, Managing With Intent To Be A Dickbag isn't a crime, so the best we can probably hope for is some major lawsuits, and to that end, all we can say is "OHPLEASEOHPLEASEOHPLEASEOHPLEASE."