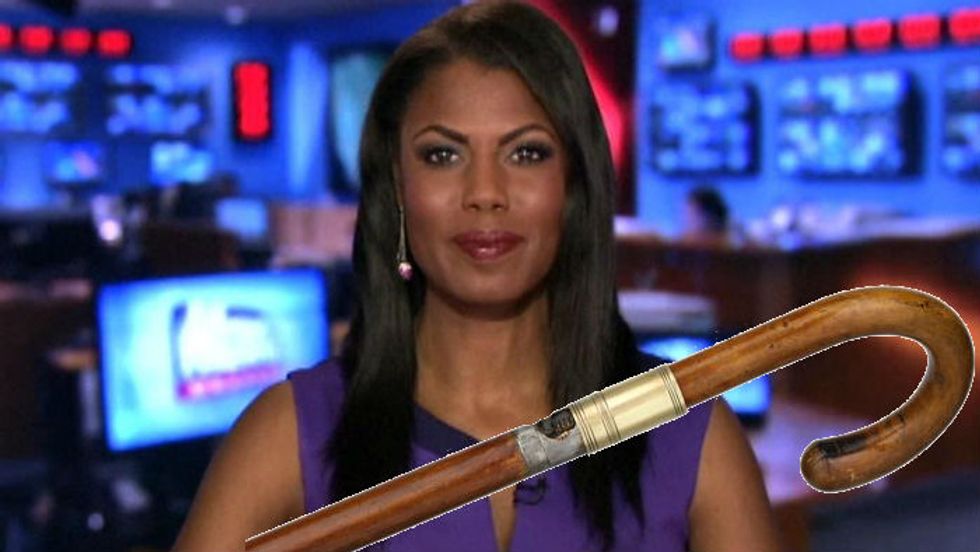 Early yesterday morning, reports surfaced that John Kelly YOU'RE FIRED former Apprentice contestant Omarosa Manigault from the White House, or that she resigned her position of her own accord, or that he YOU'RE FIRED her but also she was planning on leaving anyway.

According to TMZ, Manigault was totally planning on quitting anyway because she was not happy with how Trump handled racial issues, specifically Charlottesville and his support of noted racist person Roy Moore.

Sources close to Omarosa tell us she started thinking about resigning back in August after the Charlottesville riots, because she disagreed with Trump's handling of the crisis. We're told she took issue with Trump saying there were good people on both sides ... which, of course, included the neo-Nazis.

Hate to say it, but that seems like some bullshit. She's known Donald Trump for years. She was, presumably, conscious during the majority of the 2016 election. What about any of this could possibly have come as a surprise to her? If you ask me, "sources close to Omarosa" are trying to prepare a narrative in which she gets to exit the Trump administration with some dignity.

The story now, however, is largely that John Kelly fired her for a variety of reasons -- starting with the fact that he wasn't entirely sure what it was she was supposed to be doing there to warrant her six-figure salary, the fact that she wasn't getting along with anyone, and also because she was constantly whispering in Trump's ear and getting him all worked up about stuff.

One of the sources for this angle is her former friend reporter April Ryan, with whom she had a very public falling out over her involvement in the Trump campaign.

According to Ryan, during the negotiations for her exit next month, Omarosa lost her shit and threw a temper tantrum in which she was “vulgar, cursing, very animated.” She then attempted to somehow get into Trump's residence in order to talk to him directly -- and according to both Ryan and sources at the Wall Street Journal, was “physically dragged and escorted off the campus.”

Below is a dramatic reenactment of that event:

Earlier this year, Omarosa reportedly told April Ryan that she was going to "destroy her career." Evidently, this did not work out as she had planned.

Wonkette only hires the best people! Help us keep doing that by clicking on this link and leaving us a tip!