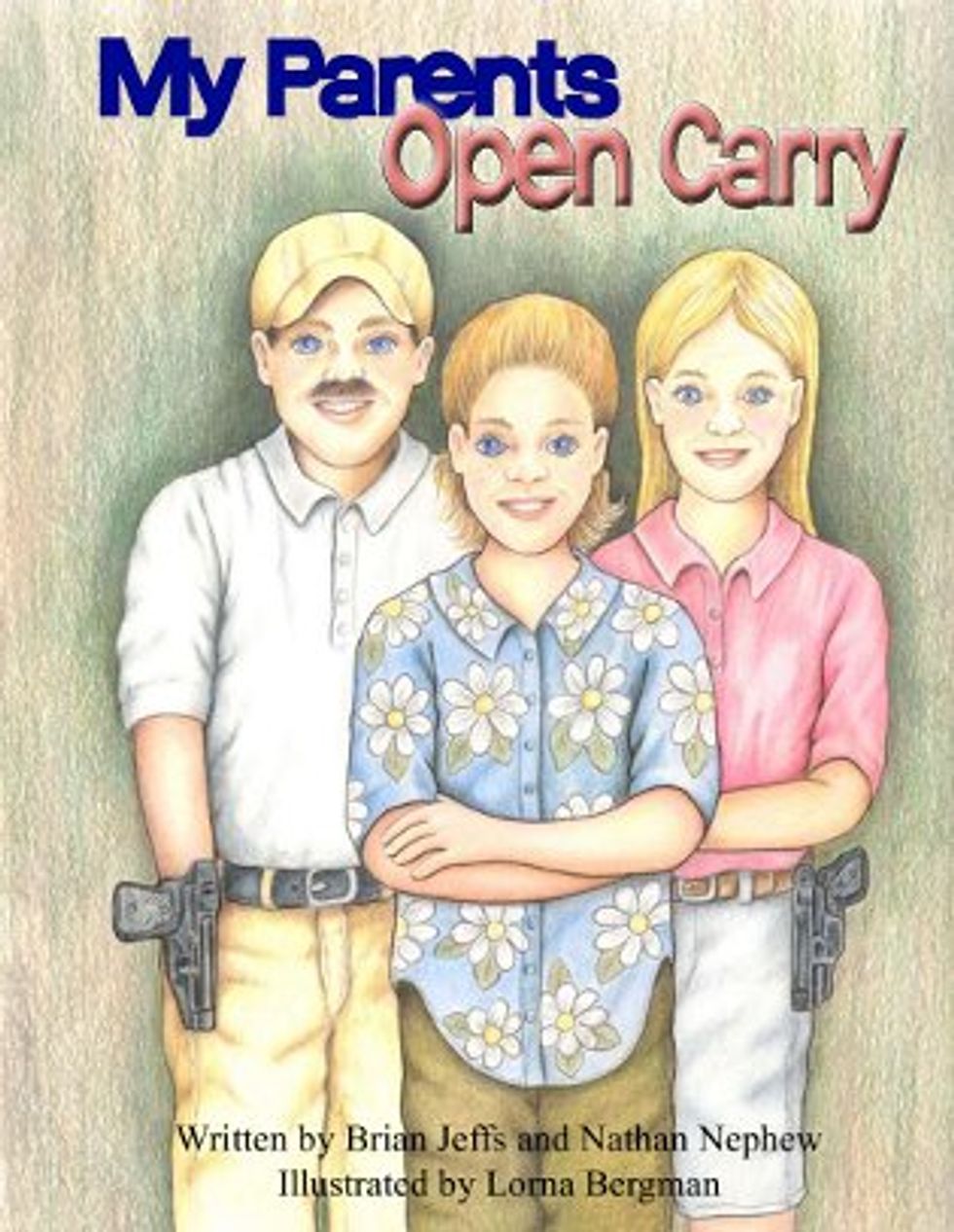 No one could have predicted something like this: Dereck Simonsmeier, a 24-year-old Responsible Gun Owner and advocate of going around armed all the time, because the Constitution lets you, gained some bigtime attention a week back when he wrote an impassioned guest column for theWausau Daily Herald about being victimized for his commitment to the Second Amendment:

I am an American citizen, a college graduate, an Iraq War veteran, a brother, a friend, a role model and very soon I will be an uncle ... I carry a firearm, concealed or open, legally, for the protection of myself, my family and my friends.

I do not carry it to be tough or to start a fight; I carry it because it is my right and to protect the ones I love. Yet even with the welfare of others in mind, I am scrutinized and mocked for exercising my Second Amendment right.

So in addition to the Remington 1911 .45 ACP in his holster, he also open carries a chip on his shoulder.

Well here's a surprise: within a week of writing about his beautiful constitutional rights (and the horrifying experience of being asked to leave a Pick ’N Save store because other shoppers were nervous about the man with the gun), Dereck Simonsmeier is now locked up in jail, accused of having threatened a man at gunpoint. We want to know what he did to get the attention of the Gods of Irony.

In his column, Simonsmeier wrote about the embarrassment and shame he was subjected to when asked to leave the Pick 'N Save, of all the excellent reasons he had for carrying his gun, all ignored by the imperious little manager:

I told him that Wisconsin has open carry and does not require a permit for a person to carry a loaded firearm on his or her body in plain view. I did my best to cite the statutes for open carry, and pointed out that Pick ’N Save had not posted a sign banning firearms on their premises.

But the manager still asked him to leave, and he went outside to wait while his friend finished shopping, completely unprotected! He stood outside in the subzero weather, texting his friends and "telling them that I felt my rights had been violated and asking them about my options." And look at how he suffered because of the manager's unreasonable fears:

The cold had numbed my arms and severely restricted the movement of my hands and fingers. If I had needed to draw my weapon in the Pick ’N Save parking lot, I would have been unsuccessful.

We are freaks, obviously, because we do not spend our days thinking about being ready to draw a gun and shoot bad guys every moment of the day. When we get cold, our first thought is not that our reaction time in a shootout will be impaired.

So, fast forward a few days, and Our Hero, now a hero of gun-fondling blogs, gets a phone call on Wednesday from a friend having a fight with her roommate. Simonsmeier and two pals, Danny Price, 32, and Shannon Wheeler, 25, came to the friend's aid, all armed of course, because Constitution and self-protection. Details are a bit sketchy, but the three friends were arrested and charged with endangering safety after they reportedly threatened the man who didn't want to leave the home he shared with their friend. Self-protection definitely includes drawing a gun on people who won't do what you want them to, doesn't it?

The police seized the guns, including the .45 that was definitely not a threat in that supermarket. The Wausau Daily Herald notes that Simonsmeier's is "the third Marathon County case during the past year in which a man with a concealed carry permit was accused of a gun-related crime." On the other hand, there's no telling how many times guns were used to save a life, or to persuade a reluctant roommate to move out. We bet the liberal media doesn't even care about how useful a gun can be when you're arguing over who left the dirty dishes in the sink.

Follow Doktor Zoom on Twitter. You should know by now that he's just happy to see you.