Open Thread: A Florida Gentleman Named Elvis, His AR-15, A Car, And Some Cows 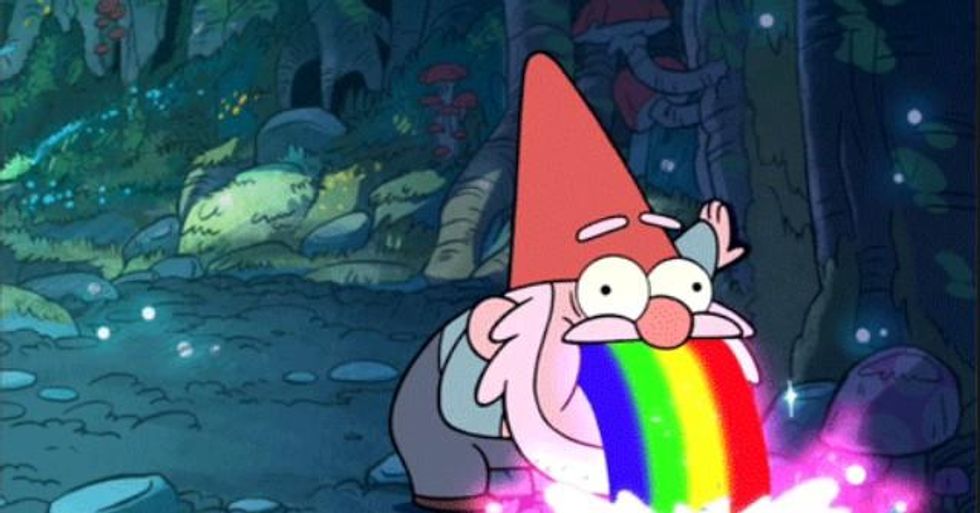 You know how sometimes Yr Wonket will write a story about some lowlife crimer person who's done some incredibly stupid crime thing, often in Florida (but not exclusively), and we'll say the person sounds like they may have escaped from a Carl Hiaasen novel? Today, we'll go one better: the link to the story comes from Carl Hiaasen the man himself:

One lily, gilded. Or something.

So here's what happened: A dude named Elvis Antonio Artola, either 33 or 30 depending on the source you read, has been jailed on multiple charges after shooting an AR-15 style semiautomatic rifle from a car at several cows. While on a Florida turnpike. But -- and this is a crucial detail -- not while driving. See, little things like that can make a story fall just short of perfection.

However, you'll be glad to know that, according to WFTV news, state troopers aren't certain whether Elvis hit anything, particularly the aforesaid cows. As ever, we will defer to the blockquoted original reporting, since we doubt we could top it:

Trooper Konner Achors said he was on routine patrol Sunday when he received a call that someone in a blue Hyundai Sonata was shooting a rifle at cows along Osceola Parkway in Kissimmee.

Achors found the vehicle matching that description and pulled over the vehicle in Orange County. Artola was in the passenger seat and when questioned if he was firing off the rifle, he said no, troopers said [...]

The driver of the vehicle told troopers he stopped along the side of the Turnpike so Artola could use the restroom. He said Artola stepped out of the vehicle with a rifle in his hand and fired into the woods several times.

Artola refused to answer officers' questions when he was arrested, but with the driver's cooperation, a fully loaded AR-15 style rifle was recovered from the trunk. A video accompanying the story offers the crucial -- and thoroughly unanticipated -- detail that Mr. Artola was likely intoxicated at the time.

Enjoy your open thread. And keep watching YouTube for the inevitable country-western ballad.