Oregon Militia Will Beg For Snacks In Jail After Fed Shootout Leaves 1 Dead, 8 In Custody 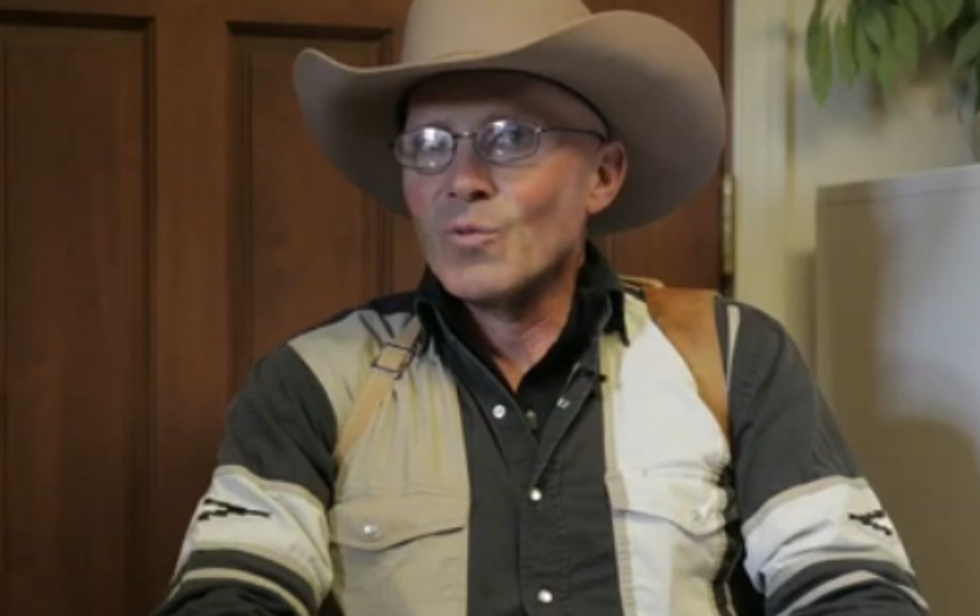 Robert "LaVoy" Finicum, who died in the shootout.

Guys, we are not sure, but we think big gub'mint tyranny may have winned. How else to explain what transpired Tuesday night as jackbooted feds descended upon the Oregon militia boys (and little girls!) illegally occupying the Malheur National Wildlife Refuge, during a traffic stop, and started a shooty-shooty, which ended with the feds arresting dingbat militia leader Ammon Bundy and six other constitutionally ignorant dongbeavers. The shootout claimed one casualty, 55-year-old Robert "LaVoy" Finicum, the group's spokesman. Bundy BFF and militia dickwhistle Jon Ritzheimer turned himself in and was subsequently arrested in Peoria, Arizona, around the same time, according to the FBI.

[contextly_sidebar id="oVTyKTLjBymPYBWVn5EVlp2Msz4qEeaQ"]According to what Ammon Bundy told his wife, as reported by another dingbat, Nevada Assemblywoman and big-tittied militia fetishist Michele Fiore, the shooting was TOTALLY UNPROVOKED, so we guess BLM stands for Bundy Lives Matter now, who even knows?

Fiore, a vocal supporter of the Bundy family, said that Ammon Bundy told his wife that Finicum was cooperating with police when he was shot.

But sources told The Oregonian/OregonLive that Finicum and Ryan Bundy disobeyed orders to surrender and resisted arrest.

Oh, so maybe it wasn't completely "Hands Up Don't Shoot."

Ryan Bundy got shooted too, by the way, but did not die.

You'll remember LaVoy Finicum as the dude who was interviewed under a tarp, either because it was cold or because that's where he chose to hide from the government on national television. Oh, and his code name may or may not have been "Fluffy Unicorn," because why wouldn't it be?

While it's easy to laugh, Wonkette takes no pleasure in this guy dying. Dude was a nutbag, obviously, because he was prepared to die for the "noble" cause of teaching the federal government a lesson about whether or not it's allowed to own land (obviously not, according to these morons). However, he also talked lovingly about his family in this interview with NBC News, and we're sorry for pain they're in right now.

Now look, commenters: We know there are parts of this story that are funny. The dead guy is not the funny part. And let's all remember to obey the fucking Rules For Commenting Radicals, OK? We don't want to have to do any jackbooted tyranny to you by threatening you with the Banhammer Of Loving Correction.

You may commence to making comments, which are not allowed.