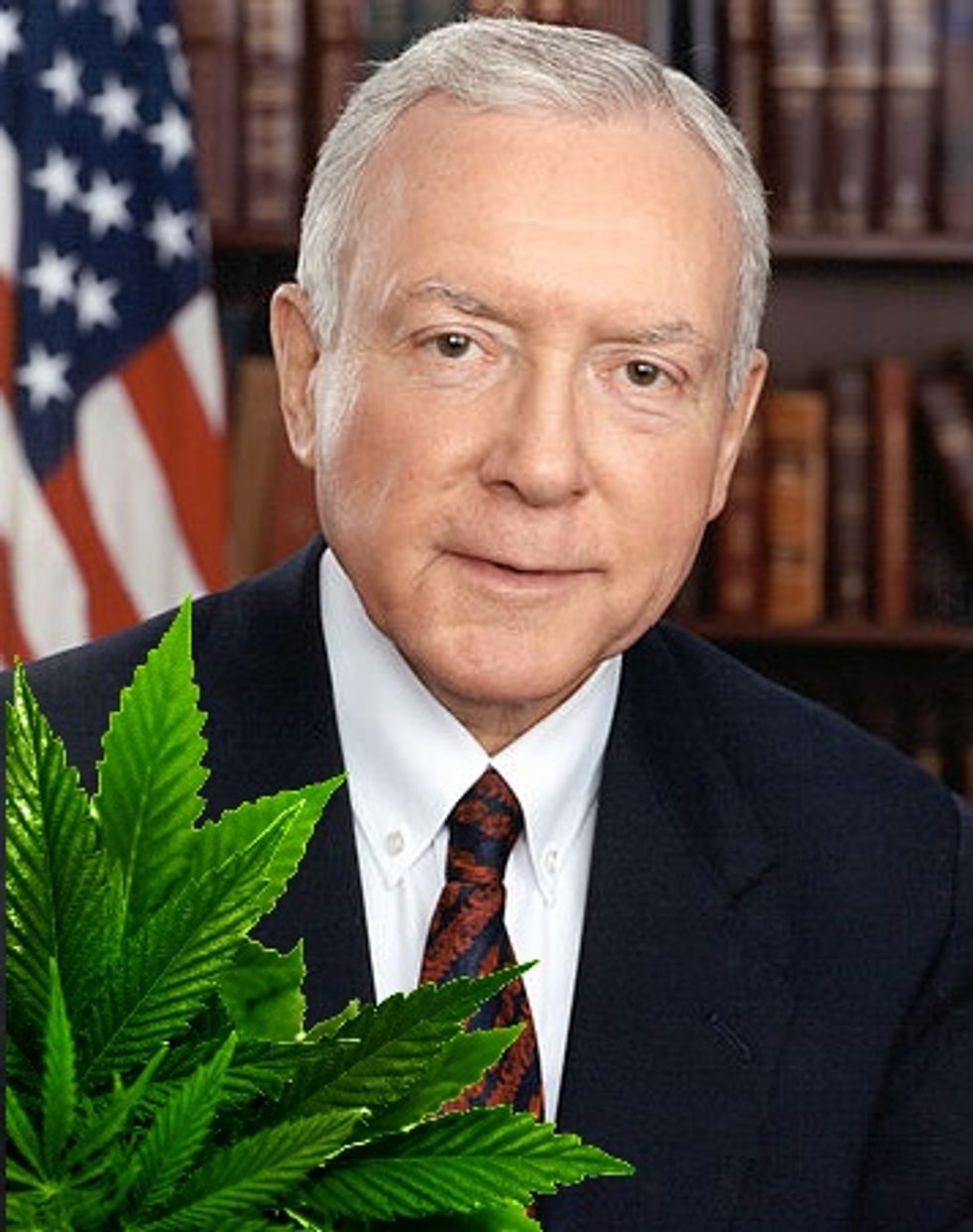 Utah Republican Orrin Hatch has never struck most people as a load of laughs -- although we should note that he and Al Franken did write a country song together -- so maybe Hatch is the perfect, straitlaced kind of guy to introduce a bill supporting formal research on the uses of marijuana in medicine. He wants to reduce the “bureaucratic red tape and over-regulation” that have prevented serious controlled studies from being done on the effectiveness of cannabis, seeing as how so many states have legalized prescriptions for the kind bud, but much of the research on its possible benefits remains anecdotal.

The bill, the "Marijuana Effective Drug Study (MEDS) Act of 2017," would encourage more research by streamlining approval of research, making marijuana more available to researchers, and directing the National Institute on Drug Abuse (NIDA) to "develop and publish recommendations for good manufacturing practices for growing and producing marijuana for research."

Oh, but there is a downside. Hatch's press release is just one godawful Dad Pun after another:

“It’s high time to address research into medical marijuana,” Hatch said. “Our country has experimented with a variety of state solutions without properly delving into the weeds on the effectiveness, safety, dosing, administration, and quality of medical marijuana. All the while, the federal government strains to enforce regulations that sometimes do more harm than good. To be blunt, we need to remove the administrative barriers preventing legitimate research into medical marijuana, which is why I’ve decided to roll out the MEDS Act.”

“I urge my colleagues to join Senator Schatz and me in our joint effort to help thousands of Americans suffering from a wide-range of diseases and disorders. In a Washington at war with itself, I have high hopes that this bipartisan initiative can be a kumbaya moment for both parties.”

The whole thing is rather a surprise, since Senator Hatch, well known for his conservative credentials, is the last guy you'd expect to pass anything to the left. And while Hatch remains opposed to recreational weed, on medical research, he seems to have turned over a new leaf.

The bill's cosponsors include Brian Schatz of Hawaii, Chris Coons of Delaware, Cory Gardner of Colorado, and Thom Tillis of North Carolina. Ted Cruz wanted to sign on, but the other senators just laughed and got him to sponsor a bill advocating medical uses of oregano.

Also, we must put Orrin Hash ON NOTICE: Crappy Dad Puns are Yr Wonkette's field of endeavor, and we don't need some Orrin-come-lately bogarting all the lousy jokes.

We would reefer you to our barrister, David "Cheech" Vholes, Esq., but we are informed Dave's not here, man.

OK, as they say in the White House press corps, that's a lid on today's news, and it's your OPEN THREAD, Dude.