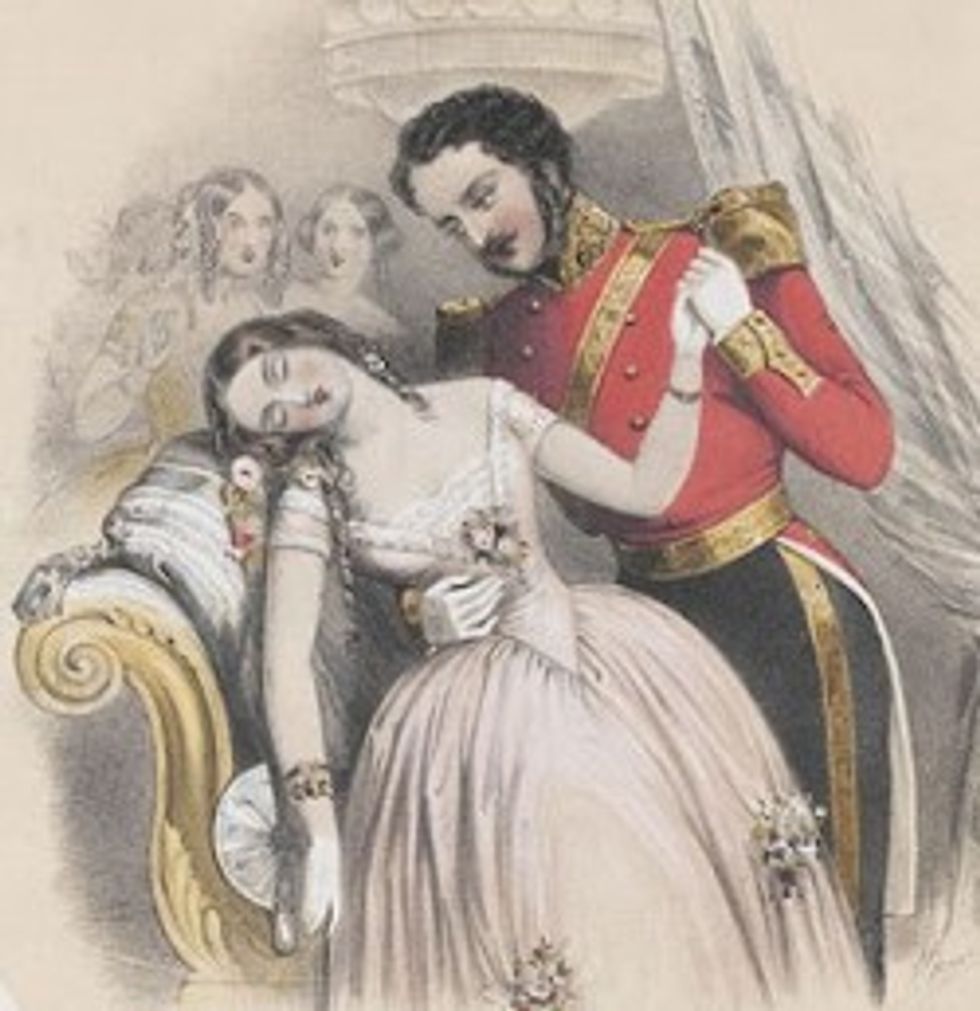 Richard Lugar, he of the many-termèd Indiana senate run, lost to fop Richard Mourdock in the state's Republican primary Tuesday night, because Lugar is AULDE and believes in a passé political system similar to the one that John McCain believed in before he became a born-again baby. In his concession speech, Lugar very clearly outlined the insanity of the present-day Republican party and the "headwinds" he faced as a bipartisan-loving old softy running against the passed wind of the Tea Party. Well, that upset some people, because it was so rude. Melinda Henneberger of preeminent feminist blog SHE [UNDERSCORED WITH LIPSTICK] THE PEOPLE is one such (she)rson, and as part of a new, promising tactic at the Washington Post, Henneberger both cut and pasted bits of Lugar's speech AND took on the voice of Lugar for her "news" "article" this morning and it's probably going to get at least four pageviews discounting her own endless "open page in new tab" efforts. In her biggest play of the post, Henneberger says the Lugar campaign staff really should have "seen to it" that Lugar's concession speech "was eaten by a computer virus." OOOOOOOOOOOOOH.

The number of original words in Henneberger's post? About 180! Most of them exist in this paragraph:

A moment like this is one in which others should be -- and were -- touting your storied and honorable career, Senator. Yet there you are, undercutting their kind words by going on (and on) about being right in all regards.

Nice. But Lugar's words are far more sassy than this lady's attempts at jokes:

If Mr. Mourdock is elected, I want him to be a good Senator. But that will require him to revise his stated goal of bringing more partisanship to Washington. He and I share many positions, but his embrace of an unrelenting partisan mindset is irreconcilable with my philosophy of governance and my experience of what brings results for Hoosiers in the Senate. In effect, what he has promised in this campaign is reflexive votes for a rejectionist orthodoxy and rigid opposition to the actions and proposals of the other party.

Yes, well, Mourdock is a real winner, and disgustingly, Lugar said last night that he would still like to see Mourdock beat his Democratic opponent, Rep. Joe Donnelly. Among Mourdock's accomplishments in life thus far, he has "questioned the constitutionality of Medicare and Social Security" and has called a lawsuit about the validity of the government's backing of Chrysler's bankruptcy his "Rosa Parks moment. I knew there would be consequences for taking this on." Hmm, what are those consequences? Fiscally conservative and ignorant white men finally being free to live as equals in the eyes of society? No, fiscally conservative and ignorant white men still have a long way to go in their hard and long-overdue fight, because Mourdock lost the case. [Washington Post/The Hill]