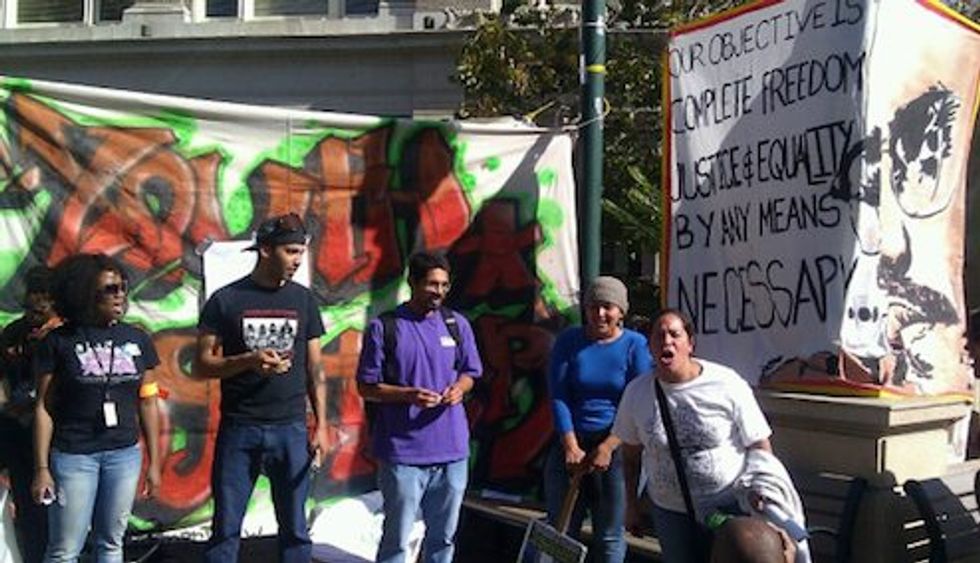 The first call for a General Strike in the Occupy Everything movement has apparently resulted in ... a General Strike, in Oakland. The Port of Oakland is reportedly closed off (by road, anyway), a bunch of big stores have shut down in solidarity/fear, schools are closed and the teachers have joined the strike, thousands are marching around with the requisite banners, Berkeley students are headed down, cops are behaving for the time being, even little children are stomping around demanding fairness & cookies, and people are holding up signs that say "Oakland Commune" ... which is interesting.

The "Paris Commune" was the storied takeover/occupation of Paris by its citizenry in 1871, when the repressive commercial/military leadership of the French capital basically ran away. The crazy time started with a mass demonstration of more than 100,000 Parisians against Bonaparte's failing Second Empire, and what eventually transpired was an amazing three months when Paris was a self-governed festival of fun.

(The Paris Commune eventually ended with the execution of about 20,000 anarcho-communists and the resumption of imperialist capitalism/worker exploitation.)

Anyway, Oakland! Hard to say exactly what's going on, what with the failure of the LiveStream video cams and the schoolmarm coverage by local "public broadcasters." The Twitter feed is the most useful media, right now. And may American Jesus forgive us for typing those words. This Chicago radio station (?) has a good update, too. Also, of course: The Guardian with its Occupy Oakland General Strike blog.