Palin Cameraman Has Won Many Awards! 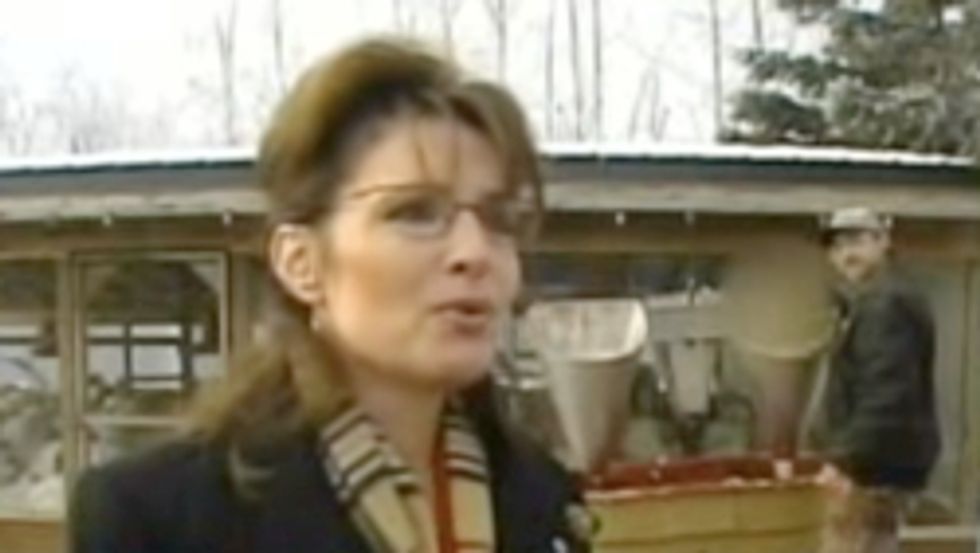 Yeah so that guy who filmed Sarah Palinwarbling nonsense in front of a parade of beheaded turkeys? Various news reports have said he is "an award-winning chief photographer," and this is true. This fellow, Scott Jensen, was the National Press Photographers Association's TV News Photojournalist of the Year -- twice! And now we see why. Part of what makes that Palin video so delicious is the fact that the shot really is perfectly set up: we get an unobstructed view of that creepy butcher, plus vivid red turkey blood and of course the harsh unflattering bronze of Sarah Palin's blush. Scott Jensen is an American hero. [The Digital Journalist]