Pat Buchanan: When Will The Gays Stop Oppressing Putin? 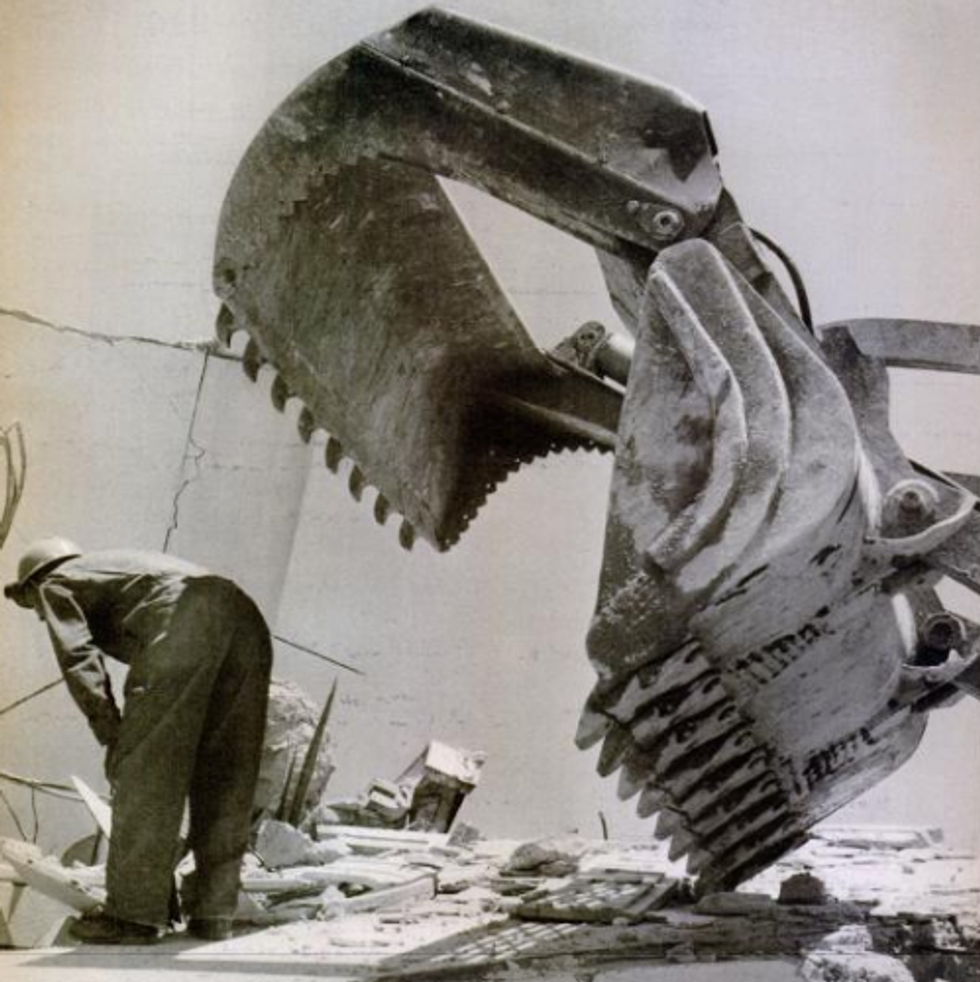 Are you mad at Russia for doing this whole "arrest anybody who might like gay people" thing? Well then Pat Buchanan is mad at you. Probably. We can't really tell, but he wrote some kind of opinion piece about it where he's mad at Jay Leno for saying Russian "homosexual propaganda" laws sounded like Hitler-talk, or something. If someone translates the column into English, we will know for sure, but otherwise we will have to muddle through with whatever it is Mr. Buchanan has farted out.

"Medieval," howled The Washington Post. "Mr. Putin's war" on gays and lesbians is "part and parcel of his lapse into xenophobia, religious chauvinism and general intolerance." ...

Our moral and cultural elites have put Putin on notice: Get in step with us on homosexual rights -- or we may just boycott your Sochi games.

What this reveals is the distance America has traveled, morally and culturally, in a few short years, and our amnesia about who we Americans once were, and what it is we once believed.

We shouldn't be mad at Russia for being anti-gay, you see, because back in the good ol' days, we were anti-gay too!

What horrifying misrepresentation is first?

Only yesterday, homosexual sodomy, which Thomas Jefferson said should be treated like rape, was outlawed in many states and same-sex marriage was regarded as an absurdity.

Was that America we grew up in really like Nazi Germany?

We said first horrifying misrepresentation, Pat, not ALL THE HORRIFYING MISREPRESENTATIONS. We are not going to bother googling whether or not Jefferson said that, because the NSA is watching and also because it's completely fucking irrelevant — he died 187 years ago and was in charge of a country in which black people and women were property.

When the Socialist regime of Francois Hollande enacted a law endorsing same-sex marriage, a million Frenchmen marched in protest in Paris. Is America on Hollande's side, or the side of the protesters?

When the ultra-Orthodox haredim of Jerusalem denounce the annual gay pride parade in the Holy City, whose side is America on?

There's no real point to this blockquote, other than to demonstrate that Buchanan either doesn't have an editor or has one who hates him and wants him to look stupid. "Oh, you like the pride parade? WHY DO YOU HATE JEWS?!?!"

But now we are getting to what might be his point: That everyone is super mean to Christians. Poor Christians, all they want to do is vilify entire groups of people who aren't harming anyone at all, and then throw them in jail, and everyone is CALLING THEM JERKS! That is so mean! All these particular Christians want to do is use the government to enforce their iron-age sexual mores, is that so much to ask?

Has Obama ever spoken out so forcefully for international action to save Christians? Has The New York Times ever exhibited a fraction of the concern for persecuted Christians it daily exhibits for harassed homosexuals?

Putin is trying to re-establish the Orthodox Church as the moral compass of the nation it had been for 1,000 years before Russia fell captive to the atheistic and pagan ideology of Marxism.

Let's just take a minute to appreciate this part, because it is artistic: Buchanan says "What the did the Post mean by 'religious chauvinism,'" like he's really offended, and then blubbers out the most religiously chauvinistic drivel anyone could have possibly driveled. "What do you mean, we think our religion is better than everyone else's? Come on — the situation is actually just that our religion IS better than everyone else's. Not our fault."

"The adoption of Christianity," declared Putin, "became a turning point in the fate of our fatherland, made it an inseparable part of the Christian civilization and helped turn it into one of the largest world powers."

BINGO! Barack Hussein hates Christians! In short: Putin isn't bad, because America used to hate gay people too, and that was fine for everyone, except for gay people, but obviously they don't count, it's OK for Christians to presume superiority since they really are superior, and Obama is a Muslim who gay-bangs the Washington Post. Thank you, and may God bless most of the normal people.