Pat Robertson: Don't Touch That Orphan, You Don't Know Where It's Been 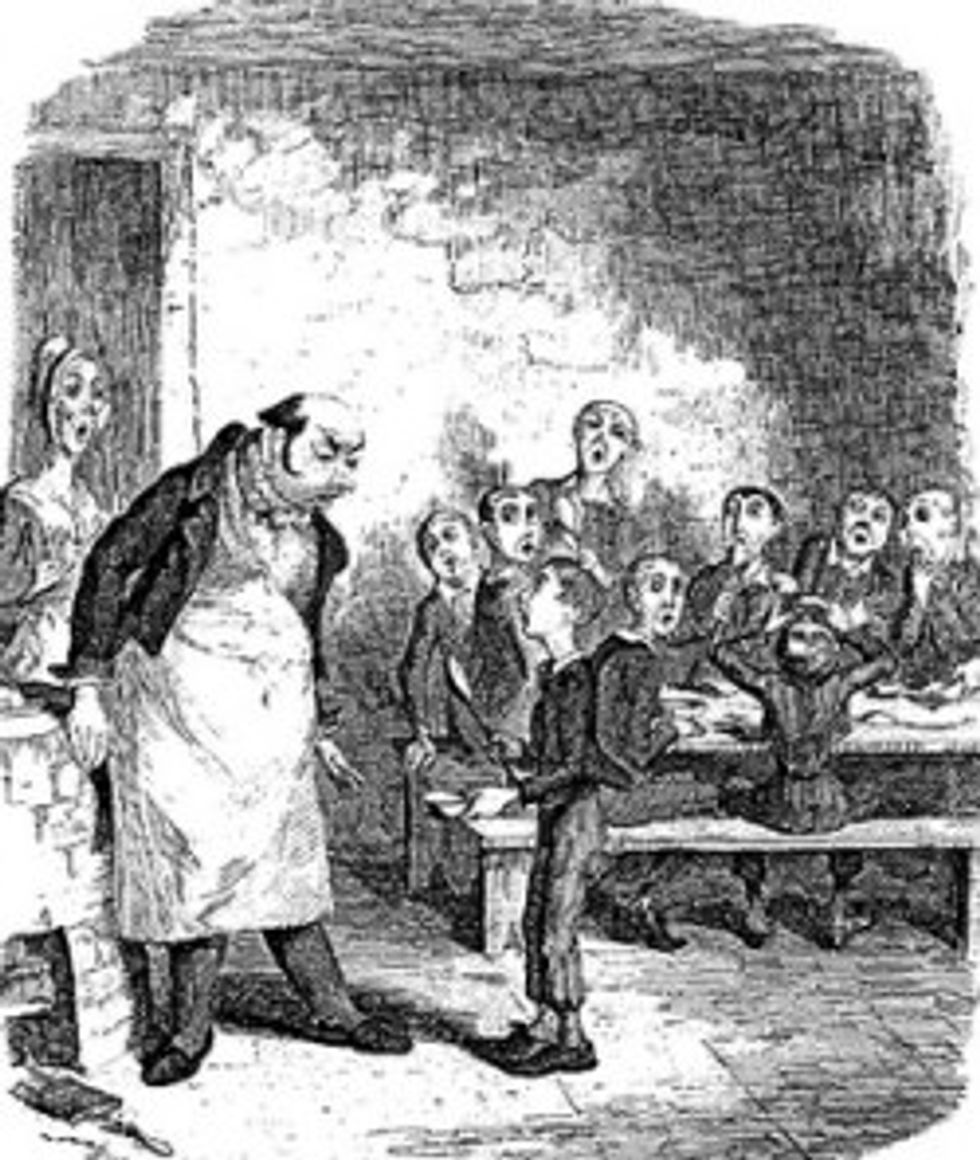 National comedic treasure Pat Robertson has once againallowed words to come out of his face, triggering a Severe WTF Warning from the National Surrealism Agency. On a segment of his 700 Club television program, Robertson and co-host Kristi Watts were doing a Dear Abby style thing, giving people the same sort of smart, well-grounded advice that has become a Pat Robertson trademark.

In response to a woman's question about why men don't want to keep dating her when they find out that she has three adopted children from different countries, Watts began to say that it was because the men "are dogs ... That’s just wrong on every level.” Then Robertson jumped in, gently correcting the poor misguided lady, because what does she know, being a woman and all? "No, it’s not wrong. A man doesn’t want to take on the United Nations, and this woman’s got all these various children and blended family. What is it?" Exactly! What is it?It's just a big old mess of different colors and face shapes that will NEVER look right on a Christmas card, is what it is, and by the time the lady has finished explaining what each ungodly kid is, most menfolk will have lost interest. Besides, Jesus never said anything about taking in strangers or anything like that, now did he?

Robertson then went on to tell a heartwarming story about a "dear friend" who adopted a Mexican child from some Mexican country like Colombia, only the kid had brain damage and "grew up weird." He did not elaborate, but we think maybe he meant "became a televangelist." (BOOM!) Robertson went on, offering the sort of advice that is equally applicable to buying a used car or adopting a child:

"You just never know what's been done to a child before you get that child; what kind of sexual abuse there has been, what kind of cruelty, what kind of food deprivation, etc., etc, etc. So, you’re not a dog because you don’t want to take on that responsibility. You don’t have to take on somebody else’s problems. I mean, you really don't.

You can go help people, you can minister to people...We ministered to orphans all over the world, thousands of them. We love orphans, we love helpin' people. But that doesn't necessarily mean that I want to take all the orphans around the world into my home..."

Robertson then trailed off, adding, “OK, let’s get to the next question. I’m in trouble.”

It has been quite the week for Christianist America, what with the scary Islamics being so scary they have to be shot at, and the anti-gay people getting oppressed by the SPLC declaring open season on their security guard, and the mean scientists wanting Kentuckians to learn science, and flocks of good conservatives rushing to buy pies from that lady who, living out the wisdom of Matthew 25:42, told the poors to go be poor someplace else. And now we have Pat Robertson, who has added a small codicil to Matthew 18:5: "And whoever welcomes a little child like this in my name welcomes me, unless maybe that child is messed up somehow and could grow up weird. Ick."